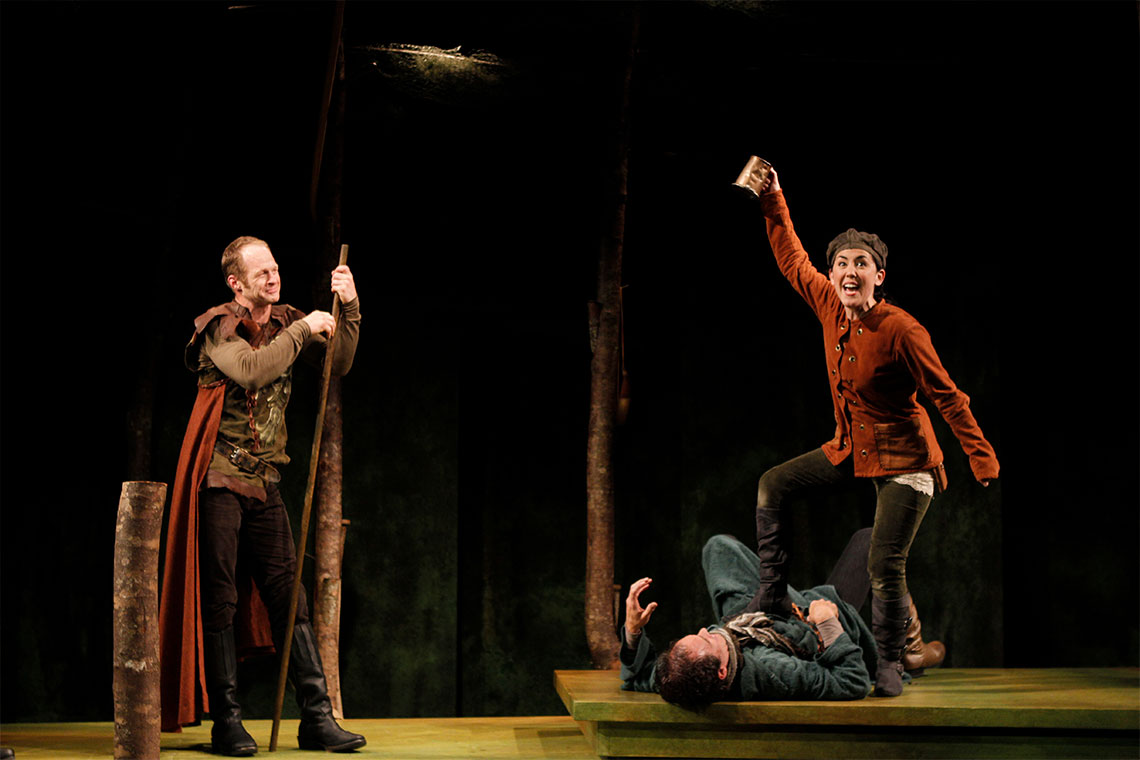 Robin Hood was very well done, as most all Seattle Children’s Theatre productions are.

I very much enjoyed seeing the same people perform the show since nearly the same cast did the show a few years before.

I also liked how the story was adventurous enough to have small fight scenes that the actors must have worked very hard on.

My favorite character was the sheriff because the actor [Basil Harris] really brought out that specific character quite well, portraying the evil bumbling sheriff quite nicely. I also enjoyed Prince John [played by David Quicksall]. He’s my second favorite character because he had a weird, crazy role that was good weird and pretty childish and kind of crazy. But good crazy.

It was nice at intermission how they didn’t make the audience pay a lot of money on snacks! Most everything was $2 dollars and some of the drinks were only a buck! I had some hot tea and a Rice Krispy Treat.

Overall, I really thought Robin Hood was good the first time I saw it years ago. Now, it’s even better!

A poem by Grace Shipley, based on Robin Hood’s Sherwood Forest:

The deer turn to me, their beady eyes
always watching, as they run
back into the brush, the huckleberries
falling beneath their feet.

The orange fish dance in blankets
of waves and the river spirits
laugh as they speed ahead.

The trees drip with sunlight
as they bake under the sky’s sheet.
The sun burns a yellowy orange
and puts all of its power inot
warm summer says.

The monarchs fly overhead,
their patterns endless, like a maze
they swirl in and out of each
other until they must collide.

Robin Hood runs through May 17 at Seattle Children’s Theatre.