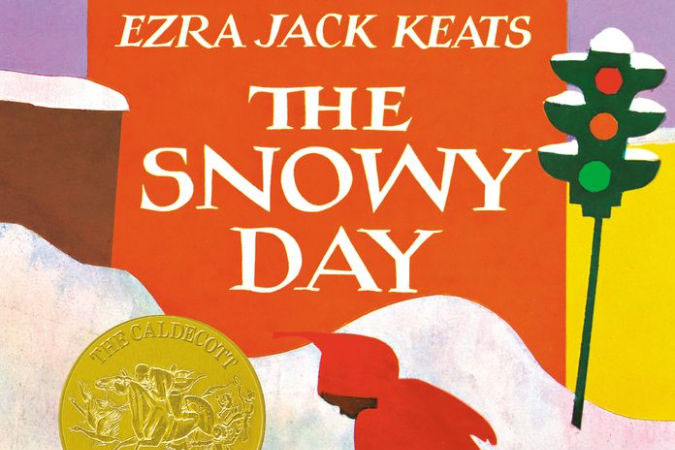 Opening this weekend at Seattle Children’s Theatre is The Snowy Day and Other Stories by Ezra Jack Keats.

Keats receieved the 1963 Caldecott Medal for his illustrations in the book. It’s about a boy named Peter exploring his neighborhood after a snow. Keats was inspired to write about Peter when he came upon photos in Life magazine featuring a young boy. Wanting to have more minority children as central characters in his stories, Peter was born on the page. The book was welcomed by educators and critics and embraced by the public for its racial representation in literature and the simple grace of the writing and illustration.

These days, there’s an ever growing movement to show more diversity in children’s stories due to the fact that a vast majority of them still have white protagonists. The movement’s unofficial home is We Need Diverse Books.

Let’s look at a few more books that highlight race and ethnicity.

Seattle’s own Sherman Alexie, a National Book Award-winner, wrote Thunder Boy Junior because he couldn’t find picture books about Native children set in the present. It celebrates the bond between a father and son.

National Book Award-winner Jacqueline Woodson’s story talks about the connections that bind African-Americans through the generations.

It is the story of a migrant rabbit family. Tonatiuh, a Mexican-American, won the Pura Belpre Award for it—a recognition presented to Latinx writers and illustrators whose work best portrays the Latino cultural experience in a work of literature for children or youth.

The story of a Korean boy who moves to West Virginia, it’s about finding connections in an unfamiliar world.

Want more titles? Try lists from The Guardian, Scholastic, and We Are Teachers.