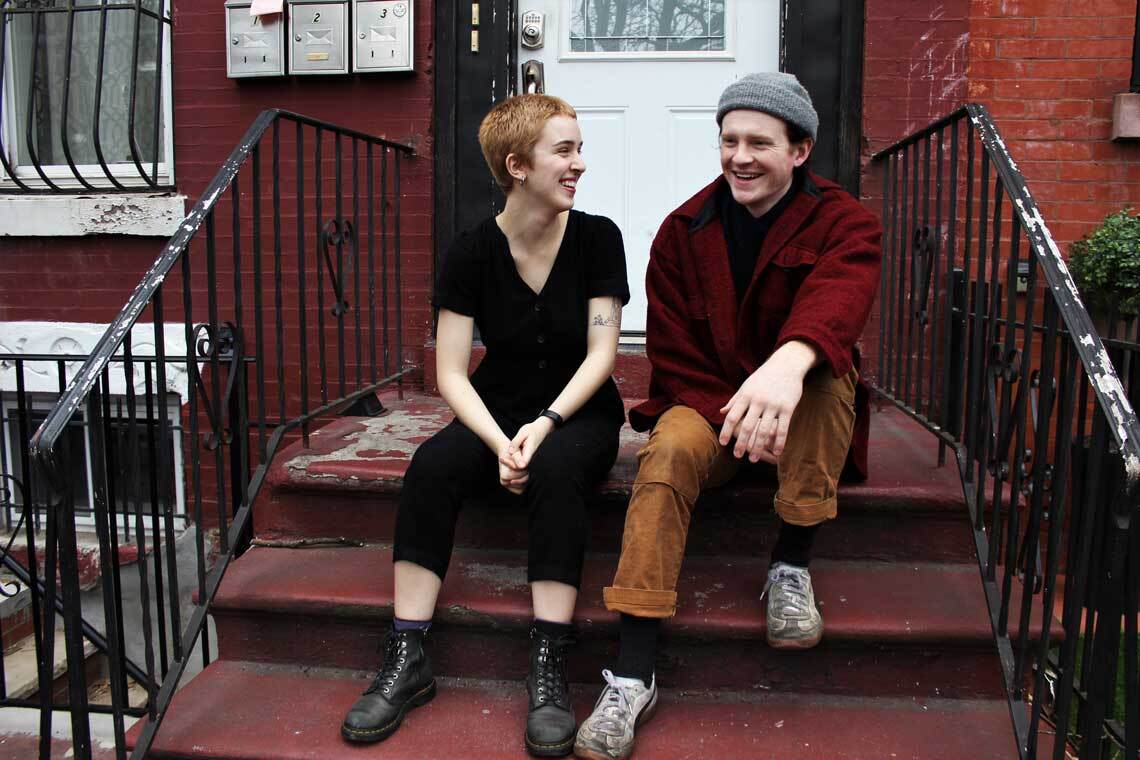 Alia Thomaier and Ricky Spaulding will be performing on April 19. Courtesy of the artists

Nexus will run April 17 to May 17, with a different couple performing the play each night.

In the midst of the COVID-19 pandemic, Seattle-based playwright and Encore Spotlight contributor Danielle Mohlman is bridging the digital divide with a three-week run of her two-character play Nexus, with a different quarantined set of actors performing the play live from their living room each night. Nexus, which was developed at Arena Stage from 2013–2014 before premiering at Hubbard Hall in Cambridge, NY in 2015, is a modern love story that explores what transpires when two people become addicted to each other. It’s a play about two people who can’t stop seeing each other, a theme that’s become increasingly literal in the age of self-quarantine.

Tickets to Nexus are pay what you can, with ticket sales going directly to the artists involved. The play will be performed on Zoom, with a different set of performers broadcasting live from their living room each night.

When two iPhone-armed strangers meet at a bus stop in Washington, DC, they’re entirely unprepared to spend three years falling in and out of love with each other. But, of course, that’s exactly what happens. This unexpectedly honest and refreshingly modern love story explores what transpires when two people become addicted to each other — putting them metaphorically on display at the Museum of Broken Relationships.

Danielle Mohlman is a nationally produced playwright based in Seattle, WA. Her plays have been developed or produced at Arena Stage, the Kennedy Center, the Cherry Lane Theatre, the National Museum of Women in the Arts, the Sewanee Writers’ Conference, Alliance of Resident Theatres/New York, Rorschach Theatre, Forum Theatre, dog & pony dc, Hubbard Hall, Pinky Swear Productions, Dreamwell Theatre, and Field Trip Theatre, among others.

Danielle is an alumna of Playwrights’ Arena at Arena Stage, the DC Commission on the Arts and Humanities Artist Fellowship, and the Umbrella Project Writers Group. She is a proud graduate of both Cal Poly Pomona and Emerson College.

Updated May 4, 2020: Nexus was originally scheduled to close on May 3, after a successful three-week run. The production is now scheduled to run until May 17. The extension week will include performances from Claire Idstrom and Dylan Zucati, Leah Sainz-Jones and Ben Swenson-Klatt, Kathryn Metzger and Rob Hille, and Julia Holden-Hunkins and Spencer Funk.

Tickets and more information can be found at daniellemohlman.com/nexus.