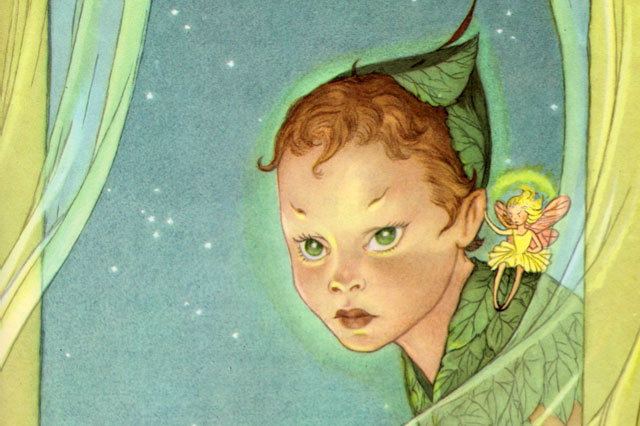 Peter Pan refuses to grow up. He was at ArtsWest recently in Peter and the Starcatcher; Berkeley Repertory Theatre, in the San Francisco Bay Area, recently did a production of For Peter Pan On Her 70th Birthday; at the Paramount Theatre, they will be presenting the theatrical event, Finding Neverland, telling the story behind the story of Peter Pan.

Here is a silent movie from 1924 starring Betty Bronson and Ernest Torrence. J.M. Barrie, Pan’s creator, wrote a screenplay for the movie, but Paramount used the original stage script instead.

There’s also the famous 1953 Disney version. It was entered into the Cannes Film Festival.

The Steven Spielberg-directed Hook was the 4th highest-grossing movie of 1991.

Return to Never Land was an authorized sequel to the original Disney movie.

The 2015 movie Pan, starring Hugh Jackman, did not do well at the box office.

Peter Pan was also turned into a musical stage adaptation in 1954. It was directed by the legendary Jerome Robbins.

And were you aware there is an opera?