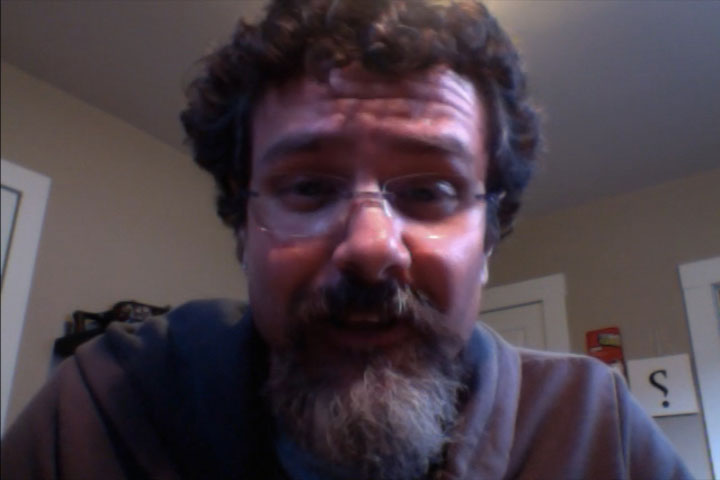 We’ve enlisted some of Seattle’s most creative and compelling theatre artists to contribute a recorded performance with only two rules: the final product must be 60 seconds or less, and it must be filmed on a webcam. Any other elements (sound, costume, set, post-production, etc.) are completely up to the artists.

This week’s installment features playwright and actor Scotto Moore performing a sneak preview of his new play, H.P. Lovecraft: Standup Comedian!, premiering at Annex Theatre April 28 through May 13. In the show, a modern-day Lovecraft (known to his friends as Howie) expresses his nightmarish visions through the medium of standup comedy instead of literature. This video serves as Howie’s Kickstarter pitch.