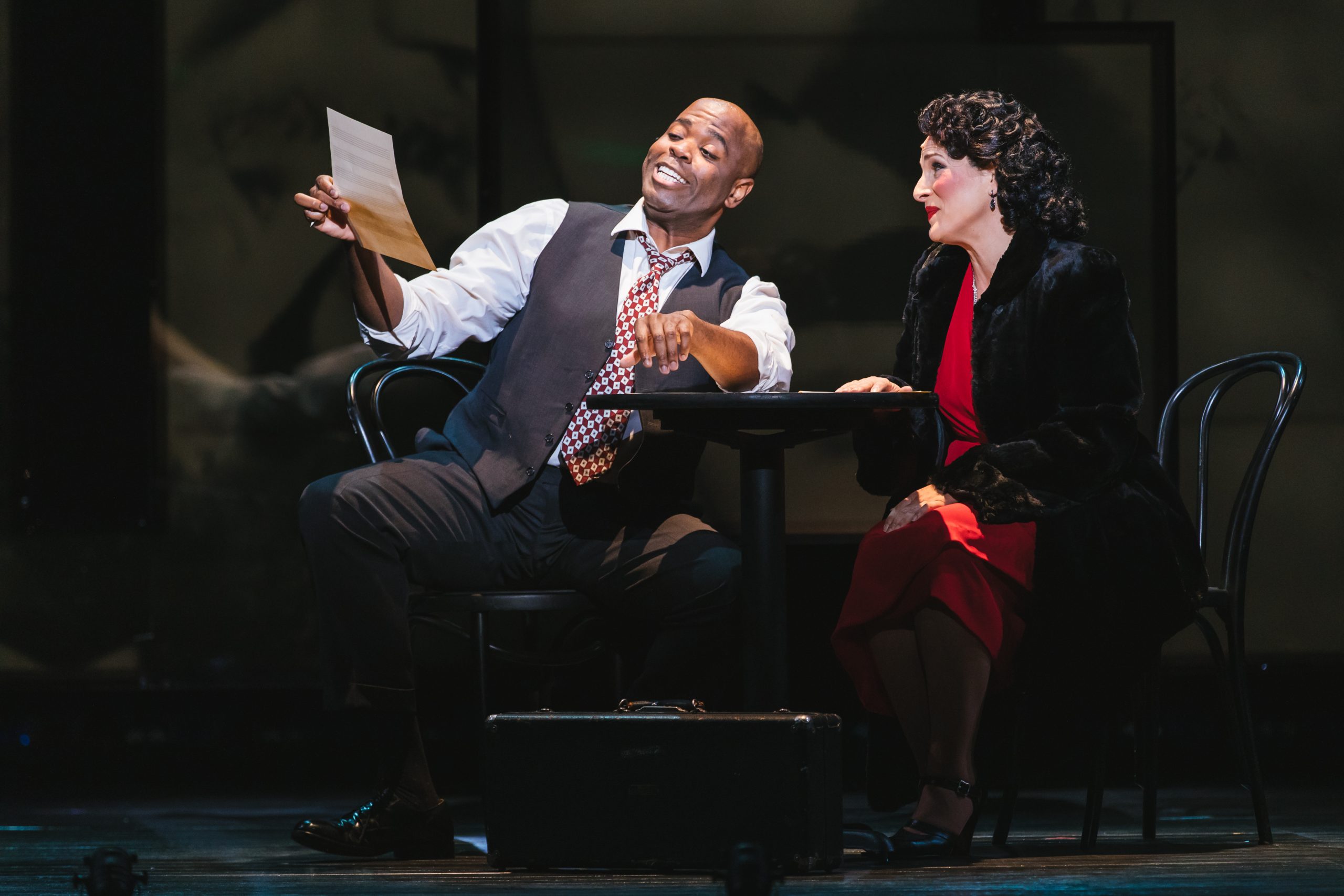 Charlie Parker’s Yardbird will take audiences into the life, the loss, the love, and most importantly, the music of the infamous jazz musician Charlie Parker. Presented by Seattle Opera, the production celebrates the influence of jazz on American music by exploring the life of Parker, also known as “Yardbird.” Just in time for Black History Month, the production honors Parker’s legacy, but has themes that are still relevant today.

As a young person who is fairly new to the world of opera, I was thrilled to have the opportunity to interview conductor Kelly Kuo and tenor Joshua Stewart (who plays Charlie Parker) on what it is like to be part of such a fresh piece. From my discussion with them, it is clear that Yardbird will be a memorable show for audiences and the cast alike. Until recently, Parker’s story hasn’t been told in its entirety; Kuo and Stewart’s passion for this opera and their devotion to Parker prove that it’s a story well worth telling.

“A smack I had a heart attack!” is the opening line of the song“Chan meets Charlie” in Yardbird. Though it’s a rather somber opening for a song about a flirty romance and the beginning of a marriage, the contrast in moods perfectly encapsulates what this show is: a beautiful mix of joy, jazz, pain, beauty and struggle. In the song, Charlie goes through the ups and downs of meeting and revisiting his wife Chan, played by Shelly Traverse. The scene is swift-paced—the couple expresses a tumult of emotions, from joy, to lust, to sorrow. They end the scene holding onto each other and, in a bittersweet moment, the couple sings this intimate phrase together: “I am your starlight, you are my starlight.”

In rehearsal Stewart and Traverse worked for almost 45 minutes with director Ron Daniels to refine the details that will immerse audiences in Charlie’s world. It’s no small feat to make sure their singing carries and compliments the mood of the scene just right.

Charlie Parker’s Yardbird premiered in 2015 at Philadelphia’s Perelman Theater. Since its beginning Stewart has had a part in the show, working his way from an understudy to a lead role. In our interview he explained that he connects with Charlie because of their similar experiences. “I take all of it with me—the entire Black experience, the entire jazz experience, the entire classical experience.”

Stewart’s own father’s battle with a heart condition has also given him a deeper connection to Charlie’s struggle. “Even though [Parker] had a drug problem, he had a heart attack, so it was like, it was so, so, so close to home. There were certain moments that you have to actively, during a show, try to distance yourself to make sure that you don’t totally lose it.”

Stewart’s passion for classical and jazz music also makes him perfect for this role. Stewart attributed his interest in music to jazz, which he said was his first love. “[Jazz] draws you in with this thing that it has, where it creeps into your soul and then you’re like cooked, like what just happened? Whoa!”

And like Charlie Parker, Stewart is a hard worker, putting in hours of time to portray Charlie just right and capture the essence of his jazz background.

“Getting a chance to work on a piece that is influenced so much by jazz, it’s a lot of fun,” said conductor and maestro Kelly Kuo. Though Yardbird does not directly incorporate jazz music into the score, both Stewart and Kuo assured me that this is a very jazzy opera.

Kuo described Yardbird as “a creative production that explores someone who represents American music-making and an idiom that pretty much is associated with America [but]…is much more intimate.” Like Parker himself, this show has a whole lot of soul, a characteristic that is shared by the many people who are part of its creation.

The fact that composer Daniel Schnyder is still alive and involved in the production also adds to the fun. Kuo stated that working with Schnyder is one of the most exciting things about being involved with this opera. “It’s wonderful to be able to work on a piece with a living composer. Obviously in opera there are so many works that are famous, but those composers have long since passed away, even though their masterpieces have continued on.”

February 22 will be Kuo’s first time conducting this production, but he is in no way inexperienced; Kuo has already conducted over 50 operas. However, he looks forward to opening night and believes that being in charge of the orchestra is, in many ways, another form of dialogue with the audience. “I often think of, in opera, that the music is the underpinning,” said Kuo. “When you’re playing underneath the singers, you’re their thought bubble. Everything that they are not saying, we try to communicate. When they are speaking, we continue to support that.”

Through upbeat jazz-influenced songs, deep slow-paced melodies, and heart-racing tracks, Charlie Parker’s Yardbird connects audiences to the man behind the musician, whose story is still important today. Kuo also wants to assure viewers that the production will make them want to learn more. He stated, “We want to bring audiences who have never thought they would like opera.”

Stewart firmly believes that Yardbird is important in 2020 due to the many unresolved issues of racism and inequality that are heavily present today. “I think that it’s more relevant than ever,” he said. “We have kids in cages still, we have a mass incarceration system of which he [Charlie] would have been a part of. There are certain moments that are so touching and so poignant that…it hits you, it hits me.”

Those moments are prevalent in every scene, down to the very syllable of each word. While the scene I saw in rehearsal was more playful, other scenes are heartbreaking. Much of this can be attributed to the battle Parker fought against opioid addiction which developed when he was prescribed Oxycontin after a severe injury. Stewart refers to the role as “playing a drug addict superhero,” a reflection on how there was so much good and so much pain in Parker’s life at the same time.

The power of opera comes from telling stories of humanity, of capturing the past as well as the present, and creating stories that reflect people and time periods across history. Even though Charlie Parker’s Yardbird is set in the jazz scene of the 40s, the issues of racism, addiction and inequality presented are still seen today.

Stewart noted that “it is one of—if not the most important thing—to capture our time period. Because we have the stories, whether that is cool or not, it isn’t for us to decide. Our job is to offer.”

So what does Stewart want audiences to take away from the performance? “That feeling where you’re totally engrossed in this world no matter how bad it is, no matter what, you just can’t stop thinking about it. I would love that to happen…I hope it haunts them as it has me.”

Charlie Parker’s Yardbird is an opera made for everyone because as Stewart told me, anyone can relate to being human, and that’s what Charlie Parker is, he’s human.

Joshua Stewart will perform the role of Charlie Parker on February 22 and 28, and March 1 and 8.

Sumeya is a passionate writer, lover of creative expression, a TeenTix Press Corps writer, and a TeenTix New Guard member. She is currently in her sophomore year at The Downtown School and looking forward to the future. She spends most of her time ice skating and exploring the city. She has had her writing published in The Evergrey, the TeenTix blog, and Code Magazine. When Sumeya is taking a break from her busy schedule, she enjoys watching Netflix, reading books, and attending all kinds of social events.

Old and New: Looking at Jazz Through Opera Glasses