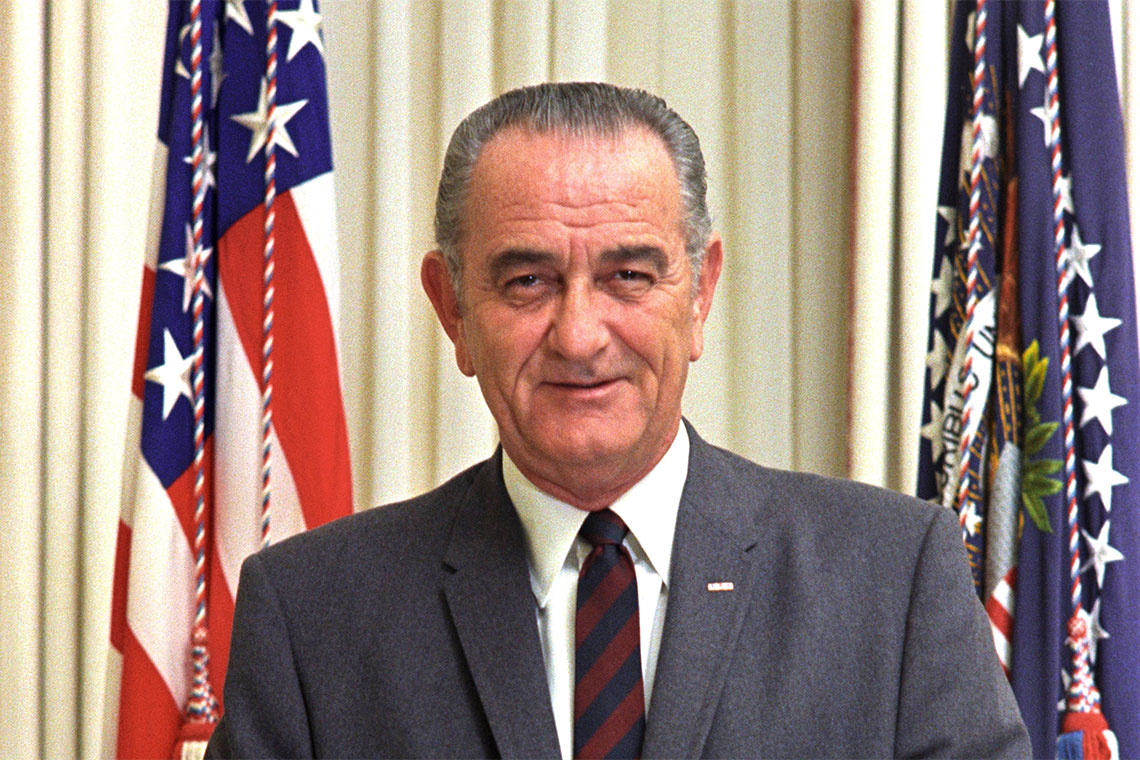 In observance of the triumphant, record-breaking run of the LBJ plays currently underway at the Rep through January 4, we present a new weekly segment taking a closer look at the powerful, indomitable and sometimes downright unusual man who was our Accidental President.

For this week’s installment, here’s a charming animation of an actual recorded White House call from LBJ to the Haggar clothing company in which the Chief Executive describes his particular specifications for a pair of pants.

You might recognize some of the, ahem, specialized anatomical terminology from the masterfully introductory first act of All the Way in which a tailor struggles to fit LBJ as he barks into the phone at a series of notable figures from J. Edgar Hoover to Robert McNamara (and Martin Luther King, Jr. holds on line three.)