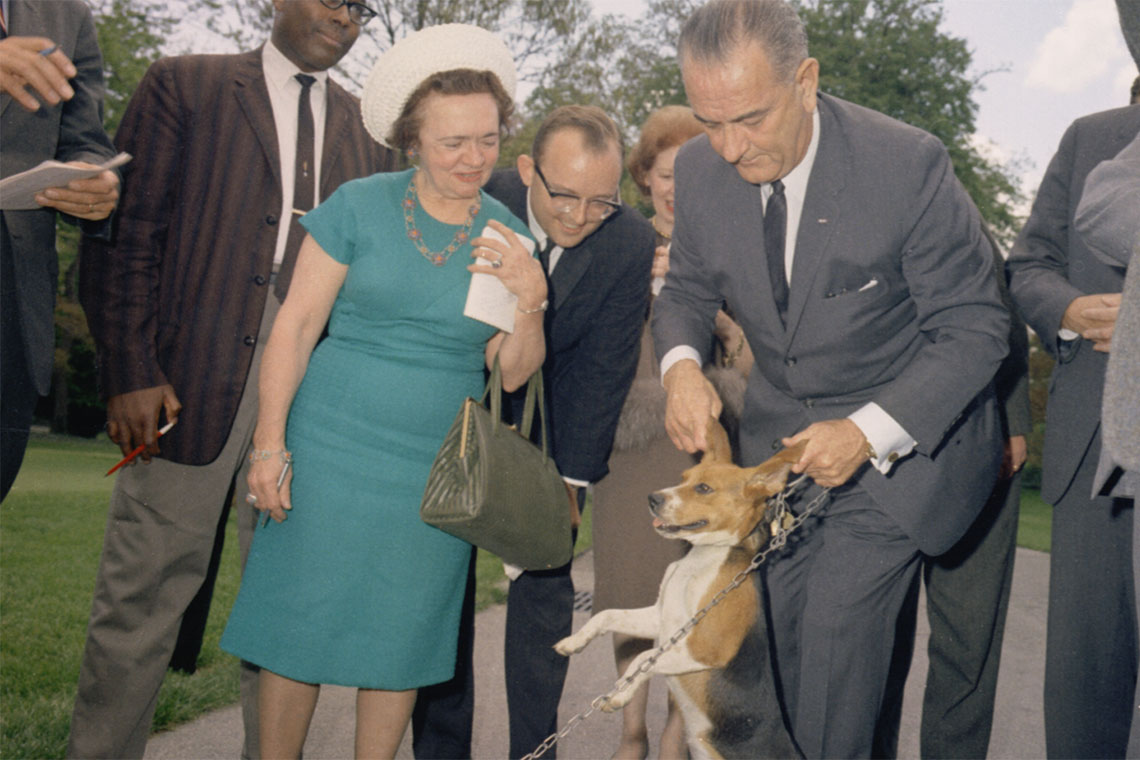 One of the most striking features of the LBJ plays currently running at the Rep is the sheer depth of authentic detail infused in the scripts. Nearly every word uttered onstage corresponds directly to an event well-documented in the annals of the Presidency. Even a seemingly cast-off line can lead one down an archival rabbit hole–hence this ongoing weekly segment.

As the shows’ dramaturg Tom Bryant said in our interview, much of Schenkkan’s early writing process focused on scouring the ample historical record for these illuminating moments: “It’s kind of like panning for gold. You’re looking through history and coming up with these nuggets and going, ‘Oh boy, that’s a wonderful anecdote, that’s an important event, this is an amazing possibility for a scene between two people that would really be dramatically exciting.’”

The subject of this week’s Midweek Moment occurs late in Act One of All the Way, in a meeting between Johnson and Senator Everett Dirksen, the bloviating Republican Minority Leader who’s threatening to block passage of the Civil Rights bill with 40 proposed amendments. LBJ opens the contentious exchange with this random quibble:

LBJ: Everett, what’s this bullshit about how I treat my dog?

LBJ: My dog! Little Beagle Johnson. Why are you being such a shit-heel with the press about me pulling his ears? The little sumbitch loves to have his ears pulled! Hell, I thought you were running the Senate Republicans, not the ASPCA!

Dirksen: Mr. President, I was just kidding with the press about that.

This exchange deftly illustrates several things about LBJ: his domineering and often crude conversational style, his willingness to hold a grudge no matter how trivial and his shrewd technique of backfooting adversaries by confronting them forcefully and directly about perceived personal slights.

Naturally, the moment is drawn from real life: LBJ lifted his pet beagle, Him, by his ears on the White House lawn to pose for an AP photographer and it sparked nationwide outrage among animal lovers.

Here’s LBJ in a phone call from April 29, 1964 with Senator Mike Mansfield discussing the Civil Rights bill and griping about Senator Everett’s harping on The Dog Ear Incident.

This might have been the first “scandal” involving presidential pets, but it wasn’t the last. Witness George W. Bush dropping his beloved Scottish Terrier, Barney, in front of a group of mortified schoolgirls: