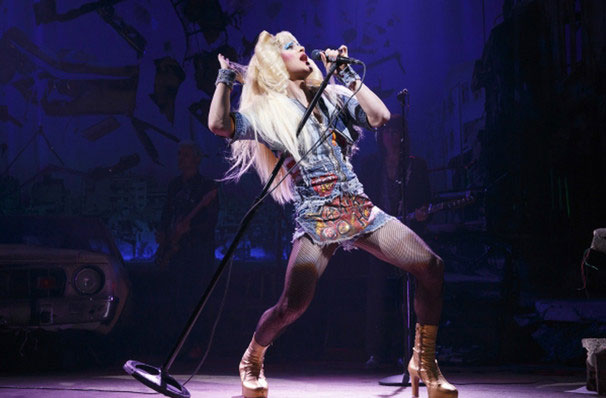 Hedwig and the Angry Inch is currently showing at the Paramount Theatre. It’s a rock musical about a fictional rock ’n’ roll band fronted by a genderqueer East German singer, Hedwig Robinson. Opening Off-Broadway in 1998 it hit the Broadway stage in 2014. It was nominated for eight Tony Awards, winning four, including Best Revival of a Musical.

Euan Morton is playing Hedwig in Seattle. Let’s take a look back at some of the past Broadway stars who have taken on the role.

Neil Patrick Harris won a Tony for his portrayal:

He was followed by Andrew Rannells:

So did Taye Diggs:

As did the aforementioned Euan Morton: