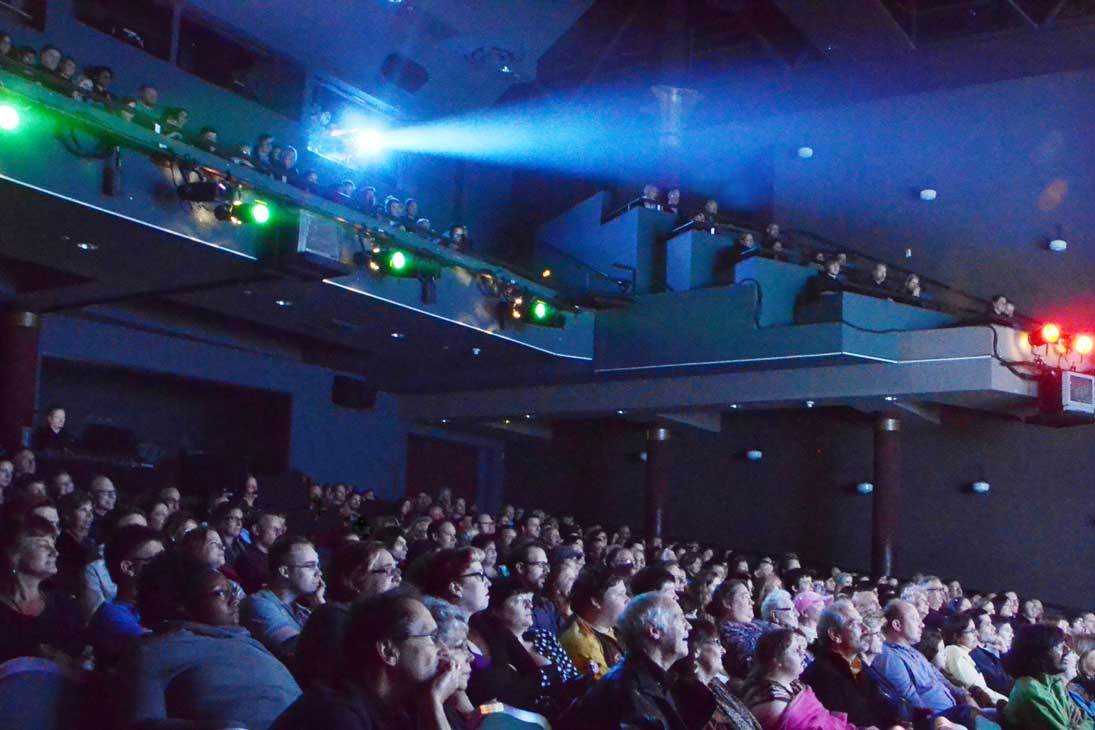 The 2020-21 season for Village Theatre has been announced and it promises a healthy dose of upbeat fun. Taking a generally light approach, the season can promise a nice antidote to the upcoming election year. The 2020-21 season will run from September 17 to June 20 at the Issaquah location and November 6 to July 25 in Everett.

Artistic Director Jerry Dixon, who is currently completing his first season in the position, excitedly announced the new season saying, “We truly feel this is a collection of shows everyone can enjoy. We’ve created a lineup that features a classic golden-age musical, a hilarious thriller, a dynamic and compelling modern work, and two fun-filled productions that feature music you know and love. We are deeply excited to share this season with our audiences.”

For the first time, Village Theatre is offering a FlexiPass subscription option, allowing patrons to select three or four show subscriptions. These will be sold as another option to the full five-show subscription. These subscriptions are now available for purchase online.

This dazzling musical smash is filled to the brim with hit ABBA songs, romance, family, and delight. When Sophie is due to be married, she wants her dad to walk her down the aisle. The only problem is she doesn’t know who he is. After inviting all three of her mom’s old boyfriends to attend the wedding, things heat up at their already sizzling Grecian getaway. The ultimate feel-good show, Mamma Mia! will have you singing and dancing all the way home.

Strong-willed Dolly Gallagher Levi is the ideal matchmaker—she has marriage on her mind, and a recipe for love in her pocket. But she may have met her match when grouchy “half-a-millionaire” Horace Vandergelder enters the scene, looking for the perfect bride. Humor and romance abound in this universally acclaimed smash hit that has been nominated for over 50 awards, and touched the hearts of millions across the globe. Plus, beloved Village Theatre favorite Bobbi Kotula will don the mantle of the ruby red dress…it’ll be “nice to have her back where she belongs.”

Broadway’s longest-running comedy thriller, Deathtrap is a deliciously shocking play from the author of The Stepford Wives. Hit playwright, Sidney Bruhl, is out of ideas and would kill to get back on top. When he receives a script from a former student, he realizes he has a guaranteed success in his hands. With the tantalizing prospect of taking it for his own, no one can predict where the dark events of the night will go. Deathtrap is a sharply funny play that keeps audiences wondering who, if anyone, is truly safe when success is just a clean shot away.

A favorite from the 2001-2002 season, Making Tracks returns to Village Theatre’s stage after being called “undeniably stirring” by The Seattle Times, and “promising, energetic, and hopeful” by The New York Times. This powerful story follows a young Asian-American as he experiences his family’s six generation struggle to find a voice in America, inheriting the spirit of those who came before him.

For this production, creators Woody Pak, Welly Yang, and Pulitzer Prize and Tony Award-winner Brian Yorkey (Next to Normal, 13 Reasons Why) will re-visit the script to update and acknowledge the injustices and conversations of today’s world. This mesmerizing rock musical tells a rich and diverse history of triumph and perseverance.

Winner of the 1978 Tony Award for Best Musical, this dynamic celebration of jazz icon Fats Waller pays homage to the Black musicians of the Harlem Renaissance in the 1920s to the 1940s. Featuring songs like “Honeysuckle Rose,” “I’m Gonna Sit Right Down and Write Myself a Letter,” “Black and Blue,” and, of course, “Ain’t Misbehavin’,” this timeless and classic show will transport you to a vibrant time of jazz at its height, complete with new beats, jump, jive, and swing.