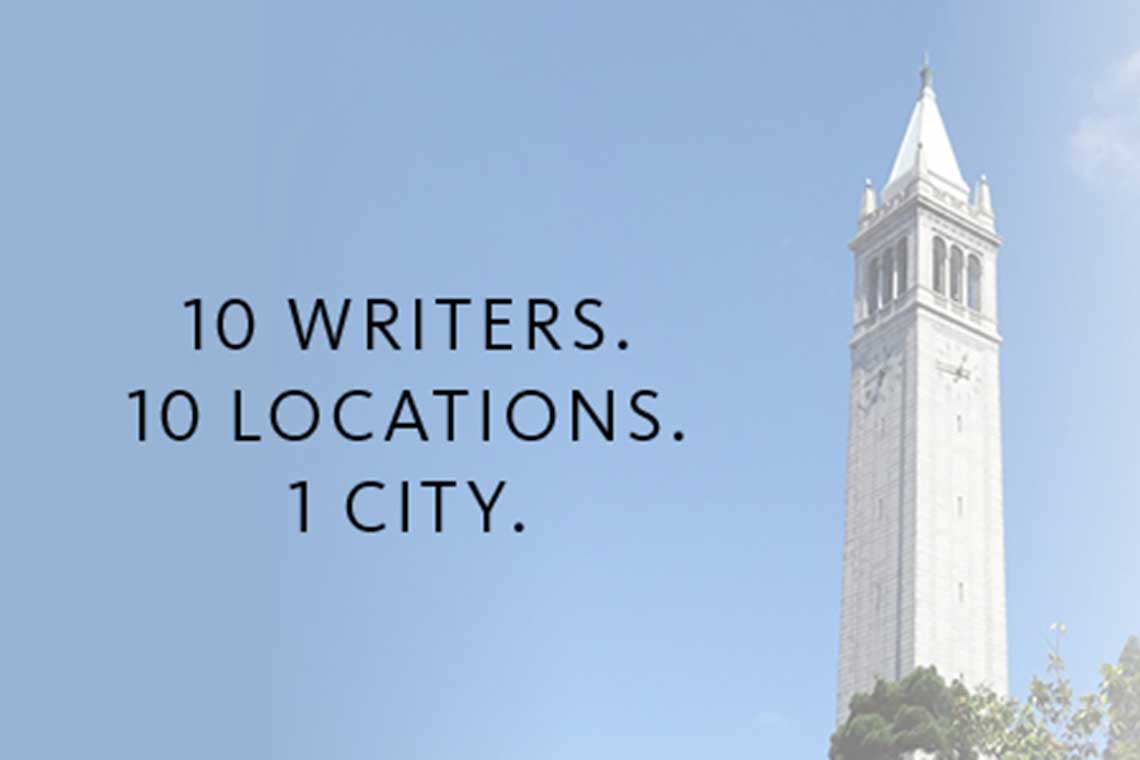 Ten revered writers, each with deep ties to Berkeley, have all crafted a story around a place or a setting within the city of Berkeley that is significant to them. Celebrated New Yorker illustrator Tom Toro has created a physical fold out map that will be mailed to each ticket buyer. Place/Settings: Berkeley is free to 2021 Berkeley Rep 7-Play subscribers and $10 for others.

The Fundamental Kiss, With Overtones

Set at the corner of Oxford and Center

A young oboist kisses a pianist on a street corner. At long last! But the kiss unlocks pressures, expectations, dreams, and fears. Can we learn to live with uncertainty? To ask for what we need?

Set at an imaginary dried-up lake in Tilden Park

On a chilly autumn night, an old fisherman makes his way to the lake in the dark. He casts a line…and reels in the ghost he’s been seeking.

Set at The Musical Offering Café

Bored, lost, and lonely, a teenager stumbles into a café. While eating a cup of soup, he hears a wondrously inscrutable sonata, and begins to sense that being lost might not be such a lonesome condition after all.

How do you find your people in middle school – especially when you don’t quite fit the mold? A girl experiments, assimilates, adapts, and journeys towards genuine self-love and community.

Hope, fear, excitement, and a dizzying array of possibilities unspool across an expectant dad’s imagination, as he and his partner navigate medical uncertainties and rediscover each other as almost-parents.

Set at Robbie’s Coffee House and Diner on Telegraph Ave.

It’s 1959, and tobacco smoke snakes across the bustling café from its prized corner table, where artists and students debate political treatises, muse on philosophy, and share thrilling new poetry.

Set at the slide in Codornices Park

A neighborhood park – its playground, sloping hillside, and basketball court; its tunnel to a rose garden and many paths – bears witness to a boy, growing up and growing old.

Straddling the worlds of her divorced parents, Yasmine doesn’t feel fully at home in either. Desperate to see her best friend in San Francisco, she embarks on the voyage across the Bay alone, exhilarated at her newfound independence.

From a perch beyond this life, an actor observes as a group of masked people finally return to the courtyard of Berkeley Rep – to the theatre, the place we made to gather, breathe together, and share the stories that remind us of our humanity.

Sometimes music becomes indelibly linked to specific memories, invoking the people with whom we shared them. Songs by Isaac Hayes, Peter Tosh, Stevie Wonder, the Doors, the Knight Brothers, and Patti LaBelle conjure a deep friendship, one that began on a hot night in 1986 outside Leopold’s Records.