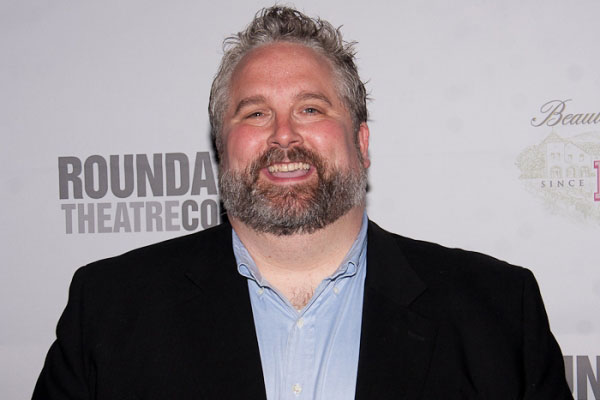 Brian Yorkey has come home. In the middle of a flourishing Broadway career, the writer/director has returned to the Village Theatre in Issaquah to direct the award-winning comedy The Foreigner, and he’s delighted to be back. “It’s always a joy to return to Village Theatre, and work with artists who are like family to me,” he says.

Yorkey has been involved with Village Theatre since he was knee high to a grasshopper. In junior high, he was a KIDSTAGE student at the theatre. “They used to let the teenagers take over the theatre to do a musical of our own. It was thrilling,” he says. “And terrifying. And galvanizing. For me KIDSTAGE was about being a part of a community. I practically lived at that theatre.”

He’s lived there, on and off, ever since. His high school job was as Village Theatre’s house manager. After college, he graduated from Columbia University, and went back to Village Theatre as their associate artistic director. During his six-year tenure he also wrote five musicals: Funny Pages (1993), Making Tracks (2002), The Wedding Banquet (2003), Play It By Heart (2005), and A Perfect Fall (2007), before staging Next to Normal. The musical was given a reading at Village Theatre back when it was still called Feeling Electric—eight years before it landed on Broadway and won both the Tony Award and the Pulitzer Prize.

And now, The Foreigner. As associate artistic director, Yorkey lobbied for it every year. And now it’s here, with him in the director’s chair. “I’ve loved the play since I was a kid.” The play, written by Larry Shue, earned two Obie Awards and two Outer Critics Circle Awards as Best New American Play and Best Off-Broadway Production. The show centers on Charlie, a man who wants a little peace and quiet. So he goes to a fishing lodge in Georgia and masquerades as a foreigner who can’t speak English. It seems harmless enough, but he soon realizes that people will say the most extraordinary things when they think no one can understand them. Cue the drama and intrigue.

Not only does Yorkey adore this play, he’s not kidding when he says the folks at Village are like family. He’s known Sharva Maynard, who plays Betty Meeks in The Foreigner, since he was 15 years old. Angela DeMarco, who plays Catherine Simms, was in his production of The Importance of Being Earnest years ago. Designers Matt Smucker, Tom Sturge and Melanine Burgess, he says, “are the bee’s knees.”

After The Foreigner wraps up, Yorkey still has plenty going on at the Village. He’s working on a new musical, Jesus in My Bedroom, with Tim Symons, Village Theatre’s resident music director, and Melanie Burgess, costume designer. “We had a reading during the 2013 Festival of New Musicals,” Yorkey says, “and will be doing our second reading at Village this June. We are thrilled that Village has invited us back to develop it further.”

Other developments for Yorkey? Plenty. During The Foreigner‘s run in Issaquah he’s returning to New York City for rehearsals of his next Broadway show, If/Then, starring Idina Menzel, making her Broadway return 10 years after starring in Wicked. He’s also been working with Tony Award-winning playwright John Logan and rock legend Sting on The Last Ship, a Broadway show drawn from the world of Sting’s own childhood. “Sting has written the most exquisite score for it,” Yorkey says. “I can’t wait.”

Despite his soaring career, Seattle theatergoers are lucky that Yorkey is never a foreigner to the Village, no matter how much he has going on. “It was a very special time,” he says, looking back at his days as a kid at Village Theatre, to his time as an artistic director, to the creator of Broadway musicals. Now, he’s creating an equally special experience for audience members.