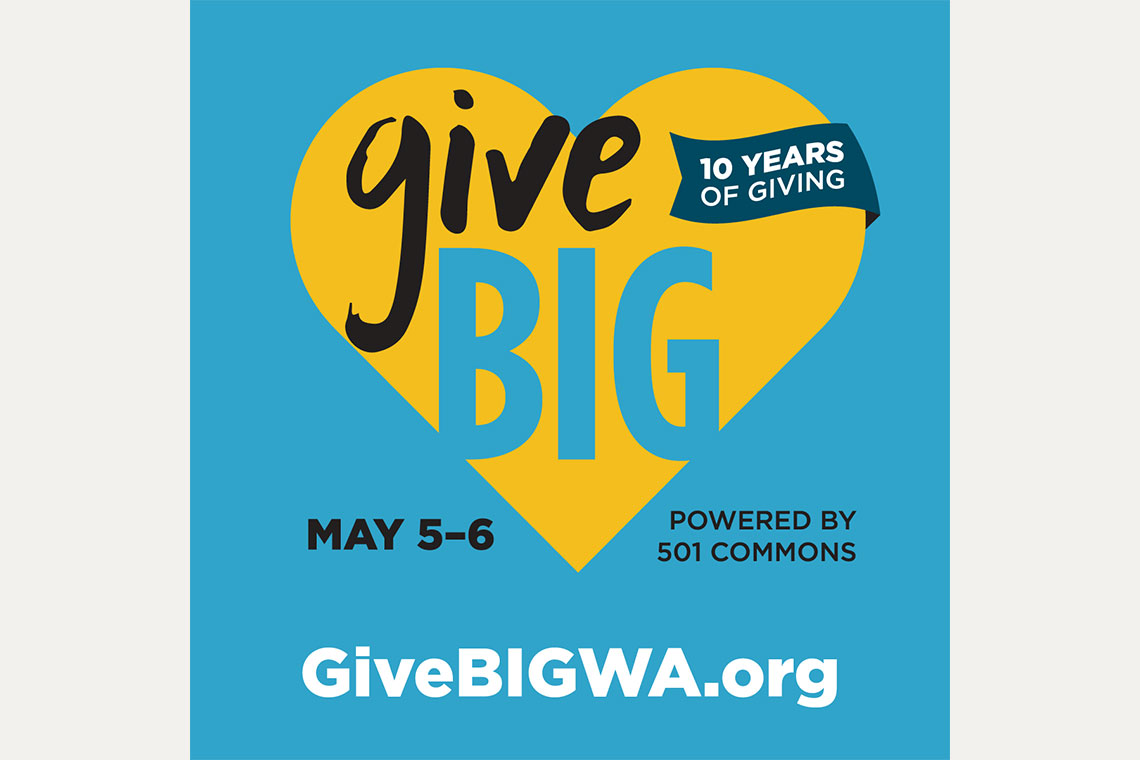 The two-day fundraising event raised $18.4 million for 1,630 nonprofit organizations in Washington. There were over 88,300 individual donations that were made on May 5 and 6.

This year’s donations have far surpassed those of 2019, suggesting that increasing the event from a single day to two days was a smart move. In addition to extending the event, GiveBIG collaborated with GivingTuesday, a global generosity movement that culminates in a day of global giving (May 5). GiveBIG recognized the increased need from nonprofits due to COVID-19 and stepped up with increased social action and partnerships to respond effectively.

In 2018, GiveBIG was in danger of disappearing after the Seattle Foundation, who had managed and promoted the event since 2011, announced they wouldn’t continue the following year. However, 501 Commons stepped in and worked closely with the Seattle Foundation to become GiveBIG’s new home in 2019.

Understandably, the change in command caused some growing pains that affected the total donation amount. Last year—the first with 501 Commons managing the event—raised $11.4 million. No pocket change, but also not as impressive as the numbers before the organizational changes.

But this year, with their legs under them, new partnerships, and an extended deadline, GiveBIG 2020 has surpassed their goal and raised the most in donations since 2016. Considering we are currently in a time of a global pandemic, with many people out of work and certainly everyone trying to save money, it is astounding—and inspiring—that this year’s GiveBIG was such a success. You only need to look at the numbers to see that in times of crisis we will still come together to invest in the organizations that ensure our community thrives.

You can check out GiveBIG’s leaderboard to see how much each nonprofit raised this year.