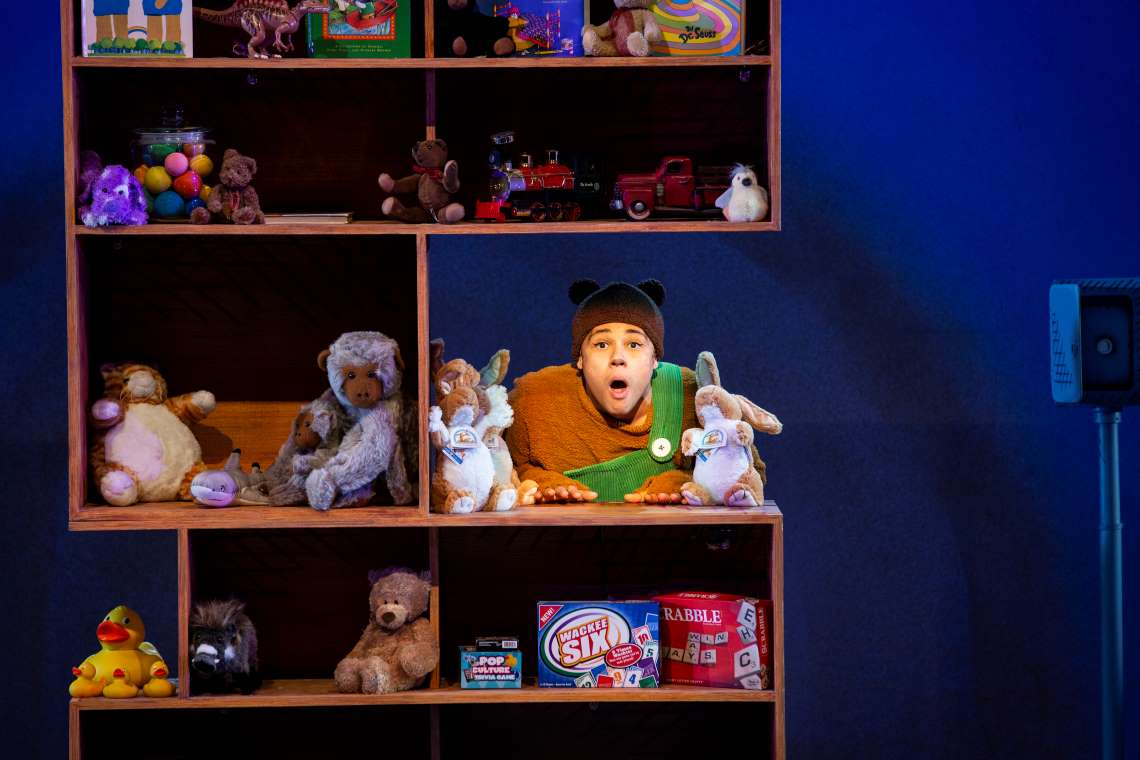 If you’re an avid theatregoer, chances are you’ve seen Kathryn Van Meter’s work, either on stage or off. She’s an accomplished actor who, last season alone, played Judy in The Curious Incident of the Dog in the Night-Time at Village Theatre and originated the role of Liz in Fire Season at Seattle Public Theater.

She’s an incredible choreographer with credits on the stage and the screen. (The choreography in Netflix’s Thirteen Reasons Why—that’s her.) And she’s a prolific director, making her Seattle Children’s Theatre directing debut with Corduroy this winter. We spoke before the start of rehearsals about what it means to bring this childhood favorite to life.

Danielle Mohlman: For so many folks, there’s a childhood association with Corduroy—either they remember it from their own childhood or they’ve shared this book with a child in their life. Can you talk to me about what it means to direct the play Corduroy? Why this play now?

Kathryn Van Meter: Yes, yes. Or as my friend said the other day “Why this bear now?” Which I really love. I’ve worked off and on at the Seattle Children’s Theatre for the last several decades, primarily as a choreographer. And when Courtney Sale [SCT’s artistic director] approached me about doing this project I said, “The bear?!” This book is 50 years old and I deeply remember both Corduroy and A Pocket for Corduroy as a huge part of my childhood. I just loved both books tremendously. And to take something that we have a great love of and put it in front of a multigenerational audience feels like such an unbelievable gift. Especially around the holidays.

The play really expands on what is happening at Lisa and her mom’s house. So the book pretty much deals with Corduroy trying to find his buttons—and the delicious spectacular mess he makes along the way. And the play adaptation also shows side by side what Lisa is doing to convince her mom to let her get Corduroy. She is going through her evening trying to figure out new and exciting ways to get an advance on her allowance. And they’re both just making these spectacular messes along the way as they strive for their goal. They both have these beautiful versions of the hero’s journey. And I particularly get really excited when I see actual mess being made in the theatre. I think messes are really exciting.

Yeah! And I think that’s really fun. So the piece is two distinct feels. One of them is just pants wettingly funny slapstick—old school clown physical comedy. And then underlying all of that is this beautiful, touching, tender story of how we are awakened when we meet a new friend. And how that awakens a part of us we didn’t know was there. And the ability to have both of those things side by side in a production is really exciting.

I noticed that this show is being advertised for ages three and up. What excites you about directing with this young audience in mind?

Young audiences are the most honest audience you can perform for. If they love it, they’ll tell you. If they don’t love it, they’ll tell you. And so there’s something about that immediacy that is so exciting to make theatre for. You know that giggle where they laugh so hard they can’t breathe? This show is that kind of fun. And it’s a tricky time that we’re in. And the opportunity to be in communion with our community and create that kind of laughter feels really exciting. And the most wonderful thing about theatre for young audiences, no matter what age you are, when you step inside that theatre you give yourself permission to be a younger version of you. And I think there’s a softening that can happen in an extraordinary way.

And for some audience members, this might be their first live theatre experience.

And that’s a tremendous honor and responsibility. You know, one of my first mentors many, many years ago was giving an opening night speech to the cast and he said, “Every time you perform, you’ve got to remember that somebody in that audience—if not more than one—really sacrificed something to be there.” They chose to do that. And I think the opportunity to ignite the imagination and delight of kids in particular, to give them the opportunity to see things transform in front of them, feels like a beautiful gift to give.

And there’s something that really does charge a cast to see and hear really young people in the audience. And part of that is because the reactions are so audible and immediate. It’s different from playing to an audience of adults who are polite or exhausted. For so many reasons, we think that adults are content to be quieter at performances. But the gift of the sounds that the kids make is pretty exciting.

Before I let you go, I have to ask. Do you have a favorite holiday tradition?

I do! So, in the 80s, my parents recorded A Muppet Family Christmas and a Sesame Street Christmas special on our VCR. And a couple of years ago, my sister-in-law converted it to DVD, so now I watch that every Christmas. And the great thing about it is it still has all the commercials.

I was just going to ask what those commercials were like.