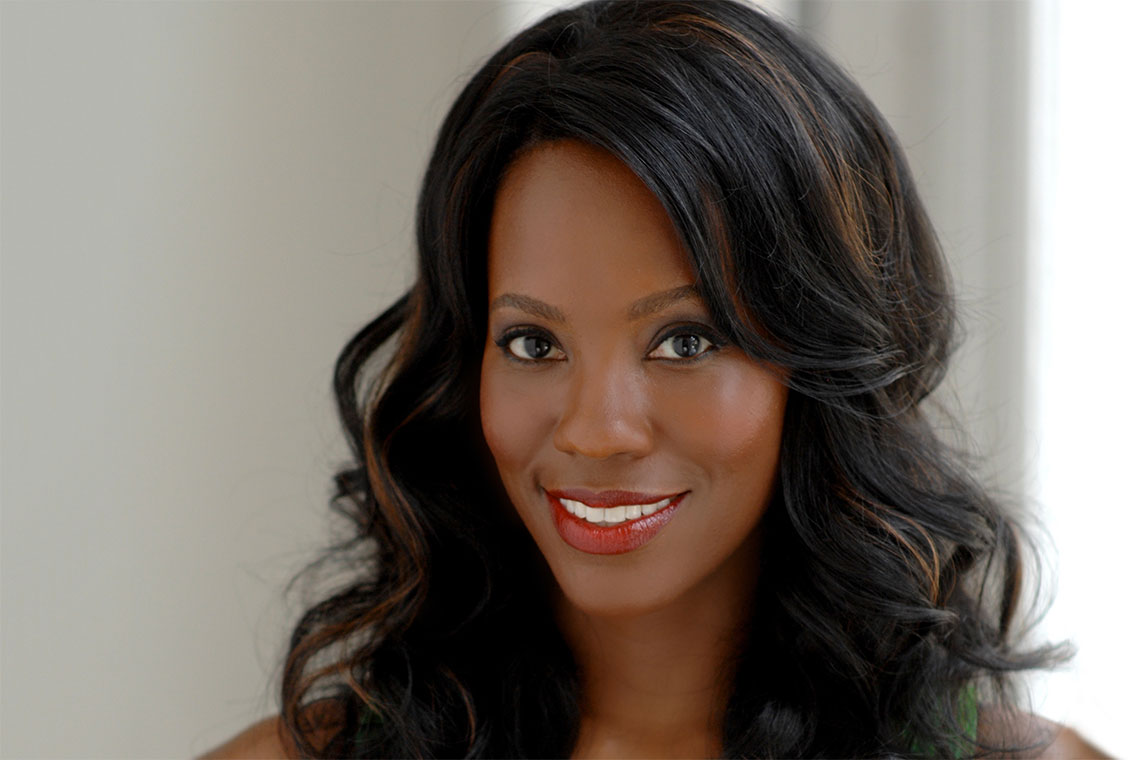 Zakiya Young is a New York actor who was last seen in town for Seattle Rep’s 2013 production of Good People. She’s performed in theatres across the country and on Broadway in The Little Mermaid, Stick Fly, and others. Last year she appeared on an episode of Orange is the New Black. Young returns to Seattle perform in a trio of upcoming shows at the Rep: Disgraced, Constellations and Luna Gale.

First up is Disgraced, Ayad Akhtar’s Pulitzer Prize-winning play about prejudice, identity and faith in which she plays the role of Jory. It runs through January 31. Young joined me for this week’s installment of Five Friday Questions.

Hands down it has to be Hamilton. I saw it off-Broadway at The Public and it was just life changing. I was at a point in my career where I needed inspiration, and from the moment the show started until the final notes were sung I was riveted. I’ve never had an artistic experience that just blew my mind like that. The blend of different musical genres combined with the choreography and the amazing performances by the cast—I seriously wanted to jump onstage and join them. I sing/rap all of Angelica Schuyler’s songs in my dressing room as part of my vocal warm up before each performance. I feel like she and Jory would’ve been friends. They’re both fierce, confident women.

Best meal in Seattle… hmm, I don’t think I’ve had it yet! I haven’t been here in a few years and I was a little timid about exploring the area the last time I was here. But I’m not timid anymore! I’m so excited about all of the new restaurants in the area and am planning to eat my way through Seattle. But I will also be working out daily so I can still fit into my fabulous costume.

As I mentioned, the soundtrack to the Broadway musical Hamilton, along with ’80s and ’90s hip hop and R&B. I also start my morning with gospel music. It just gets my spirit right as I start my day. I tend to be grumpy if I don’t do that first.

When I’m sad I tend to either go for Etta James, Stevie Wonder, Adele or the acoustic piano serenade station on Songza. But I don’t like to dwell on the sadness. I’m a firm believer in feeling the feelings, crying it out and moving forward.

I think creating a safe space is the most crucial element of a production. Kimberly, our director, did an amazing job of making us feel safe in the rehearsal room. We could ask any question, challenge ideas, share experiences and explore all of the feelings that this story brought to the surface. It created a trust between the creative team and the actors, and that is paramount. If you don’t feel safe as an artist, how can you fully explore the character and open yourself up to tell the story? It starts from the top down and I have been incredibly blessed to work with directors who have created that safe space.

Three things come to mind, and I have them on post it notes around my dressing room mirror: