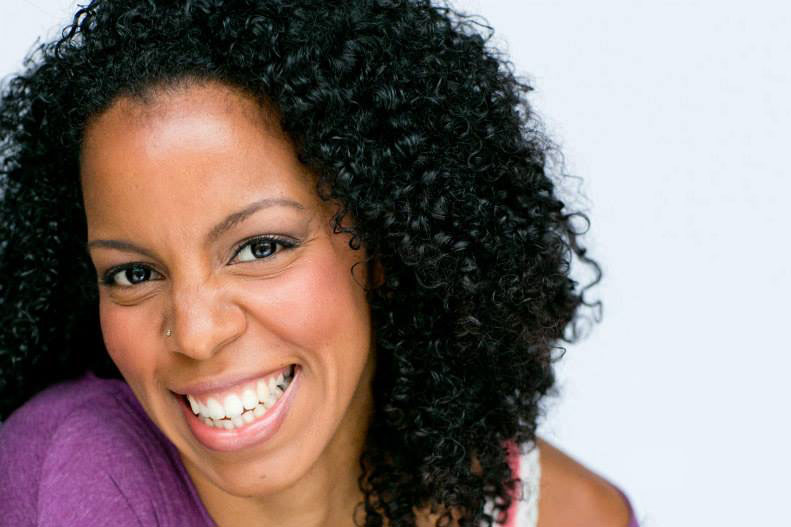 Yesenia Iglesias is an actor, educator and professional nomad. She’s a native of Puerto Rico and a recent alumnus of the University of Washington’s Professional Actor Training Program. Since graduating she performed in Passing Strange at ACT with Side Country Theatre, in Book-It’s educational tour, Danger: Books! and in Mwindo at Seattle Children’s Theatre and Bunnies at Annex. When she’s not performing, Iglesias is an assistant teacher of stage combat at the UW.

She returns to Annex next week for Is She Dead Yet?, a contemporary update to Euripides’s Alcestis written and directed by The Seagull Project’s Brandon J. Simmons. Iglesias plays the titular “she.” This fall she also joins Theatre22’s production of Water by the Spoonful directed by Julie Beckman. Iglesias (pronounce Yesenia a “j” sound) joined me for this week’s installment of Five Friday Questions.

I’ve seen recordings of the Ugandan dance group Ghetto Kids before, but I caught their performance of “Sitya Loss” for the first time the other day. If you haven’t seen these kids dance, it can be unusual to see such tiny bodies move in a very mature way, but a few seconds in you realize there’s so much innocence in the joy in which they dance and play with one another, and nothing else in the world seems to matter. It’s pretty inspirational.

I was also able to catch The Two-Character Play performed by Civic Rep last week. The performance was extremely energized and layered and the direction was specific and clear, which was so necessary for this complex Williams piece. I left with a lot of good questions.

One of the things I love about Seattle is its food options but honestly, for me it all comes down to comfort food and there’s no other place that makes me feel like home than La Isla. I took my family there last year and my mother proudly gave it the Puerto Rican mom stamp of approval. I recommend ordering the Plantain Medley as an appetizer, and then the Pastelón. Plaintain overload? Yes, please! And let’s say you wanted the Pollo guisado? Save your money, and just come over to my apartment. I’ll make you a home-cooked plate. Seriously.

Thaiger Room in the University District comes in at a close second for sentimental purposes. It was THE SPOT when I was a graduate student at the UW, and it’s the only Thai I regularly crave. Red curry with chicken, two stars, all day. Maybe let’s go this week?

This is so difficult! I pretty much sing or play music in some shape or form all day, and usually listen to whatever makes me daydream regardless of mood. So I’ll just list specific songs for specific moments. Ready? Here goes.

Dependable Pre-show Pump Songs: “Magalenha” by Sergio Mendes, a classic. Fever Ray’s “I’m Not Done”—I usually listen to this if I’m playing someone real sassy (which is pretty much always). “Pa’ Mayte” by Carlos Vives; the guitar riff is so fresh it makes me want to fly to Puerto Rico and play dominoes on the beach whilst drinking water out of a coconut with a silly straw.

Regular Dance Party in the Living Room Songs: Outkast’s, “B.O.B” satisfies the need for speed or Michael Jackson’s “You Wanna Be Starting Something,” cause it’s E.Ver.Y.Thing.

I’m-just-chilling-’cause-it’s-raining-outside-and-I-feel-like-falling-in-love songs: Juan Luis Guerra’s “Bachata en Fukuoka,” actually my go-to on any given day. “XO” by Beyonce; the musical arrangement of this song is just so good. “When I’m Laid in Earth” from Henry Purcell’s Dido and Aeneas; the Jessye Norman version is beautiful and heart-wrenching. “I’m Kissing You” by Des’ree because two words: Instrumental Break. Or all things Billie Holiday; need I explain this choice? Nay.

In Need of Some Spiritual Uplifting Before I Sell My Belongings and Move to a Small Village on the Edge of the Amazon River Songs: I eagerly, and fervently reach for “Lovin’ Me” by Jonathan McReynolds or “I Need You Now” by Smokie Norful because the struggle is real, and the only thing that gives me peace is my faith.

When I was assistant teaching acting at the University of Washington I would tell my students that the clearer each moment is for you, the clearer they become to the audience. Specificity is key and once you’ve mapped the character’s journey in the story you’re free to play within the circumstances, roll around and get dirty. And this was taught to me by my instructors while in graduate school. Simple? Yes, and no.

I think the greatest productions I’ve seen work the same way. There is a clear vision for the piece articulated by the director, or maybe even the playwright, and interpreted by the designers and actors. No matter how complex or straightforward the story and its plot points seem to be on paper, the vision becomes the guiding light for the production and is re-affirmed if and when the rehearsal or tech process falls apart. Of course, there’s grace sufficient to start over and create a new vision for the piece if it doesn’t work out, but again, the default is clarity and specificity for everyone involved in communicating the story.

I’ve learned a bazillion things in my first year out of graduate school, but one of the most important ones has been that theatre is a form of social activism. Eyes can be opened, spirits stirred, love rekindled, futures re-imagined; it can do it all, and we so often take this for granted. And maybe I’m some naïve optimist, but I really think that the moment an artist decides to be a global citizen and active participant in social change, anything becomes possible. Of course, we don’t always have to choose the (probably) lesser-paying, political drama over the entertaining (slightly escapist) better paying gig, but there is a choice we can make, and every now and then, we should tell stories that inspire change for the better.

The other thing that I’ve learned is that theatre is for everyone. This seems like a no-brainer—or maybe it’s not—but I didn’t always believe this. When I was first introduced to acting, theatre belonged to rich, white people, but now I know better. So, I’ve learned that as artists we have a responsibility to engage in theatre that tells stories belonging to all people, not just those that belong to a privileged group simply because they’re practically paying for the production. The world is bigger than what we sometimes see and hear onstage, and if the actor’s job is to be a truth-teller and then we become complacent with the homogeneity onstage, we have failed at our job.