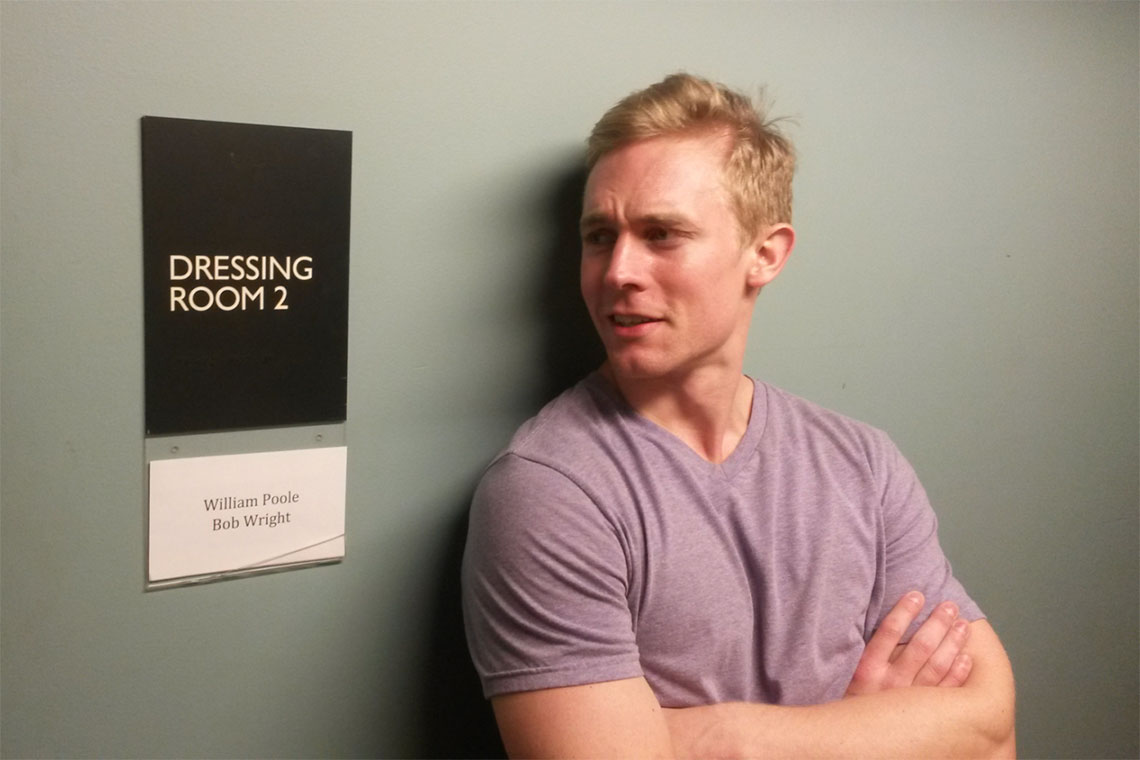 William Poole is a Seattle actor seen most recently in ACT’s Vanya and Sonia and Masha and Spike, Christopher Durang’s Tony Award-winning takeoff on Chekhov and the idle rich. Poole played Spike, the hunky boy-toy, holding his own as the youngest talent in a cast of accomplished veterans and getting big laughs from his physical (and sometimes nearly naked) performance.

Fresh off the run of shows at ACT, I checked in with Poole for this week’s installment of Five Friday Questions.

Rosamund Pike in Gone Girl. Going in, I didn’t know what to expect. I hadn’t read the book and didn’t know much about the story. The plot was a bit shocking but Ms. Pike nailed her performance. She was stunning, vulnerable, manipulative and downright psychotic. Kudos to her.

Currently it’s a tie. I always like to find an inexpensive local watering hole when I’m working on a show. While at ACT, I’ve most often found myself at Dragonfish Asian Cafe (Pine & 8th) or McMenamins Six Arms (Pike & Melrose) for post-performance food and drink.

Both places are within walking distance of the theatre and both have killer late night happy hours to satisfy the hungry, parched thespian in all of us.

Do you “treat yourself” to anything special when a show you’re in closes?

I don’t have any traditions or treats when I close a show and sometimes closing can be bittersweet for an actor. However, after Vanya [which closed last Sunday] I will be purchasing the boots that Spike wears in the final scene. I think my feet have developed a special connection with my character’s boots. Besides that, they are pretty darn cool looking.

What is the best meal in the wintertime?

Wintertime makes me think of the holidays and the holidays make me think of a big prime rib roasting in my grandma’s oven. Give me some potatoes and gravy on the side, with a piece of my mom’s Lemon Sour Cream Pie for dessert and I promise not to bother anyone for at least ten minutes.

My 24 Hour Fitness gym membership. I’m at the gym four to five times a week lifting weights and playing basketball. It gives me something to do during the day while I’m waiting for an evening performance. Without it, I fear I would be terribly lazy, bored and cranky.