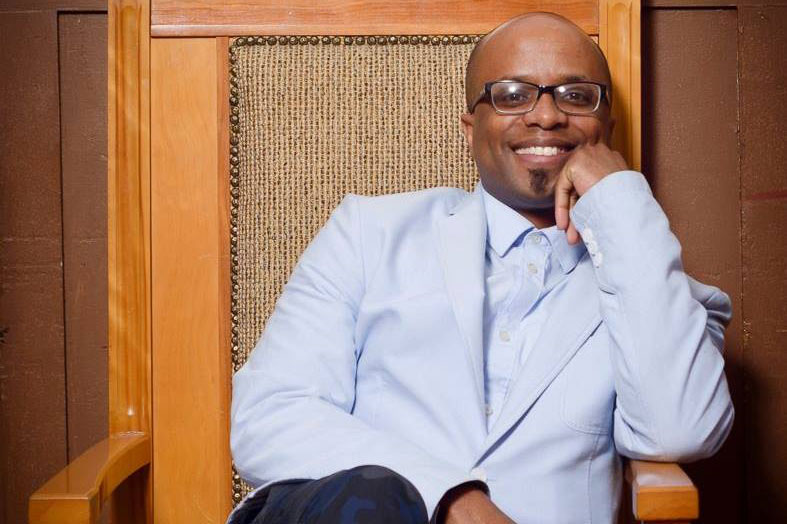 Tyrone Brown is a freelance director and producer who coaxes music and purpose out of thorny topics like race, history and identity. He works with Brownbox Theatre, a company dedicated to re-imagined Black theatre, and he’s an MFA alumnus of Seattle University as well as the prestigious Drama League Directors Project in New York. Recent directorial successes include last summer’s acclaimed Passing Strange at ACT and Black Like Us at Annex.

Brown joined me for this post-Christmas edition of Five Friday Questions.

Now I’m Fine by Ahamefule Oluo at On The Boards. It was a truly original and inspiring work of art, a near-perfect combination of comedy, music (big band), theatre and performance art. Bravo, Ahamefule Oluo, okanomodé, Samantha Boshnack, Josh Rawlings, Evan Flory-Barnes, D’Vonne Lewis and anyone else involved in the production. Bravo!

LUCID Lounge in the University District, Plum Bistro and Lost Lake Cafe on Capitol Hill, Island Soul in Columbia City, or any Yogurtland.

What music gets you pumped up?

Lately, anything by Billy Strayhorn and Duke Ellington with a dash of Kendrick Lamar and Mary J. Blige.

What do you listen to when you’re sad?

What’s your strategy for coping with the long Seattle winter?

Listening to music, going to the movies, watching House of DVF, getting laid and plenty of sleep. Probably in that order.

Work on the end of the play first, the importance of recording and archiving your work, and that “the devil is in the details.”