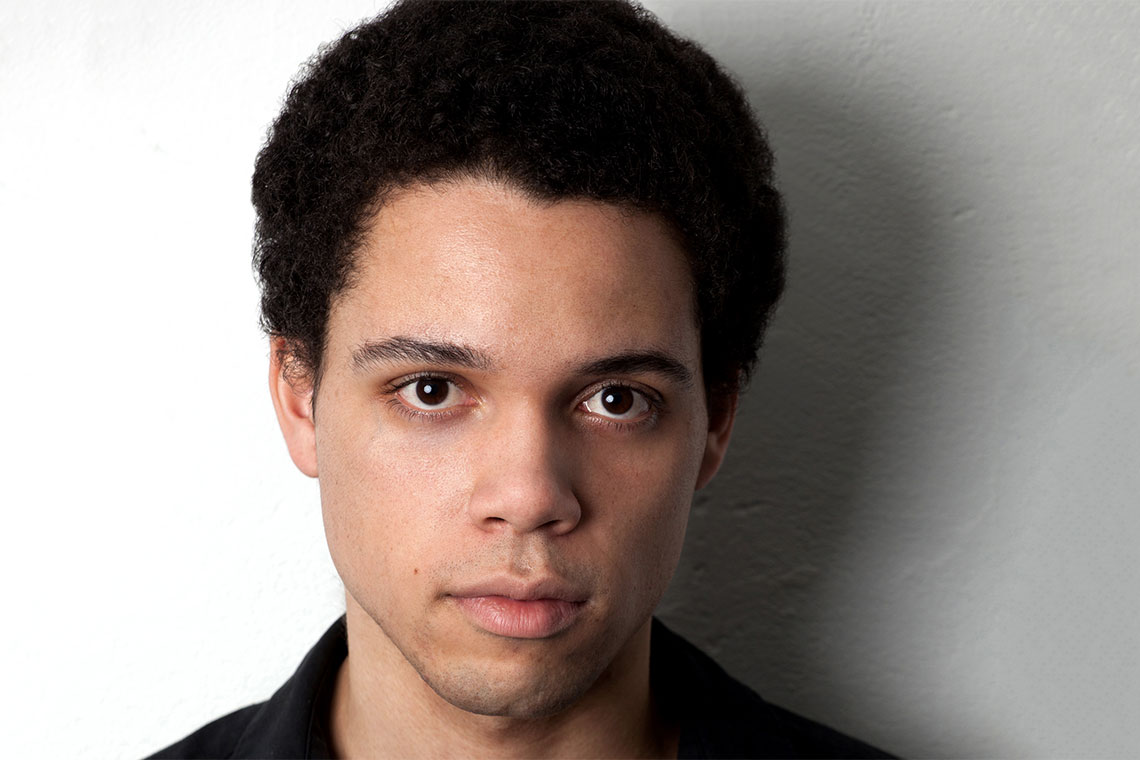 Tyler Trerise is a stage and film actor who appeared most recently in The Whipping Man last spring at Taproot and 2013’s Broke-ology at Seattle Public Theater. Tonight he assumes the title role in the world premiere of Mwindo at Seattle Children’s Theatre, summoning his warrior spirit for the epic Central African tale of heroism and fantasy. I caught up with Trerise for this week’s edition of Five Friday Questions.

Reggie Jackson in The Mountaintop at ArtsWest. It had a solid script, and Reggie’s thoughtful performance was nuanced and specific. Fantastic show and he nailed it.

Directly home. I know it’s called a “play” but if you’re doing it right, it’s actually a fairly rigorous process. I think most actors might reply with something similar. A show may be only an hour and a half or two hours long, but it’s preceded by months of work and rehearsal. It adds up.

I don’t really listen to music to get pumped up. Do people do that? I usually just jump around, uncontrollably uttering non-sequiturs. It helps. As for what I listen to when I’m sad? The freeway. Not like I’m standing on an overpass, no. I just live by a freeway.

Yes, but I also treat myself to things all the time anyway, so it just feels like regular life. I don’t think, “Closing night, time for a treat,” I think, “I really feel like I should be having a treat right now, so it’s time for a treat.” So technically, yes I might treat myself after a show, but the show and the treat would be isolated incidents.

Do the written work. I was never one for homework—as far as I was concerned, school ended when school ended and I wasn’t about to be bringing it home with me. But when I got to college, I had a student-teacher conference wherein a teacher of mine wound up pounding his fist on his desk yelling, “You. Don’t. Do. Your. Written. Work.” And then he cried. Yes, he actually cried! And it finally sunk in. Since, I’ve come to appropriately focus on the written work: committing choices to paper to see how they can connect and build on each other. I can’t really remember how I got along before.