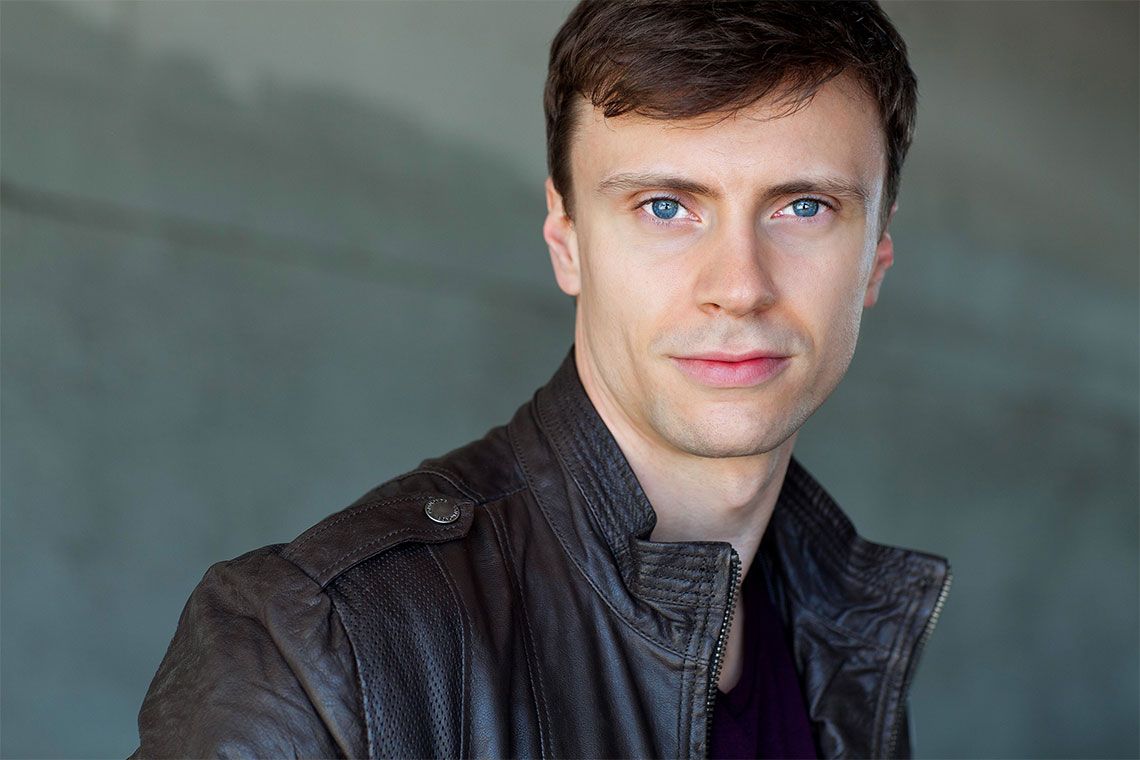 Trevor Young Marston is a Seattle-based actor, producer and UW MFA. He’s performed locally with Book-It, Seattle Public Theatre, SOAPFest, Island Stage Left, ReAct, the 14/48 Projects and many others. As an associate producer with Playing in Progress he recently helped to bring SnowGlobed to West of Lenin and performed in Nick Edwards’ new play, For Christmas. (See our recent 5 Fri Q with the show’s producer—and Marston’s partner—Rachel Delmar.) He also helped produce the world premiere of A Cure for Pain by Stephanie Timm, Boots by Libby Matthews, and Barbarians – a devised piece with SITI Company associate Jeffrey Fracé.

In the new year he’ll begin a five-month run of shows for Seattle Shakes with Titus Andronicus, (January 12 through February 7), Mrs. Warren’s Profession (March 15 through April 10) and Romeo and Juliet May 4 through 22.

Marston joined me for this Boxing Day Edition of Five Friday Questions.

What is the best performance you’ve seen lately?

Locally, Corey McDaniel in Live! From the Last Night of My Life. On film, Idris Elba in Beasts of No Nation.

But, let’s all be honest, the true answer is Russell Wilson to Doug Baldwin. Check out the video of him just dominating a Browns DB with his footwork for a TD. Those two are about as dialed in as two people can possibly be right now.

The happy hour at Ballard Annex Oyster House is money. $1.50 oysters? Yes. Also, they have this whitefish spread that I figuratively cannot stop eating.

Best meal overall though is Spinasse in Capitol Hill. They make all their own pasta in house, which you can actually watch them do behind the bar. They have this crazy butter sage egg pasta, one of their staple dishes, that is ri-donkulous. I am a huge fan of Italian food and I really don’t think I’ve ever had better than this place. Be ready with a full wallet though, the only real way to do this place is to go full Italy with 5 courses. Absolutely worth it. The ambience is also terrific and it has a very limited number of tables.

As a side note, they list all their servers on their menu—at least they did the last time I was there—along with their chefs and others. While this might be a practice at some places, I’ve never seen it before. I think it’s hugely amazing that they recognize their entire staff deserves as much recognition for creating the experience of ridiculous deliciosity they deliver.

I have an affinity for creating playlists for each show I do. Sort of as a research tactic. So in terms of getting pumped up for performance that varies pretty widely.

I was recently involved with SnowGlobed at West of Lenin, and one of the shows, White Kwanzaawas probably the best ten-minute play I’ve ever read in my life. Being a play about race and cultural appropriation—and, to be honest, rage—I have been listening to Kanye West’s Yeezus quite a bit recently. That certainly gets me pumped up in a couple different ways.

I love the Arcade Fire. Specifically, that “Reflektor” song off the album of same name is a good dancey tune.

Nine Inch Nails is band I deeply love and while their most recent efforts are not good, I think The Downward Spiral is one of the greatest albums ever recorded. Also, the soundtrack to The Girl with the Dragon Tattoo is great and the cover of “Immigrant Song” with Karen O is fantastic.

When I’m sad it’s what literally every young man of my generation listens to when they’re sad and go with Bon Iver. I mean, he wrote his first album locked in a cabin in Wisconsin drinking and writing sad music about his failed life and relationship.

Or I go with Bruce Springsteen. No one writes sad music set to an ironically happy and rockin’ tune better than the boss.

The Black Keys’ “These Days” has definitely been something I have listened to a lot when sad.

I don’t know that there is a most crucial element of the production, to be perfectly honest. From a philosophical standpoint I could say probably the actors or the audience, inasmuch as theatre doesn’t really exist—as far as is recognizable to us anyway—without those two functional designations.

But producing work has really taught me more sharply that it takes an absolute village to create a production. People design various elements, directors stage and coax actors along, choreographers deal with stage movement or fights, actors do whatever it is they do, stage managers make sure we aren’t driving our ship of fools into a sea of chaos.

To say one or other of these elements is more or less important is at best shortsightedness and at worst hubris. Theatre and film are have been variously described through terms like “total art” or “montage.” I think the use of these terms reminds us that we work in a collaborative, or more accurately, a symbiotic art form.

In the end, though, the important thing to remember about production—including both film and television—is that we are all working together to create something separate and hopefully greater than ourselves. We have little to no control over how that work is received, but the important thing is to craft it impeccably and with an investment in the fact that we are creating it for a greater reason than to garner a paycheck (although those are very nice and in short supply) or to serve our egoism (which is also very nice, but definitely not in short supply). To quote someone from whom I try to derive as much inspiration as possible, productions are like a “finger pointing to the moon. Don’t concentrate on the finger or you will miss all that heavenly glory.” (Bruce Lee.)

One of the most easily quotable things anyone’s ever taught me about performing is from KJ Sanchez, who was a guest professor at the University of Washington and part of Anne Bogart’s SITI Company. She told me, “You know, I think all actors need a little bit more ‘fuck it’ in their acting.”

While I think that’s a very profound statement, the most useful thing anyone’s ever taught me about performing is that it’s just like playing an instrument. We have these concrete things in space and time and sound that we can alter to create something. We use our bodies, voices and imaginations to do these things, but ultimately that’s the canvas on which we are working. So, inasmuch as definition leads us to have some modicum of control over stuff, having these useful perceptual categories to come back to over and over, no matter the environment—on film, on stage, in drama, in comedy—is probably the most actively useful thing I’ve ever learned.

I mean that’s basically the same thing that Russell Wilson and Doug Baldwin do, right?