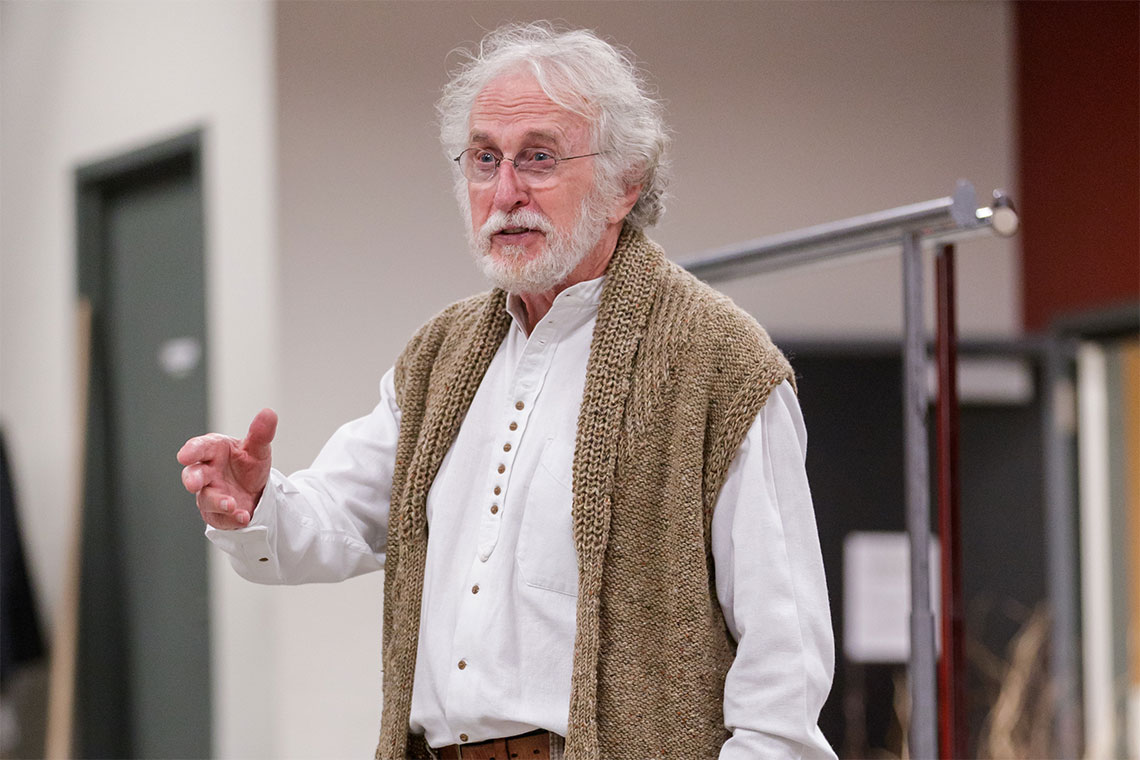 Seán Griffin is appearing in the 5th Avenue Theatre’s production, The Secret Garden. He’s playing Ben Weatherstaff, the gardener that helps Mary Lennox settle into her new home. He’s played a lot of roles in Seattle, many at the 5th Avenue. He’s been in Carousel, Elf, Aladdin, Mame, West Side Story, My Fair Lady, and more). He’s also been in productions at Seattle Repertory Theatre, Intiman Theatre, Seattle Children’s Theatre, and many others. We talked to him briefly about Irish superstitions, Broadway and Seattle’s local talent.

I first realized I wanted to be an actor early on in life. I grew up in Ireland and attended many performances of Gilbert and Sullivan and Pantomimes because my uncles were involved as actors and singers. One of my grandfathers was a terrific singer. It wasn’t until college that I decided to pursue it as a career. I realized I could make a living at it in the first few years of my professional life when it seemed that the jobs came alone one after the other. I was lucky and in the right place at the right time and it seemed that I had the talent they were looking for.

What artistic performance are you most excited about seeing? Why?

I am looking forward to seeing Dear Evan Hansen on Broadway because I have heard so many great things about it. I also want to see it because I think it’s in competition with Come From Away, which I loved, for the Tony.

What do you do to prepare before you hit the stage?

I do some realaxation exercises and like to be by myself. In my mind’s eye I also visualize certain things which I will keep to myself, being Irish and superstitious. Even though I have been doing this professionally for 55 years, I still have nerves.

What piece of art has always inspired you? Why?

Sad to say, many people won’t remember the actress Colleen Dewhurst, but she was one of the best stage actresses of her time. I was lucky enough to appear opposite her on Broadway in The Queen and the Rebels. Watching her work in many Eugene O’Neill plays always inspired me and when I got to work with her and became aware of her generosity on stage, her work ethic and her joy in performing, it has remained with me all these many years. She continues to inspire me.

What do you like most about Seattle’s artistic community?

Seattle is a city that loves the arts. It is a city that supports the arts, even in times like now when government subsidies are threatened. Seattle knows that the very soul of the city is its arts organizations. Without them, who are we? Without them we would be so much less. Finally, I would like to thank the theatres that hire mostly local talent and, thus, keeping me off the streets and out of trouble.