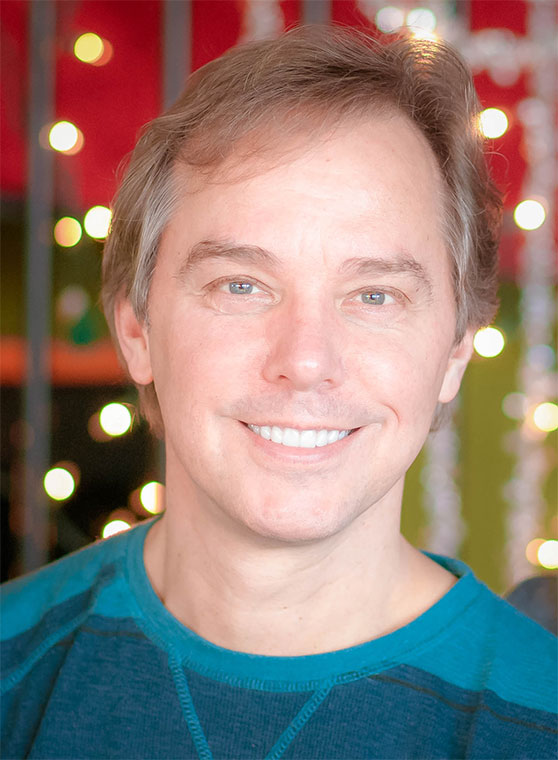 Scott Warrender is a writer, composer, musical director and teacher.  His comic send-up of the Ring cycle, Das Barbecü, was commissioned by the Seattle Opera back in 1991 and has been performed alongside Wagner’s masterwork in almost every production since, eventually ending up Off-Broadway and still performed nationally. He co-wrote a song with Joss Whedon, “My Lullaby”, that was featured in Disney’s The Lion King II: Simba’s Pride and nominated for an Annie Award. His other shows include The Texas Chainsaw Manicurist, The Plexiglass Slipper and Busload of Blonds. His most recent poetry and prose has appeared in publications like Foundling Review, Lark’s Fiction Magazine and The Montucky Review.

Warrender’s latest show, Peanutty Goodness, is currently in workshop at Theater Schmeater, running through July 27. He joined me for this week’s installment.

Jocelyn Maher was heartbreaking in Book-It’s production of She’s Come Undone. Ms. Maher is a young actress. She was asked to navigate the far reaches of emotion and suffering–some pretty icky stuff. Watch out for her. Jocelyn’s going to have a career.

I love slack-key guitar music. It’s calm and spiritual. If I’m feeling down or tired I enjoy quiet, hopeful sounds. Loud, energetic music has the opposite effect on me. I don’t like a wall of sound telling me how to feel. I need some space so I can figure it out on my own.

Clear and concise storytelling. A mystery is wonderful, but if you confuse your audience, you’ll lose them.

I’ve spent too many years avoiding writing for theater because I’ve lost faith in the process of page to stage. The craft of art is inextricably linked to the business of art. Don’t let the latter rob you of your joy and passion; don’t let it quash your impulse to create.