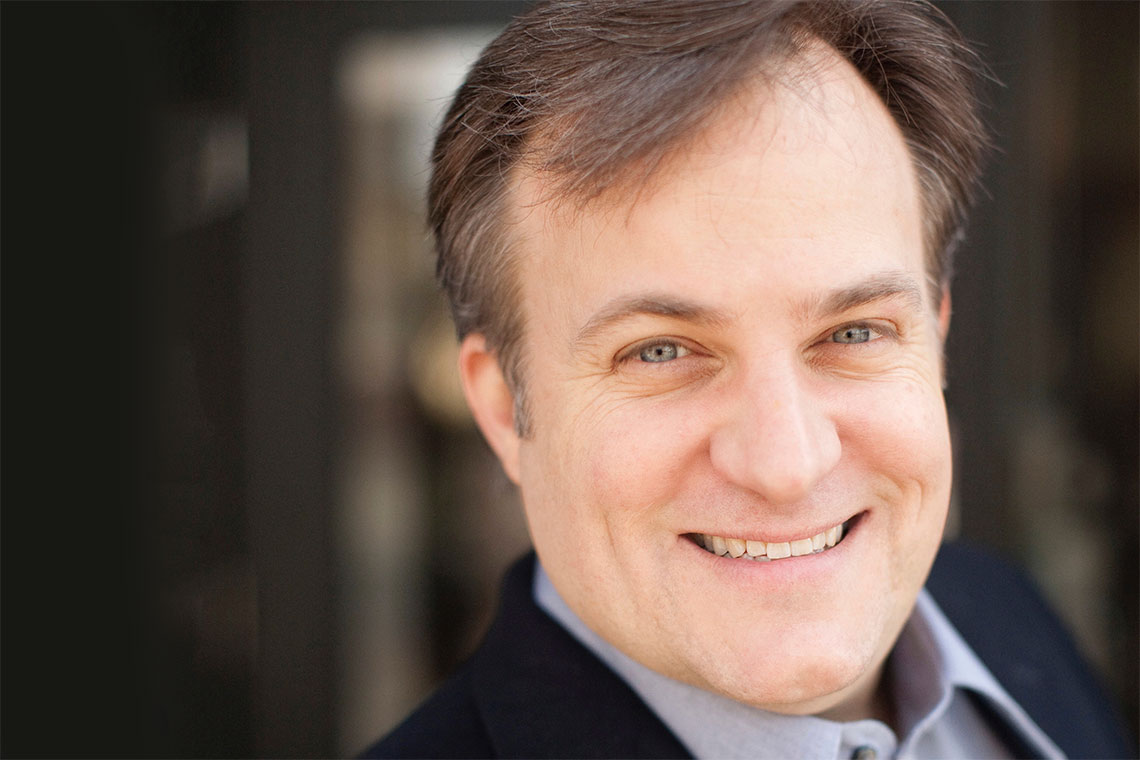 Richard Gray is an actor and award-winning composer/lyricist. His musical collaborations include The Fourth Estate with Andrew Russell, Love is Love with Martin Charnin, and The Flea and the Professor with Jordan Harrison, among many others.

Onstage, he’s performed in 23 productions at the 5th Avenue Theatre including The Music Man, Spamalot, Carousel and A Room with a View. Currently he’s in the 5th’s excellent Assassins as Charles Guiteau, killer of President James Garfield. He plays the polymath huckster with a twinkly-eyed, demented brio. Gray joined me for this week’s installment of Five Friday Questions.

I am usually a fan of a “go big or go home” performance. That said, the most impactful portrayal I have seen recently was Cynthia Erivo in The Color Purple. She started off so still and internal. I was so impressed by her patience, holding back until the moment she released and tore down the house.

This question could get me in trouble, as I am lucky enough to be friends with a great many of the city’s top chefs. I will always take guests to Poppy on Capitol Hill for one of Jerry Traunfeld’s amazing thali-inspired platters. But for a truly special treat I head up to Lummi Island for a Blaine Wetzel prix fixe at The Willows Inn.

Honestly, I don’t listen to music that much. As a composer, I tend to go to work when I have music playing—analyzing structure and evaluating lyrics. Also, I like driving in a quiet car so I can compose in my head. But when I need to get pumped up? Old school: ’70s/’80s pop like Michael Jackson’s “Beat It” or Elton John’s “Bennie and The Jets.”

When I’m sad? Rickie Lee Jones’s Girl at Her Volcano, especially her version of “Rainbow Sleeves.”

Don’t BORE me. You can do anything else—entertain me, piss me off, make me laugh, move me to tears, make me think, turn me on, impress me with skill or romance me with the power of language. Just don’t bore me. I have only so many hours on this planet and I hate wasting two hours on something pedestrian.

Never be the problem in the room. Work your ass off all the time because this is a career choice that survives predominantly on reputation. Do your homework and bring your A-game to every rehearsal. As a director, be overly prepared and utterly flexible. As a theatre composer, be ready to defend every note and lyric on the page and be open to input and change. As an actor, come to every rehearsal with a myriad of ideas and an open spirit of collaboration. If people describe you as not only “talented” but also “reliable,” you will succeed.