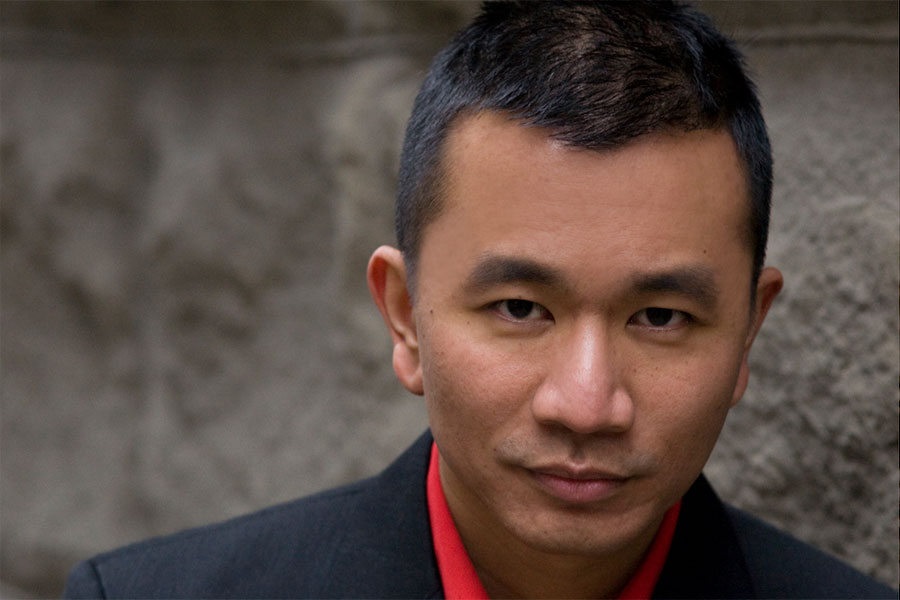 Ray Tagavilla is an actor, UW graduate and two-time winner of the Gregory Award for Best Supporting Actor. He’s put in work at ACT, Seattle Shakes, Theater Schmeater, Washington Ensemble Theatre, Azeotrope and many others. Next week he’ll be opening Sauced at Café Nordo, a film noir featuring food, booze and jazz. Tagavilla joined me for this week’s installment of Five Friday Questions.

I saw a transient a couple of weeks back performing an amazing moonwalk that would make MJ proud. Granted, the man was having a conniption but it made me wonder if he may have been a dancer earlier in his life. Honestly, it was a showstopper.

I’m a foodie but I’m also hungry all the time so any chance I get to eat is always the best meal ever. That’s not a great answer so, ummm, let’s see… phở. You can’t go wrong with phở. Well, you CAN. You can screw that up pretty badly but if it’s made well, there’s nothing else like it. Lots of hot sauce. Lots of hoisin.

“Alternative” music from the ’80s and ’90s always gets me jacked. Anything from Metallica to Soundgarden. I also really like “I Want It That Way” by Backstreet Boys. It’s so quintessentially ’90s and reminds me of my youth. I don’t really dance but if you played that at a Starbucks, I would WRECK THE PLACE. That’s not a joke.

What’s the most crucial element of a production?

EVERYTHING. Everything is crucial. You can have a great script but bad actors. A great space but an uninspired lighting designer. Sometimes, just sometimes, you have chemistry and luck, which can make up for a LOT of flaws.

Any masochist who wants to get into acting should seriously give sketch comedy and improvisation a try. Improvising and making strangers laugh is a tall order. It teaches you the fundamental tools to understand what you’re saying in the scene, what that scene is about and how to include your audience into that world. Ultimately, it educates you on how/why to listen and not looking like you’re listening.