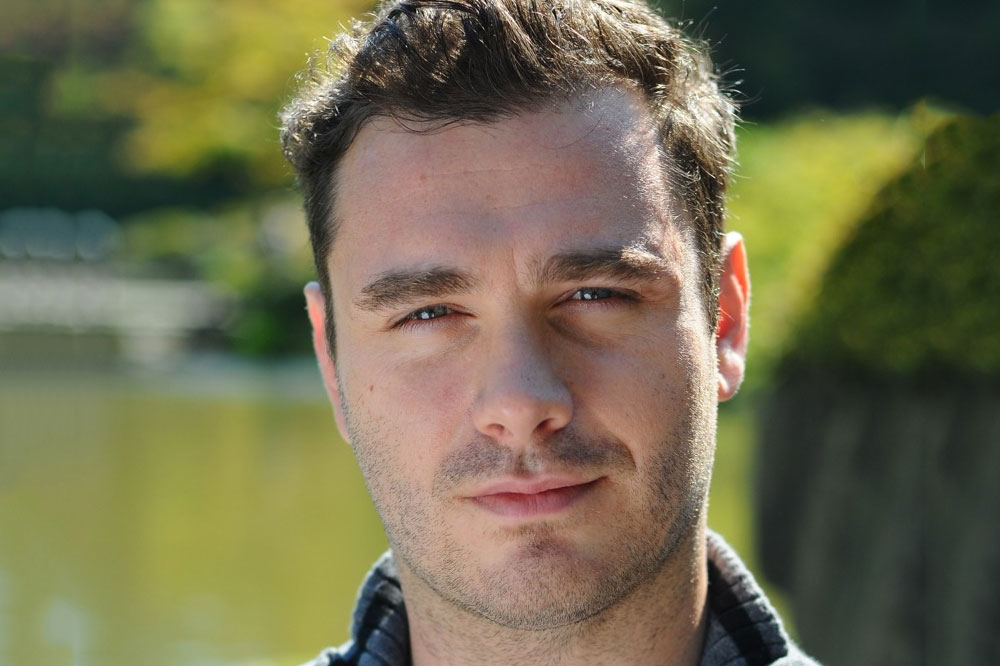 MJ Sieber is an actor, director, filmmaker and Cornish grad originally from Irvine, California. You might’ve seen him in the Rep’s Outside Mullingar, which closed last week. He directed this spring’s critically acclaimed production of The Flick at New Century Theatre Company, where he is a founding artist. He’s a regular presence onstage at ACT, the Intiman, Strawberry Theatre Workshop, Book-It and others. Dude works.

This Sunday Sieber will appear onscreen at SIFF in the short film The Gift, and he’ll wrap production on his feature film Taste this summer. He took time out of his hectic schedule to join me for this week’s installment of Five Friday Questions.

It’s hard to see much theater when you’re doing it. You see people at bars after shows and check in to find out when they close and you quickly realize you can’t see them. Last week I ran into Trick Danneker, who was playing Roderigo in Othello with Seattle Shakes, which closed on the same day as Outside Mullingar. There was no way either of us could see the other’s show. I told him that I would tell people I saw him in Othello and he was brilliant if he would do the same for me. I’m going to start doing that with more people.

All that is to say the best performances I’ve seen lately are the ones I’ve been closest to:

Sam Hagen walked into the room for The Flick with his beautiful soul wide open. He confided in me early on that he was worried that the role might be too easy for him to access, because he feared there was much of “Sam” in Sam. And there’s truth to that, but he was able to craft a character that was someone else entirely, while bursting with compassion and humor only Sam Hagen could bring. Where they differed was in the real Sam’s courageousness, ability to listen and stand up for what he knows is right. But he was willing to explore the more cowardly parts of the character in a stunning and heartbreaking way. He’s just so real, unafraid, trusting and ready to explore anything, even if he doesn’t fully understand it in the moment. It’s a rare trait in an actor and I can’t wait to work with him again and again.

Emily Chisholm was my scene partner for most of Outside Mullingar and she taught me more about acting than I’ve learned in years. When you have someone as focused and determined as Emily across from you, you can either run away from the challenge or race to keep up and try to meet her eye to eye. She digs and digs until she’s found the ultimate truth of the moment and then allows herself to be open from night to night to finding new things. There’s nothing like laying the groundwork for your character and situations to put yourself in a great position to play. When the preparation is there, it only allows for more inspiration. To trust someone onstage like that is huge (it’s one of the reasons we started NCTC), to let them change you rather than the other way around. I think that’s a mistake many actors make. You try to change the other person, rather than letting them change you.  It basically means you’re not listening or watching them the way you should. We would play nightly in that show and it was a thrill.

And Linas Phillips as Shawnsey is otherworldy.  I’m not entirely sure what he’s doing, or why I laugh ‘til tears are coming down my face, but he is developing something there that goes back to Andy Kaufman, and it’s like watching a stunt driver flip a car 27 times, catch on fire, demolish it and, somehow come out unscathed. How do you do that?

I’m a foodie. I made a movie called Taste and learned a lot about food and local fare. So there’s a long list, but…Kao Soi Gai from May in Wallingford, pizza from Bambino’s on Lower Queen Anne, there’s the cheeseburger at Dahlia Lounge that will kill you, a Salumi sandwich will do the same, gluten-free doughnuts from Cider on Capitol Hill and anything at Westward (if you can get a table).

I love local music. Asthmaboy’s album Wanderers is great. I’ve also been a huge fan of this fella I found on Bandcamp, Michael Erickson, who goes by WMD. When I’m sad I get sadder by listening to Jonathan Keevil’s soundtrack to Bellflower. For some reason I would listen to the Beastie Boys before Outside Mullingar.

What’s the most crucial element of any production and why?

The element of surprise. I love magic onstage when it’s incorporated into the story telling. People love to say that “Anything can happen when you’re watching live theater,” but that’s not really true. If you can surprise an audience—use true theatricality in a way that catches people off guard, makes them lean in, take notice—then you’ve got them. They are in the palm of your hand waiting for what you will do next. This can happen with lights and sound or smoke and mirrors or language and behavior. Cheap tricks. In The Flick we had to re-litter the theater very quickly between blackouts so there was always something for the actors to clean. Most people didn’t know how we did it, and because of that unsolved element, they would think about it longer.

Jerry Manning taught me that life takes priority over everything else. I know that’s a pretty obvious thing but when you’re young and hungry, artists are willing to sacrifice a lot for their art, their careers. I regret some life experiences I missed out on when I was younger so I could do a show. I do a lot less theater now by choice. I only do shows I love, only what I feel like I’ve got a stake in. Jerry taught me through his relationships with people and the way he built the Rep into much of what it is now, that you can only really invest in people. That’s why the Rep is one of the best places to work. They treat you well and tell you right away that life comes first.