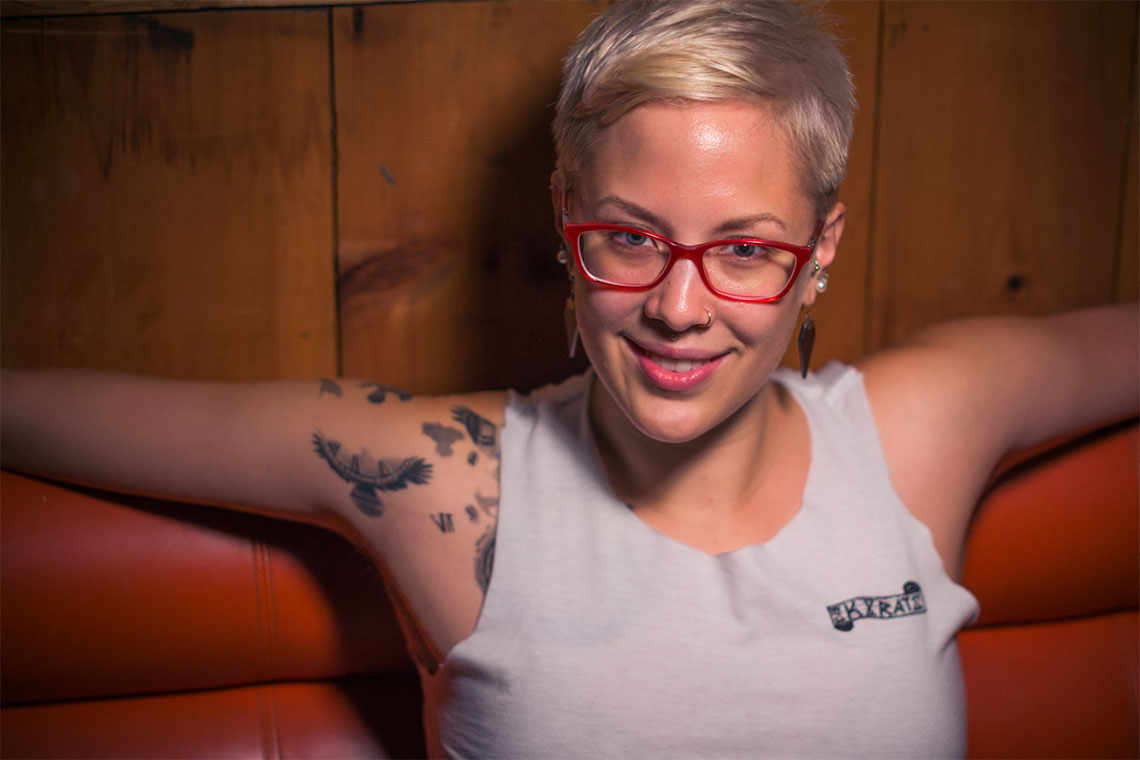 Mary Hubert is a freelance director and producer. Most recently she collaborated with The Horse in Motion and the UW on And Hilarity Ensues! and directed Lazarus and His Girlfriend at the Seattle Fringe. She’s the development director of The Seagull Project, finance director of The Horse in Motion and marketing director of Annex Theatre. She’s also worked with The Satori Group, Washington Ensemble Theatre, Seattle Public Theatre, the Young Playwrights’ Festival and On the Boards.

Honestly, I feel a little bad straying from the theatre path, but to combat a murderous hangover last weekend I watched all of the Lars Von Trier Depression Trilogy. Every part about the performances in those pieces was the best part, but in particular, Charlotte Gainsbourg slays. Go Lars.

Really any obscure electronica will get me going, specifically uptempo glitch hop *dusts off shoulders pretentiously*.

But I’m actually more of a podcast/audiobook gal than a music maven. Currently I’m burning my way through this young adult series called The Heroes of Olympus that I started reading for my Kidstage gig and then couldn’t seem to stop. It’s kind of like Harry Potter, but with more badass female characters and Greek gods.

Establishing a common vocabulary. Every production is going to have different collaborators, a unique aesthetic, changing goals. Each team needs to figure out how to talk to each other, or meeting these needs is impossible.

As a director, your job is to create an atmosphere in which something might happen, not to create the thing itself. Though you should make sure there is always an idea in the space you’re in, you don’t need to be the only voice in the room.

Or, in shorthand: shut up and listen to your quietest actors. They usually have the best things to say.