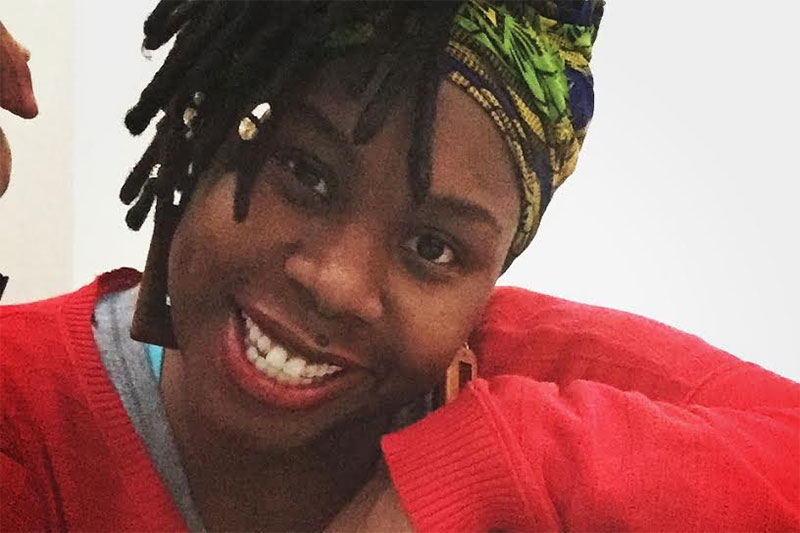 Malika Oyetimein is a current MFA candidate at the UW, artistic director of the Philadelphia-based Ademide Theater Ensemble and a member of the Directors Lab at Lincoln Center Theater. You might’ve seen her work this past summer as director of the Intiman Theatre Festival’s acclaimed production of Robert O’Hara’s Bootycandy. Her next show is Kia Corthron’s Force Continuum, an exploration of police brutality centered on the experience of a third-generation African-American policeman. It’s being staged at the UW’s Jones Playhouse this April. Oyetimein joined me for this week’s installment of Five Friday Questions.

The play The Cradle Will Rock, written by Marc Blitzstein and directed by Valerie Curtis-Newton earlier this fall. I didn’t love the music of the show—which would make you think I’d hate the musical—but what I loved was how connected and important such an old (it was written in 1937) musical felt. The show is about how money and greed are the source the corruption and corrosion of the human condition. It’s set in the Depression era and is deals with union busting and unlawful tactics to suppress the working man, much like today. I was really inspired by Valerie’s concept and how it integrated the audience in what might have felt like a stiff, outdated script.

Being a full-time MFA student, a good meal can be elusive. I generally try to meal prep for my work week, which means weekly dashes to Trader Joes and Safeway. Or if I am just too slammed it means mad dashes to the Ave and multiple orders of Chipotle. However, when I do have time to be out on the town I like to grab brunch at Skillet. Ironically, I have never had chicken and waffles before living in Seattle (I know, right?). So when I brunch at Skillet I ALWAYS get the chicken and waffles with the chicken thigh. DELICIOUS.

I know what I am about to say is going to label me as a geek, but I am going to just speak my truth. I listen to musicals to get me pumped. There. I said it!! Hamilton is on repeat right now. SERIOUSLY believe the hype, it is GOOD. If it’s not Hamilton it might be The Wiz, Color Purple, Caroline, or Change, Passing Strange or ANYTHING by the queen mother Audra McDonald.

My go-to sad music would have to be anything from Gladys Knight. I mean, she is the queen of a good breakup tune. “Where Peaceful Waters Flow” is just… I’m getting choked up just thinking about it. Oh, and Luther Vandross… never listen to Luther unless you are prepared to let out a gut-wrenching cry.

What’s the most crucial element of any show?

What’s the most useful thing anyone’s ever taught you about directing?

In one of my first classes in grad school, Valerie Curtis-Newton told me, “Your job isn’t to bring every idea into the room. Your job is to  create a space for all the ideas to happen.” Or something like that—I’m always bastardizing her quotes. But that really stuck with me. I think it made such an impact because it took the pressure of “having all the answers” away. It allowed me to truly embrace exploration and collaboration with my cast and design team in new and freeing ways. In the rehearsal room I say, “I don’t know, lets try it” all the time now.