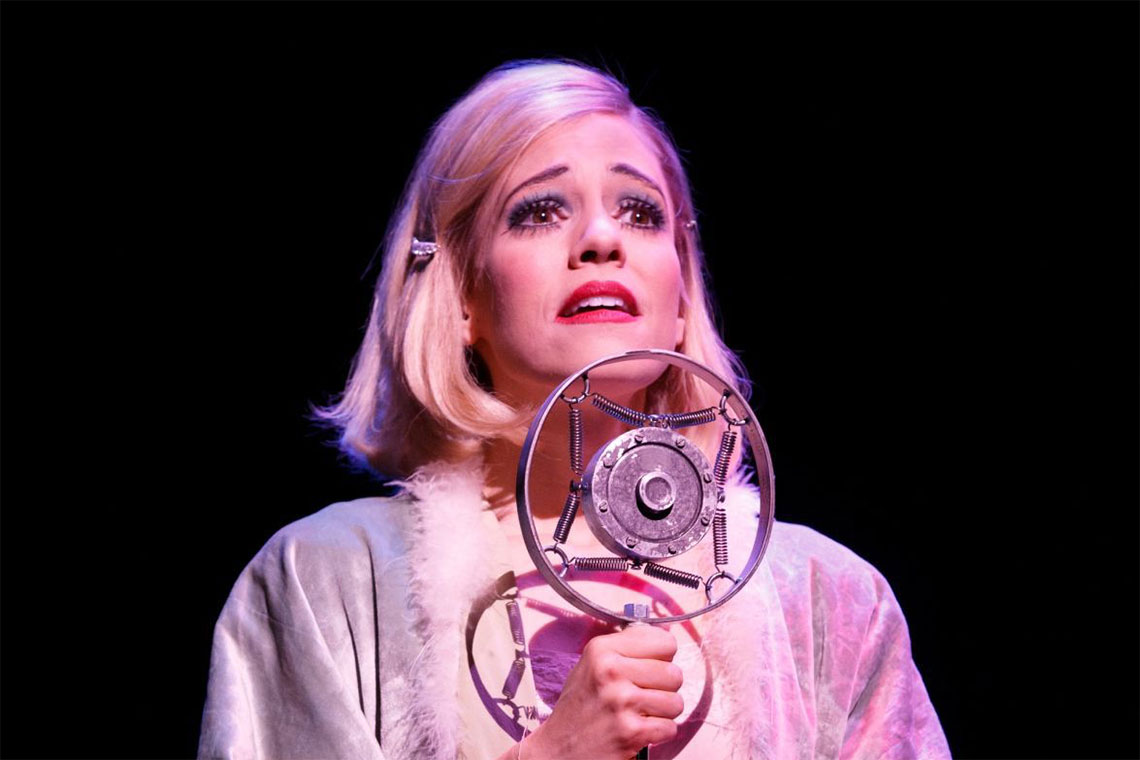 Leigh Ann Larkin is playing the role of Sally Bowles in the coming national tour production of Cabaret, being showcased at the Paramount Theatre. She is best known for her performance as June Havoc in the 2008 Broadway revival of the musical, Gypsy. She also was in the 2009 Broadway revival of A Little Night Music, starring Angela Lansbury and Catherine Zeta-Jones. She recently sat down with us to talk about parents, Hamilton and donuts.

When did you realize that you wanted to be an actor?

I realized that I wanted to be an actor from a pretty young age. I think I knew for sure by my sophomore year in college when I discovered that you could actually go to college to study acting. My parents were so incredibly supportive. I had been performing beginning in the early years of elementary so I don’t think they were surprised to find out that I wanted to continue.

What artistic performance are you excited about seeing and why?

At some point I would love to see Hamilton because I love Lin and his work. Not to mention that it’s an incredible piece of theatre. I also love plays and try to catch as many of them as possible. As soon as I get back to NYC I’ll see what’s running and go from there!

What do you to do prepare right before you hit the stage?

My prep right before I hit the stage is a good vocal and body warmup. This show is a marathon for me so my whole body needs to be prepared!

What artwork has always inspired you and why?

There is Chicago-based artist that I love named Laura Lee Junge. I have two of her paintings. They are really fun pieces! I also love an artist named Bats Langley. He sent me a piece of art that he made for me during A Little Night Music. It’s hanging on my wall and I love it.

What are you looking forward to during your visit in Seattle?

I’m looking forward to exploring the city of Seattle and eating some yummy donuts! I haven’t had them in years! I’m excited to have two weeks to take my time and soak up all that Seattle has to offer. It’s such an incredible city!!!!