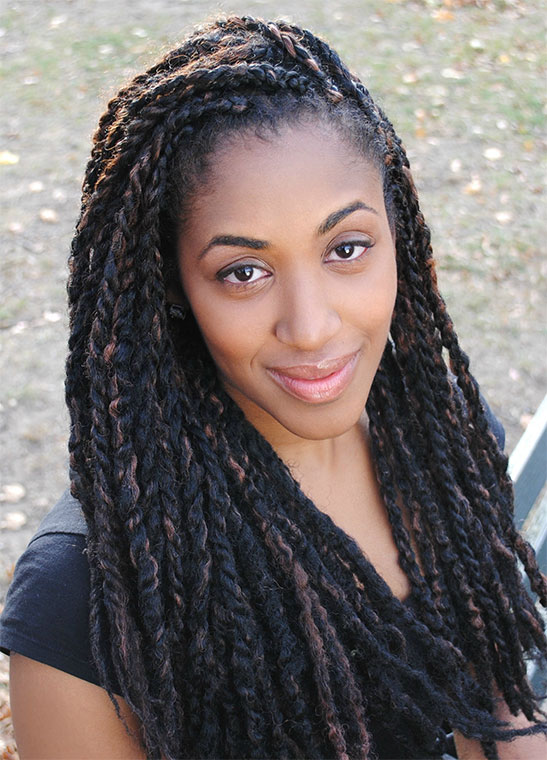 Lauren Du Pree has been involved in Seattle arts since childhood. In her senior year of high school she joined the cast of the PBS’s nationally syndicated Emmy Award-winning show Biz Kid$. After high school she moved to Washington, D.C. to study theatre at Howard University, and upon graduating began her professional career with the musical revue Ain’t Misbehavin’. Since then she’s been working consistently in the DC area at theaters such as Studio Theatre, Ford’s Theatre and the Kennedy Center. Some of her most memorable roles have been Orphie in Orphie and the Book of Heroes, Grace in The Piano Lesson, and one of the Stepp Sisters in Dreamgirls.

Du Pree recently relocated back to Seattle, and this February she’ll appear in 5th Avenue’s How To Succeed In Business Without Really Trying. She joins us for this installment of Five Friday Questions.

The first two things that pop into my mind are the movie Dope and Brandy in Chicago on Broadway.

Dope was an excellent depiction of complex black characters. It successfully broke down many stereotypes that black people face everyday. We are amazingly complex and diverse, but we’re often pigeonholed into playing stock characters in film and television. I loved how this story depicted a kid who categorized himself as other because he didn’t fit the typical stereotypes, yet he was able to maneuver between all of the different worlds in his life and create the future that he wanted for himself despite the obstacles. His “otherness” didn’t make him any less black or relatable. It made him real.

I also loved seeing Brandy in Chicago because I’ve loved her since I was in elementary school. Not only did she sing down but she brought a nice flavor to the character of Roxie Hart that I had never seen anyone do before.

I have a very limited diet right now because of some food allergies, but since moving back to Seattle I’ve been able to find a few places that accommodate my restrictions. Blue Moon Burgers is amazing. Their paleo burger is great and the fact that they even have gluten free onion rings blew my mind. I hadn’t had onion rings in years until I got some a few months ago at Blue Moon.

I also really enjoy international food: Ethiopian, Vietnamese, Japanese, Thai, Caribbean, Senegalese, etc. I live in Columbia City and there are some great international restaurants on the strip. The Spice Room is my go-to for Thai food and La Teranga has delicious Senegalese food.

I LOVE oldies. Stevie Wonder, Earth, Wind and Fire, Marvin Gaye. Love it all. Lately, I’ve been into ’80s and ’90s R&B. That’s pretty much all I listen to on Pandora. Listening to good music helps keep me motivated when I have to do chores, so I always make sure I have my tunes ready.

The script/the story. Everyone needs to have a clear understanding of the story being told. That’s what we are: storytellers. If the actors onstage are unclear or aren’t telling the same story the audience can tell.

You’re always auditioning. Isaiah Anderson Jr. teaches this to the youth of the all-teen summer musical at Langston Hughes Performing Arts Institute every year. And this advice applies to life as well. You never know who you’re going to end up working with again, or who will be in a position to help you in the future.

Relationships are so important in this business so it’s vital to always put your best work forward. Most of the jobs I’ve gotten have been because I previously worked with the director or production team, or because they saw my work and called me in to audition. I was hired by two of my professors for my first professional show right before I graduated. My four years of undergrad were an audition for my professional career.