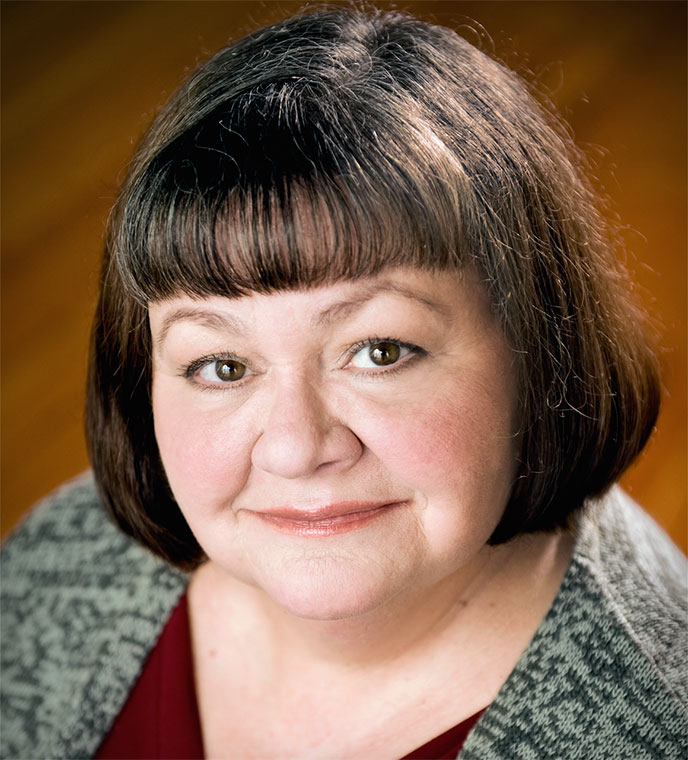 Laura Kenny has been acting in Seattle for over 30 years, working at just about every theatre in town. She’s also performed at the Old Globe Theater, Shakespeare Theater Company in DC, McCarter Theater, and Shakespeare Santa Cruz. On film and TV she’s been seen in Harry and the Hendersons, 10 Things I Hate About You, Northern Exposure and many others. She’s a proud Equity member and VP of Actors for the local SAG-AFTRA union.

Kenny’s currently playing the title role in Taproot Theatre’s The Realization of Emily Linder, running through June 11. Kenny joined me for this week’s installment of Five Friday Questions.

Come From Away at the Seattle Rep was a wonderful show that really moved me. I loved the simplicity of the set and the musicians on stage. The music along with a well-written book really told a compelling story. You cared about the variety of characters so much. In all it was a great night of live theatre.

The best meal in Seattle is one that is eaten with friends. I live alone and eating with friends and enjoying others company always makes the food taste better. I don’t usually eat at the trendy restaurants so I will just add, my favorite takeout is chicken phở from Than Brothers or Mexi-fries from Taco Time.

I will always be a Beatles fan. I have been in love with Paul McCartney since I was twelve. Their catalogue satisfies both the pumped-up and the sad. Led Zeppelin is my favorite driving music.

Theatre is always a collaboration, so every element ultimately becomes crucial at some point in the process. You are there to tell a story and all the elements of the show must support and defend that fully for a great show to happen.

I took a class from Eve Roberts and she said we should audition for everything. Taking her advice, I went to an audition for understudies for Angry Housewives. I had never sung before and learned “The Lady is a Tramp” with the help of friends and went to the audition. The rest is history. I was hired and had two weeks to learn the show and then I was on stage doing it. I was the understudy for two years and got my Equity card in the show and did it as the Equity regular for two more years. I have done several musicals since then, all thanks to that advice from Eve.