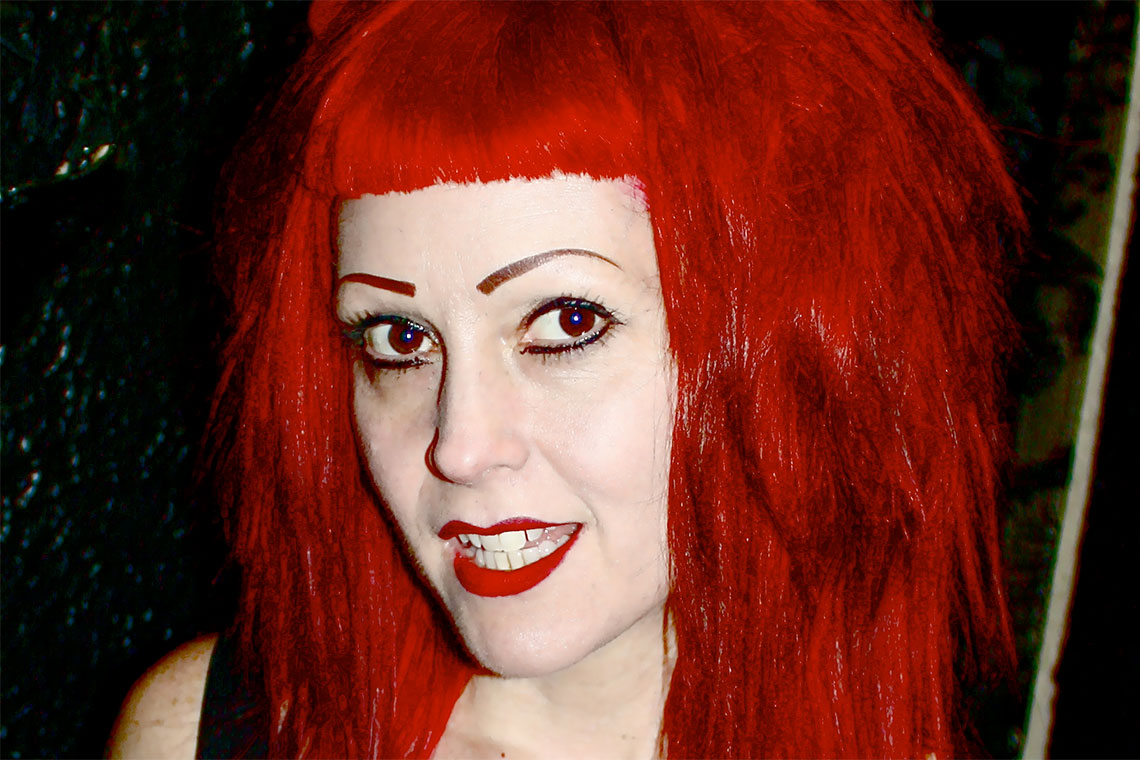 Kelleen Conway Blanchard is a playwright with a penchant for the creepy and monstrous side of humanity. Her work has been produced at Annex Theatre, Pony World, Seattle Playwright’s Collective, the 14/48 Festival, FringeACT and many others. Her 2012 femme-sploitation women’s prison takeoff Kittens in a Cage received rave reviews and spawned an acclaimed webseries. Her well-received gothic comedy Blood Countess premiered at Annex last fall.

Blanchard is constantly generating new work that prominently features strong women and lurid circumstances. Look for her play Blonde with the Wind, currently in development, featuring Keira McDonald as Scarlett O’Hara trapped in a modern-day mental hospital. Blanchard joined me for this week’s installment of Five Friday Questions.

Did you see the last 14/48 Festival?  In case you haven’t been, they ask writers, actors, directors, musicians and tech people to come together and make 14 new plays in 48 hours. It’s always insane and spectacular and terrifying for all of the artists. But fear is good for art. And in 14/48, the fear is right on you all of the time, holding your hand, snarling in your ear. That terror makes good theater. This last fest had three perfect moments or rather, series of moments. Little flashes of perfect:

What’s the best meal in Seattle?
I have three.

I always say that I’m not musical so I’m not forced into boring music conversations with people that really want to talk B-sides. And I don’t know B-sides. Truth is a lot of my music love was beaten out of me by cool older sister. She shamed me for my intense love of disco and soft rock. I’m working through it.

But I’ll go ahead and say that when I need to get pumped up—which isn’t that often because I have anxiety so I’m technically always pumped up in a hyperventilating-on-public-transportation kind of way—I pump up with Korean pop ladies. My wife and roomie both listen to a lot of Korean pop music. Sometimes I hide from it because a lot of it sounds like drunks at closing time but with synthesizers and, weirdly, saxophone. But these kick ass ladies always make me happy.

When I’m sad nothing beats Dolly Parton and Loretta Lynn. They know me. Working nine to five? Yes I am, Dolly. What a way to make a living. Yeah. Fist City. Mmmmhmmm. Yep, Loretta. I know some people needing a punch.

In a subsidized luxury hotel. That would be the best. Let’s work that out.  But lacking that ideal situation, which again would be great, usually I write in my tiny chaotic apartment with my family playing video games and trying to talk to me and also use the computer and somehow I like that.

What’s the most useful thing anyone ever taught you about working in theater?

When I was a kid I had this phase where I started writing mean letters to people. Really mean ones. I don’t know why. Deep down, I’m a terrible person, probably. I’m not sneaky though, so I got caught and my father gave me this advice, “Never put anything in writing. That’s how they get you, kid.”

And it’s true. When you write something it gains in power. Calling someone a turd is one thing, writing an essay about why exactly they are a turd and all the turdy things they are in detail is something much more. And that’s why I’m a writer. Because it is something bigger.

Can I have two useful things? The other one is just this, and I don’t know who taught it to me, probably everybody: Being in theater or any art saves your life. Over and over again. For lots of reasons. The community of artists, the pleasure of creation. But mostly because when something awful happens you don’t think, “Oh no. It’s all over.” You think, “Wow. That’s terrible. How can I use it? What will I make out of it?” And that saves your life.