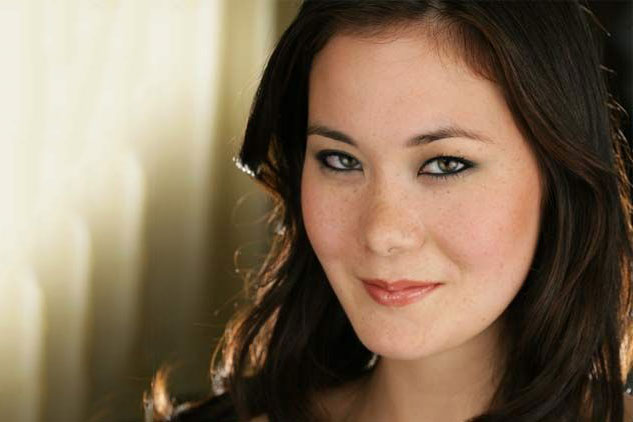 Keiko Green is a half-Japanese writer/performer from Georgia who came to Seattle via New York three years ago. Since then, she’s appeared in numerous productions: Annex’s Chaos Theory, WET’s Bengal Tiger at the Baghdad Zoo, Pony World’s Or, the Whale. This March she makes her debut at the Rep in The Comparables and at Seattle Shakes in next May’s production of Othello. Her original musical Bunnies, inspired by the Woodland Park bunny infestation with music by Jesse Smith, will have its world premiere as part of Annex Theatre’s mainstage season this April.

Green is preparing for a creatively prolific year. I caught up with her for this week’s installment of Five Friday Questions.

That fake field goal in the NFC championship game. I’m obsessed with it. I can’t stop watching loops of it online. It’s everything you want in a performance: a solid set-up and a beautiful twist in the plot. I want all my work to be like that fake field goal.

There’s also been so much good theatre in town so far this year. I saw seven shows last week. The performance that is currently sticking in my mind is Robin Jones as Blanche in Civic Rep’s A Streetcar Named Desire. She was so layered. Her Blanche was so delicate, and yet she would victimize herself in a way that fooled no one. You wanted to shake her and scream, “Stop pretending to be broken! You’re broken already!”

I’m a sucker for a good happy hour. I often end up eating dinner really early because of this happy hour obsession.

The grilled sardine tartine at Lecosho is the single most delicious bite in Seattle, and it’s only available at happy hour unless you use your puppy dog eyes, which I have used to varied success.

Add a salad with a perfect egg, some sausages to share, and a glass (or two) of wine for the perfect meal. If I could get the roasted bone marrow from Quinn’s Pub added to that, well… a girl can dream.

I like danceable music to get pumped up—or at least something I can jump up and down to. I really like Metric’s “Black Sheep,” though the intro is way too long, so I usually skip 30 seconds in. I actually like the actress who sang it in Scott Pilgrim’s voice better, so I often listen to the movie version online instead.

Also my classmate from the Experimental Theatre Wing at NYU is the lead singer of this band Avan Lava, and they’re amazing. Their song “Feels Good” gets me pumped not just because I love the song, but also because it reminds me that I’ve worked with tons of people who are way more talented than I am—it taps into my competitive nature.

When I’m sad, I like to listen to songs from Young Jean Lee’s band Future Wife. Their song “Horrible Things” puts things into perspective. The lyrics are depressing and hilarious: “Who do you think you are to be immune from tragedy? What makes you so special that you should go unscathed?” But it’s set to this really cute music and her voice is so sweet. All the songs are like that. “I’m Gonna Die” is also really great. I like to play cutesy, sad music and just lie there and wallow, if time permits.

Well, I think the Olympus Spa or “naked spa” in Lynnwood will be my new treat. A friend introduced me to it last October, and I’m pretty smitten. They have a Korean restaurant inside the spa! How am I supposed to resist going to that place?

Other than that, I pretty much like to celebrate all night after closing then lock myself in the house the day after, cooking and eating all day. Near the end of a run, I’m eating out more often than I like. So I spend this lazy day filling my body with hot, stinky, healthy Asian foods. I’ll stock up on everything fermented at Uwajimaya a couple days before, preparing for this stinkfest.

In an audition, the people on the other side of the table are always on your side. Auditors want you to walk into the room and blow everyone else out of the water. It makes their job easier. They are rooting for you.