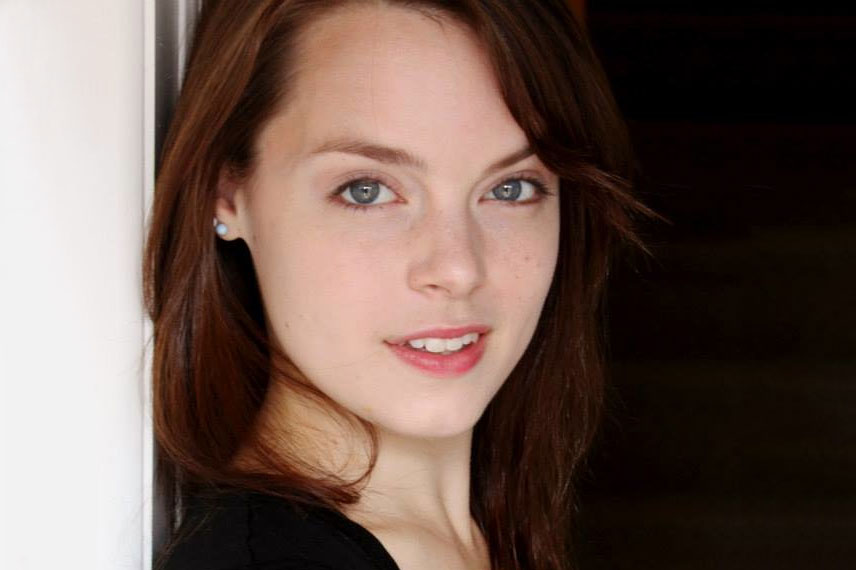 Emily Cawley can be seen right now in Village Theatre’s comedy The 39 Steps. Holding a BFA from Cornish College of the Arts, she’s been in productions at Seattle Children’s Theatre, 5th Avenue Theatre, SecondStory Repertory Theatre and many other companies. A practicing yogi and a native of Portland, Oregon, she’s playing three roles in the Village Theatre production—Annabella Schmidt, Pamela, and Margaret. It’s a farcical reworking of Alfred Hitchcock’s 1935 thriller of the same name. She joined us this week to talk about Peter Pan, Beethoven and tooth brushing.

I saw a production of Peter Pan when I was 5 or 6 that utterly converted me. I remember watching it and thinking, “Yup. This is the thing.” I had a lot of interests as a kid and, as I recall, I wanted to be president when I grew up (now I don’t think I’m cut out for that vocation, or maybe it’s not cut out for me), but as I got older theatre was the thing that had really made its way into my bloodstream.

I’m really excited about King of the Yees at ACT. The script is hilarious. I laughed out loud a lot while I was reading it. It’s also adventurous, witty and has a lot of heart. Desdemona Chiang is directing it and she’s an artist I really admire.

I brush my teeth! It’s good to feel minty fresh onstage. Plus, the whole practice of brushing teeth is a good warm up for your articulators—lips, teeth, tongue. And the peppermint is energizing and invigorating! Having a little moment of self-care is soothing. At this point I’ve been doing it as a habit for so long, I’ve got a Pavlovian response. Brushing teeth equals time to do a show.

What piece of art (music, theater piece, whatever) has always inspired you?

Beethoven’s “Ode to Joy.” Beethoven was a man who could have given up on joy so easily. To have lost his hearing, his ability to conduct, his livelihood, his health—despair would have been understandable. Instead, he undertook what must have been a humbling and arduous task of sharing his experience of joy with the same people who laughed at him, who gave up on him. When I listen to it, I usually cry. I have changed radio stations and left rooms in which it was playing to avoid crying at inopportune times. It makes me wish I could express my gratitude to him directly. Since I can’t, I work to pay it forward.

I like that the Seattle arts community is changing. As social justice and racial equality continue to loom large in the conversation, and rightly so, so, too, does diversity and inclusion in the work of Seattle artists. We see this in Sound Theatre Company curating a season of plays written entirely by women and the genre-blind casting happening at Seattle Shakespeare Company. Seattleites are not known for their comfort with confrontation, but I am proud of Seattle artists who are willing to take on those difficult conversations and to challenge their audience, too.