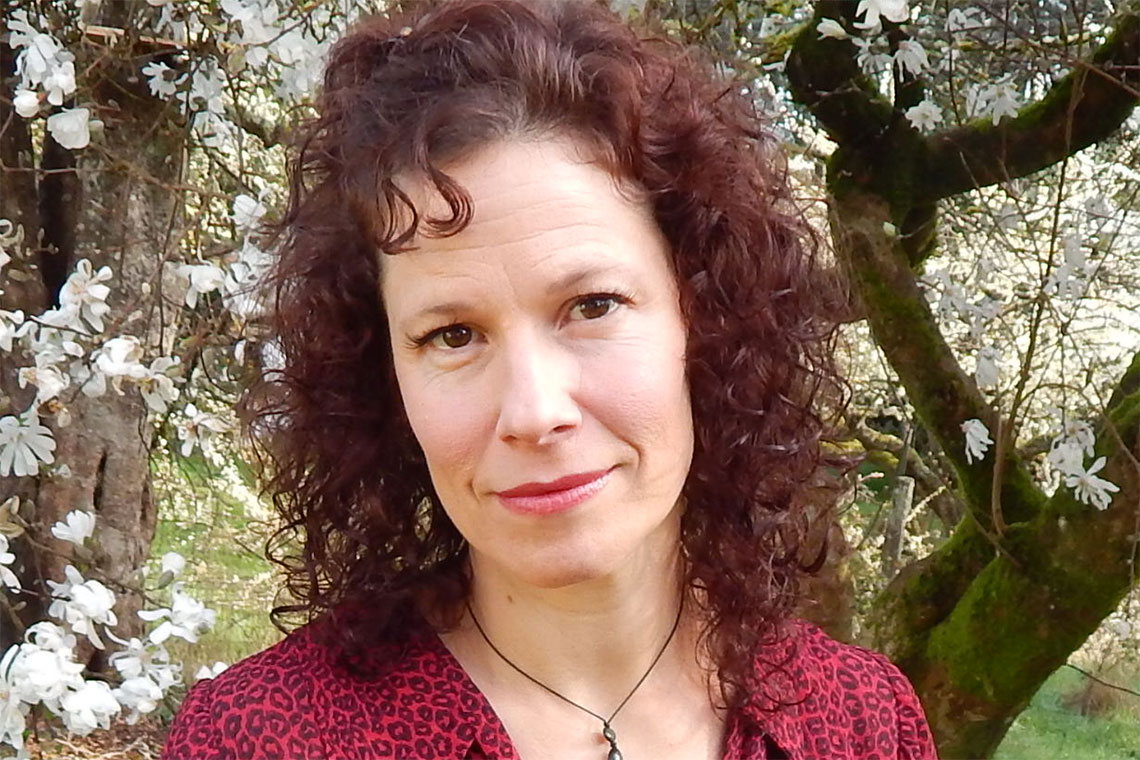 In addition to her work with UMO, Klob co-owns and designs for Cicada Bridal and teaches movement at Freehold Theatre Institute. I caught up with her via email from her home on Vashon Island for this week’s installment of Five Friday Questions.

Terry Crane, a rope artist in Acrobatic Conundrum, has a stunning solo piece that he does at the top of the current show they are touring, called The Language of Chance. His physical skill is breathtaking, but also his ability to make the rope disappear, so you are just watching him deal with what he is hearing and feeling, floating in the air. Beautiful fluidity and clarity at the same time. Pretty mesmerizing.  (Catch it when they come back to Seattle in May at the end of their West Coast tour!)

Second was Birdman. Such an amazing send-up of the theatre world, with such stunning performances and the application of magical realism into that Times Square atmosphere was just surreal.

And finally, because I am also a designer, I just have to say that the set of The Three Sisters, John Langs’s production at ACT, was just amazing. The whole production was moving, but the set just really took my breath away visually.

That sort of depends on my mood and the money that I have in my pocket. When I want a great meal, no questions asked: Buddha Ruksa in West Seattle, just amazing Thai food.  When I have a small amount in my pocket and am running to the Vashon ferry and am driving through White Center, Taqueria Guaymas has the best fish tacos in town. When I need to feel like I am in a different place, a different country preferably, I make my way up to Le Pichet on First Ave. I can practice my French and have an amazing meal all at once.

I am currently loving alt-J. They have a new album out that is rocking my world, This is All Yours.  That with a little Radiohead mixed in makes the perfect Pandora cocktail.

When I need to get out of my head and into my body, it is Portland-based Beats Antique. I cannot stay still when that music is going.  When I am sad, nothing will do like Annie Lennox; powerful woman, powerful voice.

What sunny weather activity are you most looking forward to?

Gardening!  I am a self-described Type A personality. I usually have no less than five plates spinning in the air: directing and running UMO, designing for my shop downtown, Cicada, family. Gardening is therapy for me. Hands in the soil is my happy place. I think a study just came out linking a Prozac-like component to soil that makes you happy when you garden. Duh.

First is that theater is just storytelling. Nothing more, nothing less. It is our human story told live. I like to remember that when I am in a tech that is eight hours behind and the light board has just lost all the cues.

Second thing that is paramount to me in making theater and that I learned from the UMO Ensemble is trust. In making collaborative art, if deep trust and respect is not present within the creative ensemble, the work is not complete, it is not whole. It is a collection of disparate parts. When real trust is given in the creative process, the work can be profound.