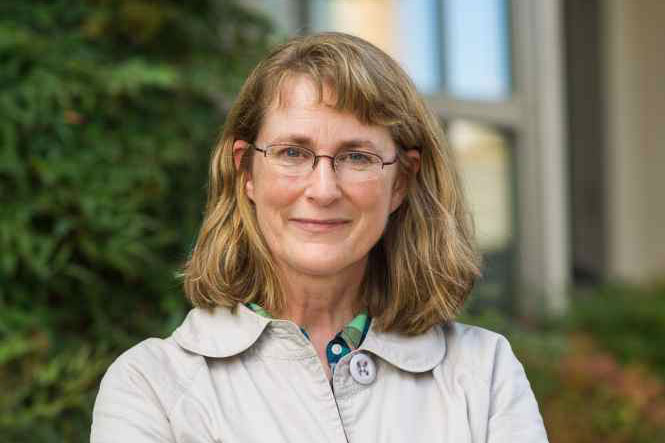 Elizabeth Heffron is a Seattle playwright and teacher whose play, Bo-Nita, premiered at the Rep in 2013 and received an Edgerton New Play Award. (See her City Arts interview about that play.) Her most recent new work, Portugal, has been developed as part of the Hedgebrook Women Playwrights Festival through the Seattle Rep Writers Group and ACT Theatre. She currently teaches at Cornish College of the Arts, ACT Young Playwrights Program, and at Freehold Theatre/Lab, where she spent five years working with the women of the Washington Correctional Center for Women on inmate-generated performance pieces.  She is an alumna of the Seattle Rep Writers Group, a member of the Sandbox Artists Collective, and the Dramatists Guild.

Continuing our run of notable local playwrights, Heffron joined me for this week’s installment of Five Friday Questions.

There’s so much amazing work going up these days, and a million things I really want to see, but I keep thinking about a performance of Top Girls by Caryl Churchill that was actually a Cornish College production directed by Kate Myre. The first act is complex and hard to pull off, and this was the first time I actually felt drawn to follow the whole thing through. It was a fabulous verbal ballet. The second act just kills you. Perfect play to remind you how little has really changed on the woman-issues front.

Little Uncle on Madison. I don’t know what you’d call it…maybe country Thai food? I love that this place exists. The tastes take you somewhere far away from Seattle.

For just sheer energy-mania, The Pogues or old-school Green Day.

When I’m sad and want to stay sad, I’ve been listening to this music from Portugal called Fado. Beautiful female voices wailing about fate and loss and melancholia. Terrific. Check out Mariza or Carminho.

The best way for me to start a play is somewhere with a lot of white noise and comfortable chairs, so a coffee shop or cafeteria. Once I’m rolling and charging towards a deadline, I go down to “the hole,” my basement office. It’s in my mother-in-law’s house, and there’ve been up to four generations all living in that house, so I’m alone, but with lots of people tromping around right above me.

If it’s really your vocation then it’s a long and winding road, and what goes around comes around. That. And less-is-more. Almost always.

See one of Heffron’s plays performed April 27 at Sandbox Radio Live at ACT. See her Cornish Junior Original Works students perform a series of 10-Minute Plays they wrote and directed as part of O! FEST at the Cornish Playhouse Studio.