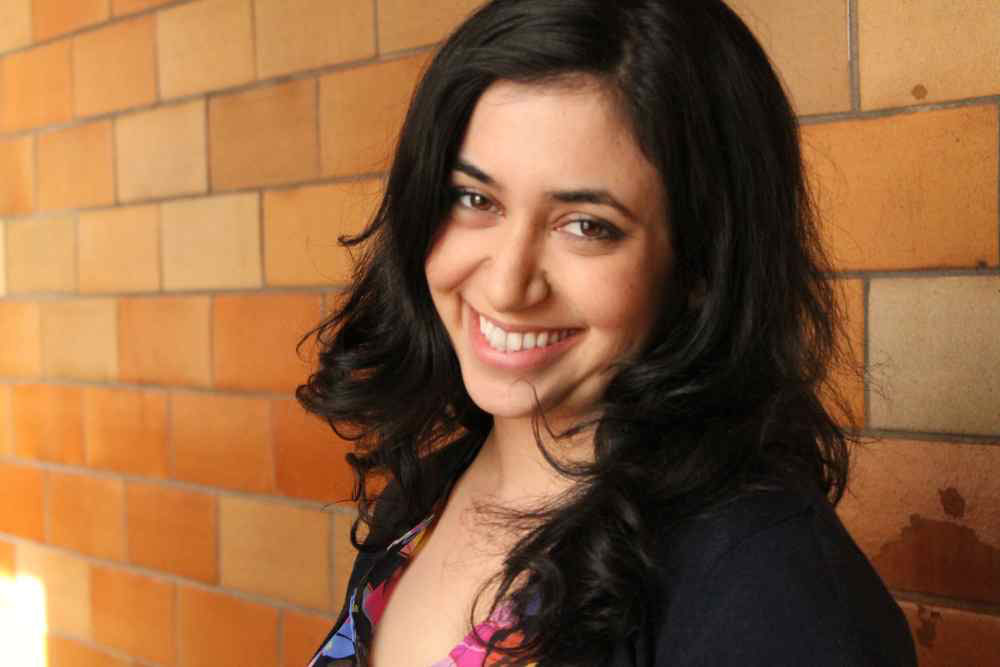 Doreen Sayegh is a producer, designer and collaborative theatre artist. She’s managing director of the Satori Group, one of Seattle’s most ambitious and innovative houses. This September, they take their new touring production of Spike Friedman’s Returning to Albert Joseph to Williamsburg, their first show outside of Seattle. This October they’ll bring back Spookhaus, Satori’s theatrical take on the haunted house, with an as-yet-unnnamed producing partner Sayegh assures me is “stellar.”

She also wears many other organizational hats: producing associate at Chicago Shakespeare Theater, programming advisor for The Next Fifty at Seattle Center, assistant producer for the 25th Israeli Film Festival in NYC. Continuing our run of tech wizardry and backstage brilliance, Sayegh joins us for this week’s installment of Five Friday Questions.

There’s a Chicago/New York shadow puppet/film production company called Manual Cinema and I can’t stop thinking about their show Mementos Mori. It was so cool! They put all these overhead projectors onstage and used a combination of hundreds of puppets, colored slides, and live actors to project onto two screens. THEN those two screens were lived mixed onto a larger screen, so we were essentially watching a curated movie and all of the pieces underneath. And there was a live band! It was a real pleasure to watch and experience. I have so much respect for the amount of work that went into that. And the story was simple and just beautiful.

I find myself yearning for simple, clean stories that convey deep messages and this was a lovely example of that. It was a story of a chic, modern-day Grim Reaper who used the app on her phone when it was “Time to Reap” someone. Then when it was lost, she had to face her victims personally. It was really smart commentary on technology as a barrier to human relationships.

This is tough. My favorite meal is an order of the green goddess salad and a side of chili fries at the Neighbor Lady. The best meal I’ve had? Maybe anything you could get at Tamarind Tree. Or a Seattle street dog (with cream cheese and grilled onions). It’s hard to get much better than that!

I was in Austin a few weeks ago and saw a band called Sweet Crude perform. They write songs in French and English and they’re this large band with dual lead vocals and all sorts of instruments. It’s a blast. Their music is so, so good. That’s definitely getting me pumped these days.

And when I’m sad… oh, it could be anything! Sometimes I like old jazz standards by a handful of my favorite crooners. Sometimes it’s Jeff Buckley or Manchester Orchestra or Mogwai. Other times I go into American Musical Theatre deep cuts. I’m all over the place.

Dramaturgy! I cannot tell you how many shows I’ve seen recently that had all the good elements but so desperately needed a smart dramaturg. I don’t think it always needs to be a dedicated person. There are great directors with a dramaturgical eye (though Satori has been experimenting with splitting it even further to script dramaturgy and design dramaturgy). That work is so incredibly essential. And it’s often the most challenging part of the process.

Oh, man. Satori is teaching me every day. To approach my work with rigor and curiosity. To be kind and open. To approach every project, every situation with different tools. Mostly, not to take anything for granted. That includes relationships, project development structure, rehearsal process, physical elements. Everything is specific and intentional. That’s a lesson I’ve greatly enjoyed learning.