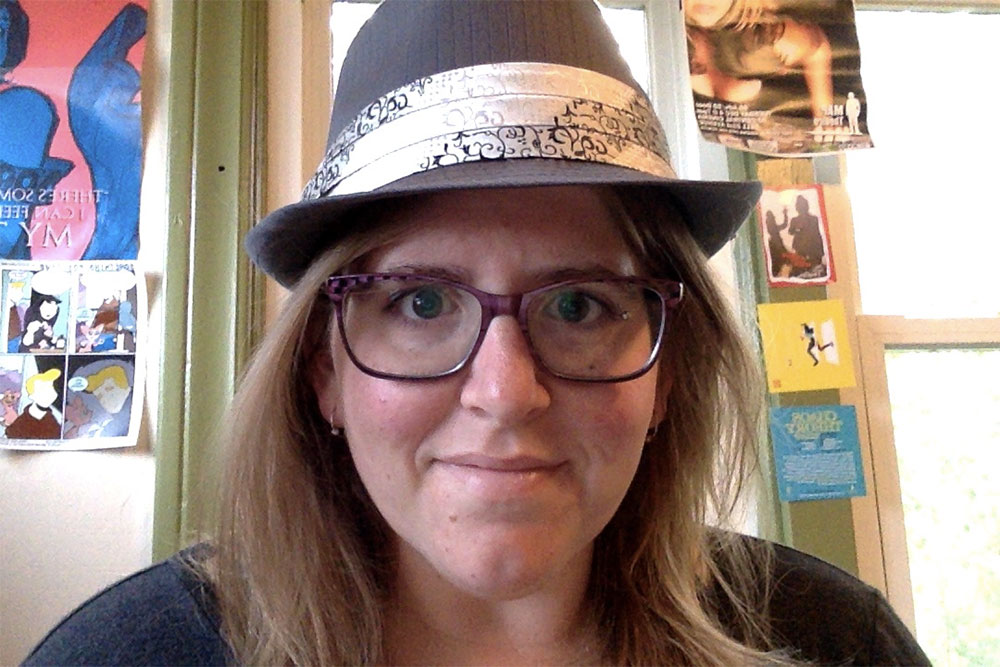 Courtney Meaker is a Seattle playwright whose work has been produced at Macha Monkey Productions (Buckshot), Annex Theatre (Chaos Theory, a play seeking order), Theater Schmeater, Playing in Progress and the 14/48 Festival. For last year’s Northwest New Works Festival at On the Boards, actor Erin Pike performed Meaker’s That’swhatshesaid, a one-woman piece using only female dialogue from the most-produced plays in America. Intriguing, no?

Meaker’s writing has appeared on The Huffington Post and she’s a member of the Seattle Rep Writers Group, where her new play, Made of These, will be read June 19. Rounding off our recent run of notable Seattle bards, she joined me for this week’s installment of Five Friday Questions.

I’m not a musical person, but I’ve seen two recently that are changing my mind about what you can do with musical storytelling: Lizard Boy at Seattle Rep and Bunnies at Annex Theatre.  Both were just delightful. Lizard Boy has unfortunately ended its run, but Bunnies runs for a while longer. Your inner bunny warrior—before you ask, yes, you’ve got one—demands you see it.

I’m looking forward to And, and, and Isabella Bootlegs produced by Macha Monkey, which opens tonight. I’ve sat in on rehearsals and I truly think this will be an exceptional night of theatre.

Outside of theater, I’m late to the Orphan Black fan-train, but I am obsessed now. Tatiana Maslany will certainly realize her feelings for me any day now.

I live near the Rancho Bravo taco truck in Wallingford, which is no longer a truck and now operates out of the old Winchells donut shop. For $8 ($10 with tip) you can get a burrito and tamale. Add a six-pack of New Belgium Ranger IPA and you’re set.

If you’re classier than that and want a sit-down, table-service place… yeah. I don’t do that often, but The Octopus Bar has a good happy hour and great queso.

Honestly, I’m more of a podcast gal favoring a listen to Stuff Mom Never Told You or Dinner Party Download. But if I’m in the right spirit, Ben Folds Five’s “Do It Anyway” is a great listen for pumpeditude. Or Tegan and Sara’s “Speak Slow.”

When I’m mopey, I get back into my Tennessee roots. Old school country is likely. Dolly Parton’s “Jolene” or Patsy Cline’s “Walking After Midnight.”

I like to write in a variety of settings. But recently, a friend let me stay for free at their place on Bainbridge. That will now live in infamy as the most perfect place to write plays for a number of reasons:

Outside of that glorious ideal—a bar is nice and chaotic in a productive way. I often get some good brainstorming done on paper at bars before hammering out details on my laptop in seclusion later.

Put your work in front of anyone and everyone who will let you. Ask for feedback, genuinely mean it and accept it graciously. Thank everyone who does this profusely. Buy them drinks. Repeat. Don’t be precious. Kill your darlings.