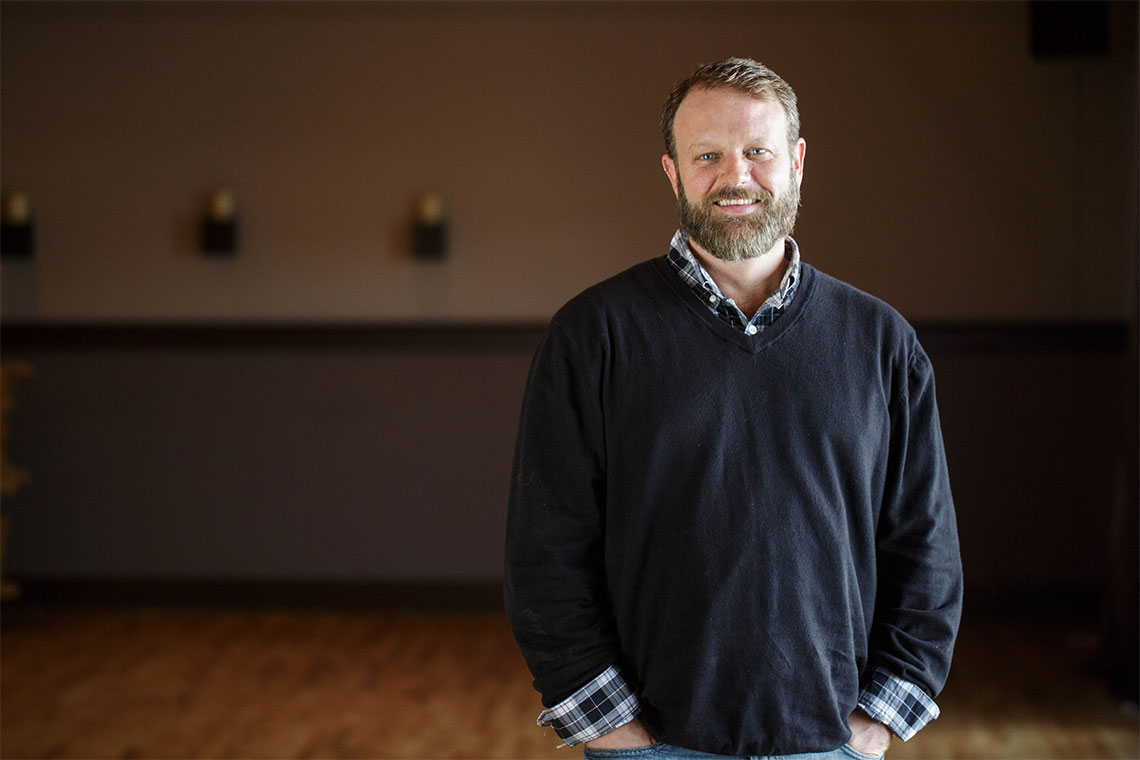 Corey D. McDaniel is the founder and producing artistic director of Theatre22 as well as a freelance director, actor and teaching artist. Originally from Texas, his career began as a dancer with the Lone Star Ballet. His most recent directing credits include Naomi Iizuka’s groundbreaking Good Kids and Bonnie and Clyde at Cornish, The Nerd at Mt. Baker Theatre, Wizzer Pizzer: Getting Over the Rainbow and The Hours of Life at Theatre22 and The Wild Party for Sound Theatre Company, which received a Gregory Award and a Gypsy Rose Lee Award.

McDaniel has also worked as a touring dancer, an on-set acting coach for teens and young adults in Hollywood, and he’s aided in the creation of professional actor training programs. He’s also worked with several local companies, from education director for GreenStage to interim artistic director at SecondStory Rep. He’s a co-founder of the TPS Gregory Awards and served on the selection committee for the 14/48 Projects. McDaniel wears many hats.

This summer he’ll direct Julius Caesar at the Island Shakespeare Festival and in the fall he directs Theatre22’s production of The Pride. McDaniel joined me for this week’s installment of Five Friday Questions.

This is a tough question because I watch a lot of movies and catch a shit-ton of theatre. I have many actors whom I follow because their work is always so wonderful to watch so I’ve seen many excellent performances in recent weeks. If I had to narrow this down to one specific performance and name it the best, I would call out Emily Chisholm’s portrayal of Vivie Warren in Seattle Shakespeare’s Mrs. Warren’s Profession. Though the script itself was not one I was particularly interested in, I’m interested in EVERYTHING that Emily does. She has to be one of the most versatile and specific actors I’ve ever seen and I watch her with awe and admiration every time I see her on stage. She is a study in the craft of acting. If you haven’t noticed, I have a huge director crush on her. In Mrs. Warren’s Profession, she was counter-balanced so beautifully by two other actors I consider to be the very best our region has to offer: Bobbi Kotula and Trevor Young Marston. I would pay any price asked to see any one of these three power-house performers on stage.

I love food. Like, I REALLY love food. And one of my all time favorite things about Seattle is the incredible world of food and mom & pop restaurants. No matter how often I eat out, and I eat out a lot, I’ll never be able to get through them all. So again, I have a lot of favorites. With that, I’m gonna be a little cheesy here and say the best meal in Seattle is (almost) anything my husband cooks. My husband is Brazilian and thus food and cooking is a way of expressing love, appreciation, support. It’s a way of celebrating family and by god, my man can cook! His Brazilian dishes are just ridiculous!

The one thing on my task list for the last decade which I never seem to have time to do is update my music files. I’m still quite upset that we moved away from CDs and the ability to actually shop for new music at Tower Records or the like. So, my music collection has a little bit to be desired. But my music is like my family and best friends: no matter how much we may get tired of each other, we can still be counted on no matter what to be there when needed and offer just the right words to get me through. When I’m sad I pull out my ’80s and ’90s you-broke-my-heart-you-son-of-a-bitch songs from Tori Amos, Sarah McLachlan, Dido and the Indigo Girls.

What gets me up? Bring in the new millennium remixed versions of the same, and throw in some DJ Tiesto, Rob Dugan, Paul Okenfold and I’m good to go. Basically, anything that hits 185 BPM and up does it for me and I likely have a copy of it somewhere.

How I answer this questions depends on what hat I am wearing. If I’m speaking from the point of view of a producer then I would say the most crucial element is the director. A director does so much more than just direct. The director is the key element and person that finds the right designers and actors for the script and for each other. They set the tone, expectations and standards for collaboration: communication, scheduling, steps to achieve vision, etc. They are (hopefully) the entity that inspires everyone.

This inspiration alone can make or break a production. They connect everyone on board with the higher purpose of the production knowing why the story should be told and how it should be told. The director holds the not only the direction the team takes in their hands but also holds the spirit of highly creative individuals in their hands. The right director can guide individuals and teams to create the next Hamilton. I think the mistake a lot of directors make is that they feel they have to come up with all of the ideas and all of the designs themselves and their team executes these elements. This is not correct. The best directors I know are visionaries who guide while allowing their people to do what they do best.

As a director, I would say that vision is the single most crucial element. For me, it starts with an emotional picture. As I develop my vision of a production, I talk to my designers and actors about how certain elements of the script make me feel—or how I want them to make me feel. From this emotional point, colors and sounds start to form in my head—and my heart. As I continue to allow these to grow I share my ideas with my designers first and from them, solid, tangible items for the production begin to appear as possibilities. The same thing happens with the characters and actors. I have a strong idea and desire for who a character is and then I try to find the actor who can pull that off honestly and wholly’and be great to collaborate with.

Once the role is cast I allow the actor’s qualities and sensibilities to bleed into my vision of the character. It’s more complex than this—or maybe simpler?’but from this the show presents itself to me long, long before I go into rehearsals. I know where I am going with the production. I know what I want the living room to look like, or what I want elements of it to be present and I let the designer build upon that vision bringing their own vision to merge with mine until we have built a room that feels like it felt months ago in my emotional vision. I know what emotions a scene needs to stir in my audience. I know the depths of the relationships between characters and have a strong sense of who each character is at their core. Directors should come in with a vision. Period. And then we start rehearsals and we learn and we grow and the vision is the foundation we build upon and guide others to build upon while allowing it to be fluid to adapt to new discoveries and ideas.

No matter who the founder is, or who the artistic director is, or who is running a theatre, theatre is a community resource and belongs to the community that it serves. Those of us running theatres or creating it are simply stewards of this resource. We are servants to the organization that belongs to the people who support it’actors, designers, patrons, donors, etc. We are here for THEM. I think there are folks who would not agree with me. But I see a lot of theatre companies pop up with the concept they are going to do the work THEY want to do the way THEY want to do it. And then they wonder why there are no butts in seats. And then they disappear.