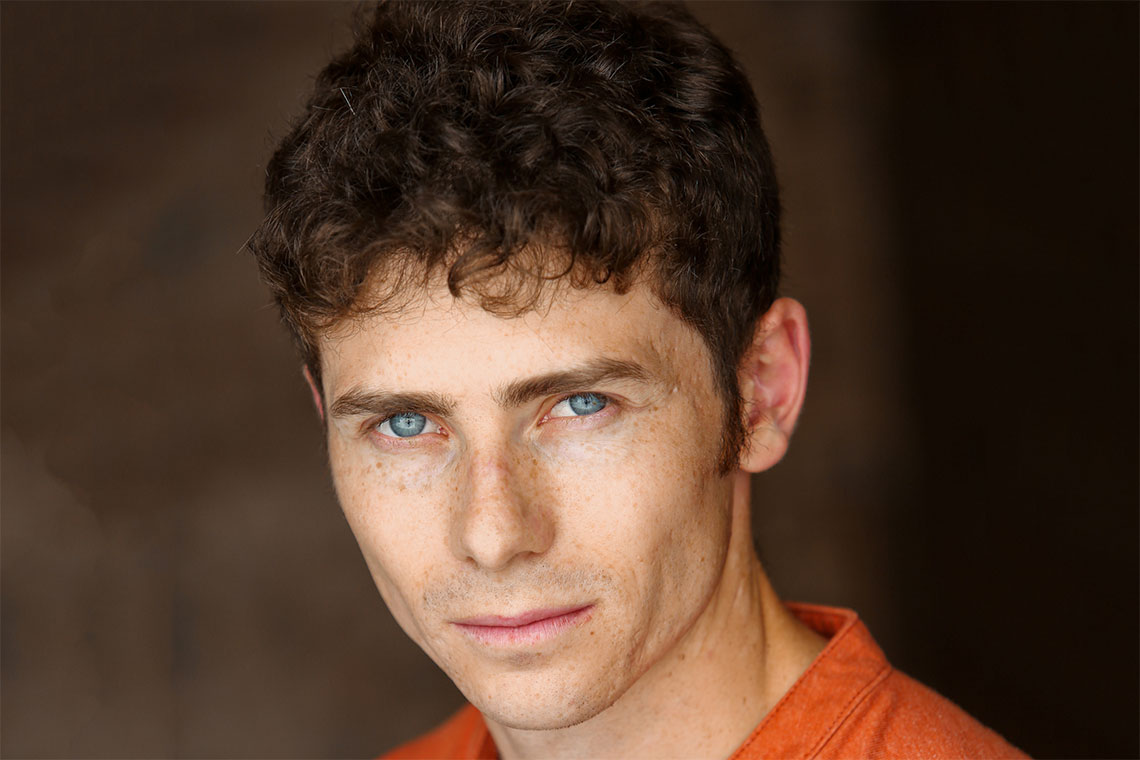 Conner Neddersen is an actor, Cornish grad and company member with New Century Theater Company. Most recently you might’ve seen him in Strawberry Theatre Workshop’s 9 Circles and playing the title role in NCTC’s My Name is Asher Lev. Last fall he played the chronically depressed Uncle Poul in NCTC’s excellent Festen, where he injected comic relief into one of the most emotionally intense shows of last year. He’s also performed at ACT (A Christmas Carol), Taproot (The Explorers Club) and Seattle Shakes (Henry IV Part One, Two Gentlemen of Verona, Twelfth Night).

Next month, Neddersen will tackle the role of Hamlet in Seattle Shakes’s Wooden O production, running July 7 through August 7. He joined me for this week’s installment of Five Friday Questions.

I’m a massive soccer fan, and as a kid playing indoor soccer I remember seeing video snippets of the Brazilian Ronaldinho. The sheer joy on his face and the beauty of the Brazilian Joga Bonito style that he was playing was utterly inspiring—the joy and the soft focus, always smiling. I will watch it as sort of a reminder that creativity and expression are most free to roam when you’re having a good time.

I’ve given this question a lot of thought. I love breakfast. I am constantly searching for the best Eggs Benedict in town, and after ten years of living in Seattle I still haven’t found a better Benedict then Glo’s on Capitol Hill. So good! I used to go there every weekend with friends even when we all knew we couldn’t possibly afford it. I can eat a breakfast there and be good all day. Although for lunch Tacos Chukis on Broadway, just a small hole-in-the-wall place on top of a smoke shop, is the first place I tried pineapple in tacos. I never looked back. I don’t think there’s a day that goes by where I don’t consider picking up a taco from that place.

Tupac’s “Me Against the World” really hits the spot when I’m getting amped up to do something, make something. I have Tupac’s second-to-last verse memorized, and I’ll say it to myself when I’m warming up, or when I’m walking somewhere, or in the shower. It’s got this driving force to it. I love lyrics and the poetry of the song.

As for when I’m feeling down? Gotta be “Hey Jude,” but this one in particular, and I know y’all post videos of what I’m talking about, so it’s gotta be this one haha. It’s a specific performance of “Hey Jude” where the Beatles are messing around for a spell, playing their instruments and whatnot, then the host stops them, saying something along the lines of “magnificent, magnificent, never heard a better orchestra, etc.” Then they play the song and most of it is shot as a semi close up of Paul at his piano. He just jumps right into the song, and it’s like he’s talking right at you. Makes me feel good again. I’ve always wanted advice from a Beatle, and if that’s the closest I’m going to get, that’s okay with me.

Technically: cohesion. But I think more importantly, respect and gratitude and or love—don’t fake it—between you and your fellow artists in the production, especially in theater.

While we were running My Name is Asher Lev at NCTC one of the most common responses we got was, “You guys really were a family up there.” Well, it’s because we were a family offstage as well; fighting, joking, caring for one another. How you treat someone offstage WILL inform what goes on onstage. I think it’s pretty unavoidable.

It was more of a reality check than a lesson someone taught me. We were doing Twelfth Night, my first main stage show at Seattle Shakespeare. I was playing Feste, who plays the guitar. I never played in front of anyone who I wasn’t close to, only friends who would put up with listening to me butcher various ’90s alternative rock songs. It was the night after opening, and I found out that Eddie Vedder was in the audience. Mike Dooly saw how nervous I was, turned to me and said, “There is only one Conner Neddersen, man. Show them what that name means.”

At first I laughed it off—it was an off-the-cuff statement—but I never stopped thinking about it. When acting onstage, honor who you are, have fun with who you are, respect who you are, and then share it. You are the only one who carries your own name; it’s worth something.