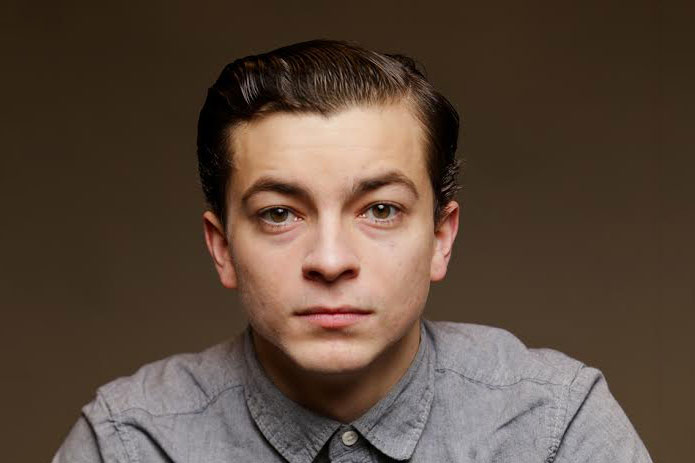 Christopher Morson is an actor and Cornish grad who’s playing the lead role of Ray Midge in the world premiere of The Dog of the South, opening tomorrow at Book-It and running through March 8. He also played Huck in Book-It’s well-received 2013 production, Adventures of Huckleberry Finn: Uncensored. More recently, he played Speed in Seattle Shakespeare’s Wooden O production of The Two Gentlemen of Verona and Sebastian in their mainstage production of Twelfth Night.

With final rehearsals underway for The Dog of the South, Morson took time out of his hectic schedule to join me for this week’s edition of Five Friday Questions.

I’ve been watching the first season of Saturday Night Live, which I had never seen before. John Belushi, Dan Akroyd, Gilda Radner: Brilliant! There are two specific performances that have stood out thus far. The first would be Belushi singing “A Little Help From My Friends” with Joe Cocker and the second is him standing up to Rob Reiner about how the best they could come up with is “BEES!” Those are performances that I could watch over and over. Can’t wait to watch the rest of Season One!

Seattle theater scene: Jack Willis as LBJ in All the Way and The Great Society.

The best meal in Seattle is Purple Cafe & Wine Bar downtown. Not only is the food spectacular and the ambience perfect but every meal can be paired with a wine, from appetizers to dessert. My Italian roots are so happy anytime I go there. Good food and wine, what else do you need? (Also they have the most attractive staff.)

My pump up jam is “The Impression That I Get” by The Mighty Mighty Bosstones, a ska-core band from Boston. Dicky Barrett’s vocals are insane! My morning wake up jam since high school has been “Good Morning” by Kanye West. Yes, Kanye is a douche but his album Graduation got me through a lot.

“Your Hand in Mine” by Explosions in the Sky is my sad song. That whole album, The Earth Is Not A Cold Dead Place, really makes me feel… things. With its brooding, ominous melodies building into crashing climaxes. It brings back good memories and inspiration to get me through anything.

Do you have any opening night rituals?

Not really any specific opening night rituals, but I do have rituals. Any time I enter the theatre I “greet the space.”  I literally walk into the theater and yell “HELLO SPACE!” as if it is a living thing. I figure if I’m nice to the space it will be nice to me in return. Also, just before the show starts I go and sit in random seats in the house and just look at the set. I try to imagine what people will be seeing.

Awareness and redemption. Every performance should be better than the last. If something doesn’t go right in performance you have the next one to get it right. Every time you visit a show you can go deeper, find something new and be refreshed in the world of the play, all the way until closing weekend. I continually look at my script until the very last show. Thank you, Jim Gall.