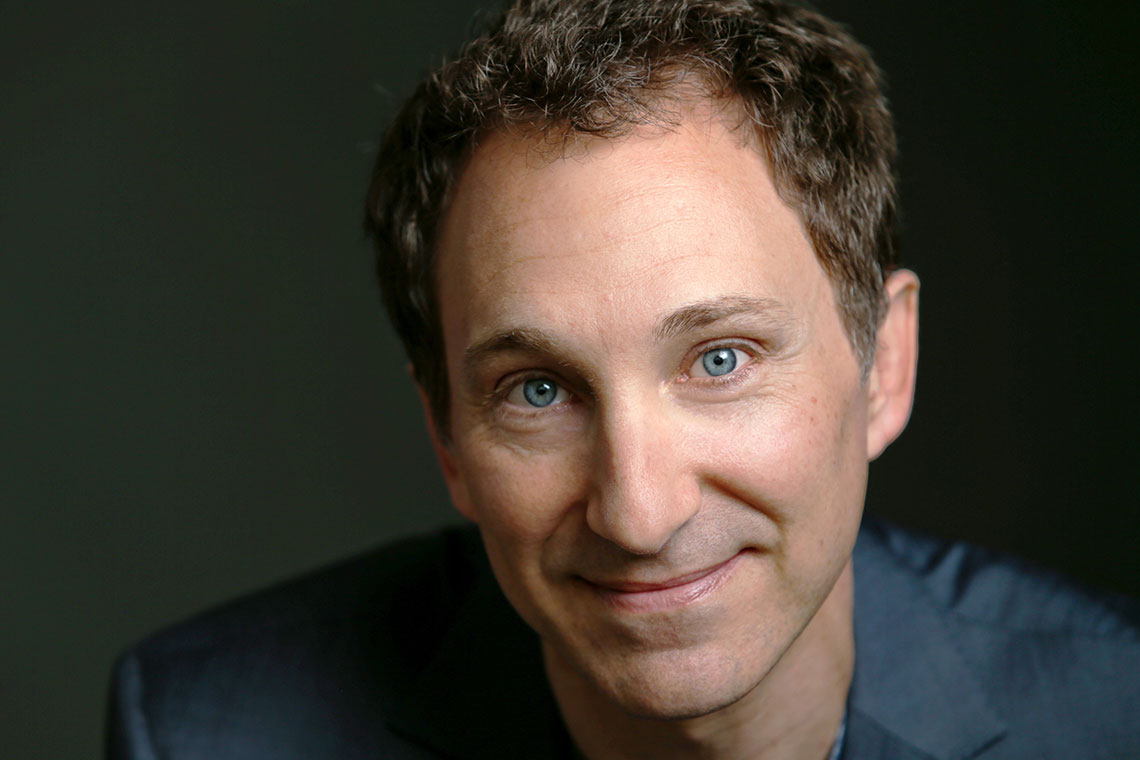 Chris Ensweiler is an Equity actor who’s been in Seattle since 2009. He’s performed with ACT, Seattle Rep, Intiman, Seattle Shakes, Book-It, Endangered Species Theatre Project and 14/48 and many others. He’s currently playing Edward Bloom in Big Fish at Taproot Theatre. (Check out our rave about the show and our 5 Fri Q with castmate Sarah Russell.)

Next up, Ensweiler will be appearing in the Intiman’s production of Wedding Band, opening September 6. In January he returns to Village Theatre to play one of the clowns in The 39 Steps. He joined me for this week’s installment of Five Friday Questions.

Mads Mikkelsen in the Hannibal TV series: charming, sexy, dangerous and yet very subtle. I am looking forward to watching his recent comic film Men & Chicken (in his native Danish).

Seattle now has such a plethora of amazing restaurants but on an actor’s salary I’m afraid I can’t tell you the best. I can tell you that my favorite go-to place is Bizzarro Italian Café: fantastic food, unique and entertaining atmosphere with a very fun and friendly staff.

I’m currently listening to Pitbull and Hadag Nahash (Israeli hip hop/funk band) when I work out; pretty much any music from the 1970s will put me in a good mood.

For quieter times I listen to Blake Shelton or John Mayer.

Supportive and collaborative co-workers. Everyone involved in creating a production—administrative staff, marketing, director, designers, scenic and costume staffs, stage management, backstage crew, band and the ensemble—needs to be, as I like to say, “in it to win it.”

I’ve had the pleasure of working at many theaters in Seattle and other cities and have found that if everyone involved works together and supports each other, a great and meaningful experience will be created for the audience. I believe Big Fish at Taproot accomplishes this goal (as well as being a wonderful journey for me).

“Live where your heart is happy.” This advice was given to me by Rocco Dal Vera, a Professor of Drama at the University of Cincinnati’s College-Conservatory of Music. I had just received my B.F.A. in acting from Wright State University (Dayton, OH) and was talking to Rocco about committing to a life in theatre and my brief stints living in New York, Los Angeles and Chicago. He told me that, if I heeded this advice, then everything else would fall into place. I am pleased to report that Rocco was right!