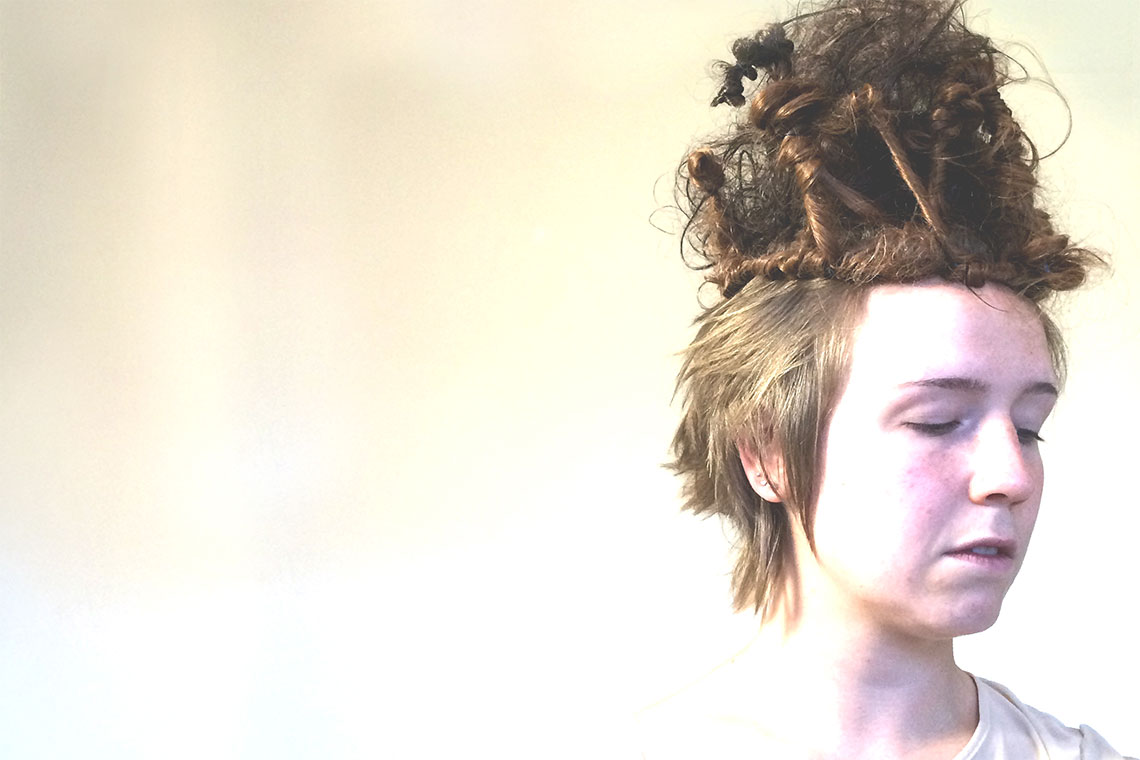 Calie Swedberg is a dancer and Cornish grad from Minnesota. Since moving to Seattle in 2006, she’s performed with Saint Genet, The New Animals and others. Recently, Swedberg traveled with a group of Seattle artists to Belgrade, Serbia to create and perform in a series of shows titled Vernae. This project will live on as a film by director Ethan Folk.

You can see Swedberg’s solo installation in the upcoming NEPO 5K Don’t Run on August 29. In October she’ll be performing with Anna Conner + Co as part of Velocity Dance Center’s Made in Seattle program. She also collaborates with with Sleep Nod, a heavily film-based dance project conceived of by local artist Dylan Ward; and in an ongoing series of events created by Keith White entitled Receive A Kindness (to get in on some of that kindness email receiveakindness@gmail.com). Swedberg joins us this week as the first featured dancer for Five Friday Questions.

I feel like I’ve missed out on a number of exciting shows recently. It has been such a full summer! The standout performances of this year for me have been Alice Gosti’s How to become a partisan, which left me full and thankful for community, space, and the gentleness of time passing; Louis Gervais’ shapeshifter, a one-man show/workshop on making dreams come true which brought me to tears by ways of laughter and of deep and genuine tenderness; and a concert by Sleep, which simply blew my mind; the best guitar playing I’ve ever seen.

There are SO MANY places I love to eat in Seattle. I’ve always been opposed to answering what the best of anything is, as I refuse to claim that sort of authority. I can tell you that my go-to comfort place is Joe Bar. Any one of their perfect panini sandwiches, with either a 12-ounce Americano or glass of wine, depending on the day. I try to leave it at that but usually go back for a chocolate chip cookie. I have very little self control.

To get pumped up: Prince. Always Prince.

To wallow in my downtimes: Joanna Newsom, specifically the song “Sadie”; and Joni Mitchell’s Blue.

Assembling the right team. Being a part of Saint Genet is when this became most clear to me. It is about the love and commitment that we bring to the collaboration that makes for a strong product. It is not about gathering the people with the most impressive resumes, but gathering the people who will work hard together and create space to care for one another’s needs throughout the process.

This is more specifically a lesson vital to me as a dancer/performer, feedback from a beloved teacher back in Minneapolis, Erin Thompson: See. Use your eyes. Actually see.