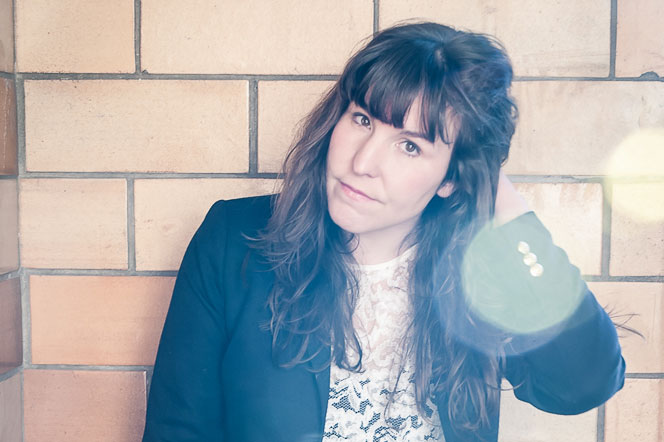 Caitlin Sullivan makes some of the most inventive and engaging theatre in the city. As Artistic Director of the Satori Group, that Genius Award-nominated font of collaboratively generated new work, she’s directed the acclaimed world premieres of innovative plays like Winky, Fabulous Prizes, reWilding and this year’s Returning to Albert Joseph.

It’s been a busy time for Sullivan. This past spring she was awarded a prestigious fellowship with the New York’s Drama League Directors Project and she’s been ferrying between coasts since—she heads back east tomorrow to direct Dipika Guha’s Mechanics of Love as part of The Drama League’s Directorfest. I caught up with the highly mobile Sullivan for this week’s installment of Five Friday Questions.

Kendrick Lamar’s recent performance on SNL. I can’t stop thinking about it. It felt like it was talking forwards and backwards, a performance aware of its place in history, a throwback with an emotional current that is specific, necessary and now, an articulation that reached beyond where my words end.

Other bests: Industrial Revelation’s and Jinxx Monsoon’s performances at the Genius Awards made me both proud and humbled to be an artist in this community.

Writer/perfomer Hannah Bos’s performance in The Debate Society’s latest show Jacuzzi was masterful. The company creates these incredibly detailed theatrical worlds and then she lives joyfully and surprisingly inside of them. I love watching an actor blur the line between creation and interpretation.

And finally, I am loving Aminatou Sou and Ann Friedman’s podcast Call Your Girlfriend. Those ladies are performing female friendship at the highest level.

I’ll say that those states aren’t mutually exclusive. I think my favorite music helps me ride between. [Frank Ocean’s] Channel Orange has been my most listened to album for the past few years. The Talking Heads are a constant. And I’m always returning to LCD Soundsystem, especially when it gets dark and dreary outside—I like my dance music with a serious side of melancholy.

More to the question: Laura Marling’s Once I Was An Eagle makes me weep and my heart soar, and Fiona Apple is great for both wallowing and moving through that into anger and action.

As for pure pump-ups: Beyoncé. A year later, it’s still got me. It’s a perfect pop moment. And I am far from immune to the charms of Taylor Swift. 1989 pro-tip: forget “Welcome to New York” ever happened, put “Blank Space/Style/Out of the Woods” on repeat.

Sleep, time with family and friends and getting out of town (wherever town is right now). I have been known to show up to opening with a suitcase in tow.

Probably my phone and whatever notebook I’m currently working out of. My Kitchen Aid mixer is probably my favorite possession. I do a lot of baking, especially when I’m in the middle of a project. It’s a huge stress relief.

And my Miseducation of Lauryn Hill world tour t-shirt. I never travel without it. It’s perfectly worn from fifteen years of love and a reminder of one of the best performances I have ever experienced.