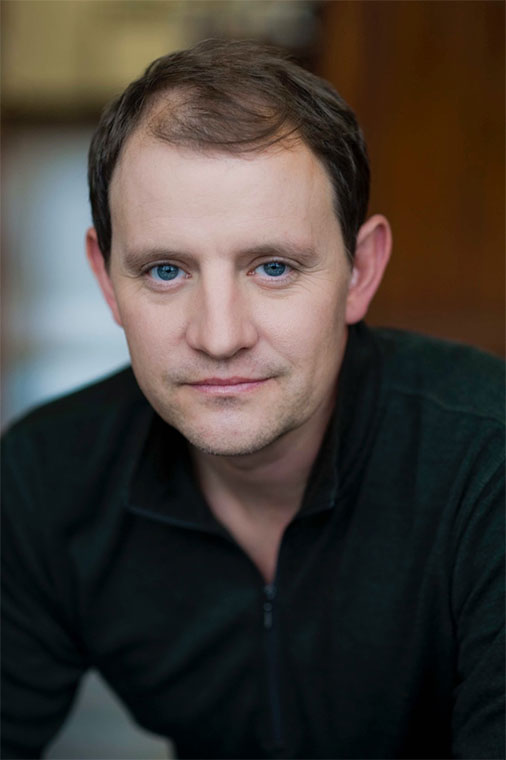 Bradford Farwell is an actor and member of New Century Theatre Company with whom he most recently performed in acclaimed productions of My Name is Asher Lev and Festen. He’s also worked for Seattle Rep, Intiman, Seattle Shakes, Strawberry Theatre Workshop and many others.

This month he’ll be in Daisy at ACT, running July 8 through August 7. Later this year he’ll be in Charles III, which will run at ACT in San Francisco, The Shakespeare Theatre in Washington D.C. and here at Seattle Rep. Farwell joined me for this week’s installment of Five Friday Questions.

Seattle is at the top of its game right now when it comes to theatre performance. Conner Neddersen’s performance in 9 Circles at Strawshop was impressive, and I have to say Kirsten Potter’s performance in A View from the Bridge at Seattle Rep was stunning. She is the definition of a leading lady, but she took on her supporting role with a passion that made the story sing. Outside of theatre, Kendrick Lamar’s performance at the Grammys this year is a must see. Game-changing art.

The best meal I’ve had is at Le Pichet. Go on a Sunday morning and have a glass of wine with your eggs and coffee (then a nap around 11).

With the invention of Apple Music I have started to revisit my youth. I was a huge Rush fan when I was in my teens—you know, 10 years ago—and I was recently air drumming to “The Temples of Syrinx” and pulled a muscle in my back. (No, seriously, I did.)

As for when I’m sad, anything by Joni Mitchell.

And Tweedy’s album Sukierae has a track, “Nobody Dies Anymore,” that cuts me to the bone.

There is so much that goes into a piece of theatre. It’s a hard thing to accomplish in this country right now. It seems that anyone who needs to be nurtured past the age of three is viewed as weak but to do my job well, nurture is a requirement. We’ve lifted the individual to such a height that sometimes we forget the best of us lies in the people across, beside and in front.

I performed two shows with my theatre company this year and in both instances the crucial element was stage management. In Festen, Tori Thompson was the only reason we didn’t go completely off the rails. She was a rock of competence and grace, and in Asher Lev we had the talents of David Hartig, who kept us all in his loving hands.

Right now I am rehearsing Daisy at ACT, and our stage manager JR Weldon is simply one of the best in the business. There is a wonderful old saying: A smart parachuter always smiles at his packer. Really, if you don’t, you could die a horrible death.

I wouldn’t say it was useful—and probably a bit ironic considering I sitting here at one o’clock in the morning talking about myself—but it’s a phrase I heard very early in my career: “The greatest thing an actor can be is anonymous.” As an actor I have the enviable position of being the face of our particular art, but if I am recognized as anything other than the characters I portray I take away from the story.

Actors are simply interpreters, and when we become more it detracts from the overall collective vision. That being said, can someone please give me a talk show? I have two kids and I could use the cash.