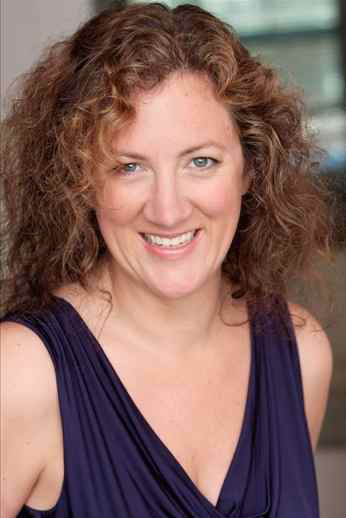 Annie Lareau has been directing theatre for the past twenty years. She’s served as the director of touring productions for Book-It with over fifteen shows at the helm, and more recently she directed the touring productions of Romeo and Juliet and Macbeth for Seattle Shakes. Last year she served as interim artistic director for ArtsWest, where she directed the acclaimed production of The Little Dog Laughed, and where next month she’ll direct David Henry Hwang’s Chinglish. Lareau stays busy. I caught up with her for this week’s installment of Five Friday Questions.

I was lucky enough to attend the opening of a play called Disgraced by Ayad Ahktar on Broadway. Some of his other work has been premiered here in Seattleas well. What struck me about this play was all of the difficult questions about identity, race and ultimately human nature that it dares to ask unapologetically.

The performances were tremendous and powerful, each with its own storyline that lived in a very grey world where each character had darkness and well as light. It is the kind of play that leaves you thinking and struggling with your own biases and preconceptions and that kind of thought provoking theatre is right up my alley. Plus, I LOVED seeing such a diverse cast on stage. Such a rarity and it shouldn’t be.

I have a particular fondness for Bizarro in Wallingford. Love its funky ambience and the food and wine are amazing. Their seasonal ravioli at the moment is to die for. Plus it is run by another local artist, Jodi-Paul Wooster, and I love the chance to support other artists in their other passions.

Macklemore or Alicia Keys. When I am sad, I like a good Patti Griffin ballad.

What sunny weather activity are you most looking forward to?

I am looking forward to drinks and lounging with friends on my back porch as well as dusting off my kayak and perhaps having enough time to get out on the water this year. On particularly hot nights, I love a late night dip in Lake Washington after rehearsals when time allows.

I had a wonderful professor in college who once told me two things that I live by in working with the theatre. The first was to always ask yourself before you take a job in the theatre if it fulfills two out of three of the following: Does it fulfill you artistically and push you to be better? Does it advance your career and get your more exposure to those who might hire you in the future? Does it pay the bills? If the job can fulfill two of those things, then take it. If not, think hard and long before you commit.

The same professor also told me to never spend my entire life in a theatre and only surrounded by theatre people. Go out and experience things outside your circle. If you don’t you will never have any material from which to draw from when you are immersed in the theatre.