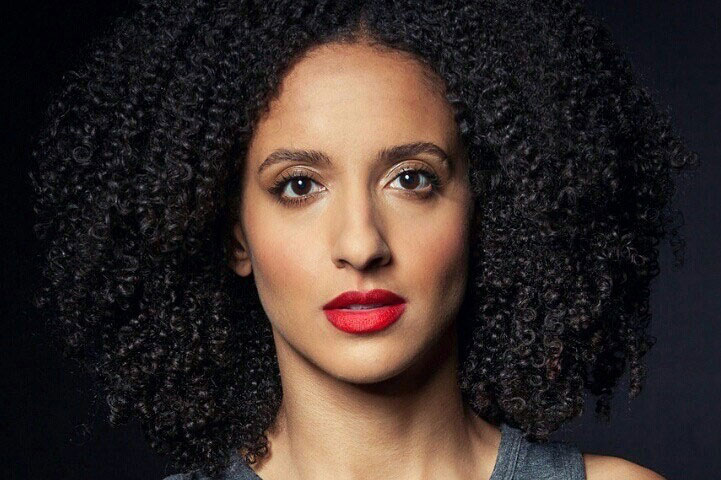 Allison Strickland’s been prolific lately, from last spring’s lead role in Taproot Theater’s In the Book Of to Clea in last summer’s Black Comedy at Strawberry Theatre workshop. Last month she finished a run of August Wilson’s The Piano Lesson at Syracuse Stage and she’ll revisit it next month at the Rep. Recent Questions subject Caitlin Sullivan described Strickland as “a total badass.” I’ll add that she has utterly fierce and funky taste in music. She joined me for this week’s installment.

I haven’t seen it live, but Lauryn Hill put out a song called “Black Rage” in response to the events in Ferguson. Putting out something as brutal and beautiful and relevant as that song is, I think, working on the highest level as an artist. My generation is seriously lacking in mainstream political music. Party escapist music certainly has its place, but where are our Nina Simones, Public Enemys, John Lennons, Marvin Gayes? This is the closest we’ve gotten in too long.

I just saw Cabaret on Broadway—cliche, I know—but the performance that actually struck me was Alan Cummings’s understudy. I was kind of bummed that Alan wasn’t going on, but then as I sat watching I just kept thinking what an amazing opportunity this guy has, how terrified or excited he must be to go on and what a thankless, unwinnable job it is to replace the guy you know everyone bought the tickets for.

After the show this teeny old woman goes up to the usher and says, “Fantastic show, but where was Alan?” Firstly, I thought that was hilarious, and secondly, this guy just sang and danced his heart out, but that was that. I’ve been thinking a lot lately about what success means for me, and to see a guy who isn’t a name get up there, just do the work and kick ass because that’s his job—I thought, Alright, that’s a real actor right there.

You know, I’m one of those people who listens to “pump you up” music when I’m sad. If I sat around sad, listening to sad people singing about being sad I’d jump off a cliff. So I either go super funky with it—I love old soul, Otis Redding, Betty Davis, The Temptations, The Impressions (yes, I’m secretly a little granny)—or lately I’ve been listening to more and more hip hop, pre-Kardashian Kanye, Jay-Z, music that really hypes you up and makes you feel unstoppable.

And of course, what seems to be the running theme with Five Friday Questions: Beyoncé. She makes you feel sexy and empowered. It’s that divine feminine energy that society seems to desire and fear in equal parts. She gives you the permission to sing along with the lyrics “there’s nothing not to love about me” and totally mean it.

If I’m feeling like keeping it mellow I’ll put on jazz or old timey reefer music. And if I must, and it’s the odd night I want to hide under the covers and get down on some chocolate peanut butter ice cream until I cry myself to sleep, I’ll throw in some Adele and call it good.

What’s your best method for coping with the long Seattle winter?

I’m the worst person to ask. I don’t mind the grey, but I absolutely hate being cold. I even have a song I sing that used to drive my friend crazy, it’s to the tune of Al Green’s “Tired of Being Alone,” called, “I’m So Tired of Being Cold.”

My way of coping this year is to just really appreciate it. I’ll be moving to NYC next year (where it’s nice and warm in the winter) so I’m just trying to soak in all the time I can with my mom and my amazing friends and eat at all of my favorite spots. That’s generally the best way to cope with anything, surround yourself with people you love and who make you laugh. And a hot toddy never hurts.

Do you have any opening night rituals?

I don’t know that I have any opening night rituals per se.

A weird sense of calm usually comes over me until about 30 minutes before places. Luckily, that’s not really enough time to have a full-on freak-out, so I just say a little prayer, try to keep my body as relaxed as possible and give thanks to the people who came before me.

I’m gonna get really hippy woo-woo on you—and it’s not necessarily on opening nights—but about this time last year I realized that at some point in every run since my very first play I have a moment standing backstage, listening to my fellow actors or the murmur of the audience, and it hits me just how many people worked hard to open doors for me to do what I do. As a person of color and as a woman, it’s not lost on me that my voice and body is still somewhat of a rarity on stage. I love telling stories and playing make-believe, and my biggest hope is that I’ll do enough in my career to continue opening doors so that in 50 years, when a woman is standing backstage listening for her cue, she’ll think of me.

What’s the most indispensable thing you own?

I go through these cycles of hoard and purge, hoard and purge. It’s hard for me to let go, but when I do I really REALLY let go, to the point that my Mom has to convince me to keep certain things or at least to give them to her so she can keep them for when I inevitably want them back. She’s saved me from a lot of forgotten memories, but there’s still some excellent clothes that I still mourn, like the most perfect peacoat that I bought in London and donated instead of just getting relined like a normal person. Right now I’m in purge mode, but I do love my lap top.