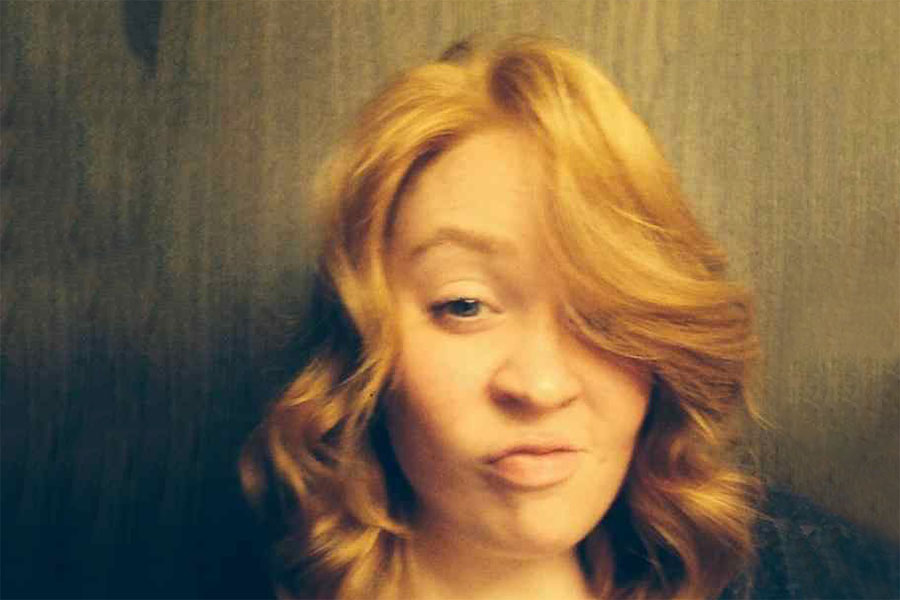 Alex Highsmith is a 25-year-old actor from Utah who recently settled in Seattle. You might know her from her brilliant performance in the Intiman’s Angels in America as Harper Pitt, a Valium-addicted, hallucinating Mormon housewife married to a closeted gay man.

She infused her character’s desolation and befuddlement with native charm and genuine humor, wresting laughs out of the bleakest of domestic circumstances. She’s talented. Highsmith joins me for the inaugural edition of Five Friday Questions.

Confession: my first instinct upon reading this was to say Beyonce’s halftime show at the Super Bowl two years ago. Seriously, it gave me chills. It was the first time I felt like I had seen a real, all-around rock star performer in my lifetime, plus I’m a Millennial and a sucker for pop R&B.

However, the best performance I’ve seen lately, truly, would probably have to be those of Anne Allgood and Chuck Leggett in Angels in America. And yes, I was in that show, so this is totally biased and maybe partially a lazy answer but it keeps coming back to me and I’ve thought it for months.

There’s a scene in Part II where Roy (Chuck’s part) is just about to die and Ethel Rosenberg (Anne) sings him to sleep despite her complete hatred for this guy. I’ve never gone from astonishment to tears to laughter and back again in such a short span of time. Like two minutes. Then they both walk off stage and Chuck eats soup and Anne knits.

It’s so innate for those guys, and they never linger. I think that’s what makes the best performances “the best”—watching is like trying to hold water in your hands. It feels so true and good and like nothing else in the moment but you can never quite hold on to it. I learned so much from watching them, on and off the stage.

Oh geez… the bar? Any bar? I’m relatively new to Seattle, and even more so to the theatre community here, so I don’t have my own “Cheers” or whatever yet. But I think it’s the same for many actors or artists in general, for that matter; after a show, or any sort of display of “your stuff,” there’s this straddling of a line between needing to intake and to outpour. Like, I’m exhausted and need to curl up into a ball somewhere warm and quiet but I also need to keep riding the wave of energy I’ve been on for the last however-many hours or I’ll feel crazy.

It’s something I’m actually starting to pay real attention to as I grow into myself as an actor, because it can change from day to day, and honoring those changes is, I think, what keeps one going. But also I usually just want wine and Solo Bar in Queen Anne is good for that.

Angels must have been an exhausting marathon to run—did you “treat yourself” to anything special when it closed?

Yes. A good, solid cry and a trip home. That show was so much fun and if my body (and my contract) would have let me, I would have done it forever. But as soon as the show closed I got strep throat and also super sad. Closing a show is like ending a lifetime, and there’s a bit of a grieving process that goes along with it, as well as some physical catch-up.

Luckily, my mom was in town to see closing night and after realizing I had a week of down time between projects she scooped me up and took me home to Utah. I did absolutely nothing for four days. It was awesome.

What is the best meal in the wintertime?

My relationship with my mother. She is so effing wonderful, and as I get older I find myself calling her less and less for things like money or emergencies and more and more for advice and guidance. I would definitely be dead without her. Well, I guess that’s true no matter what way you look at it, but you know what I mean.