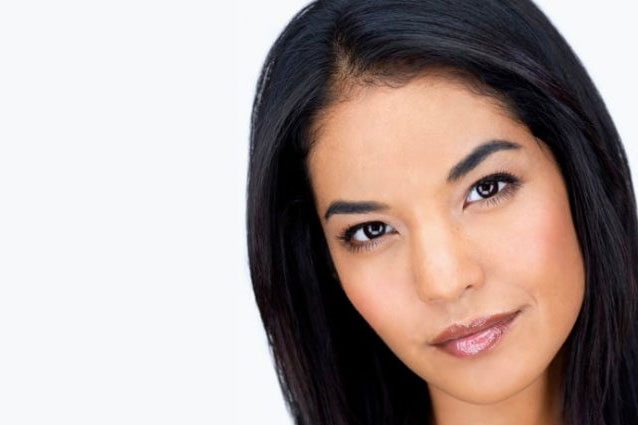 Janelle Velasquez is in the David Bryne/Fatboy Slim rock musical, Here Lies Love, being staged at Seattle Repertory Theatre. A Seattle-native, she got her BFA from Ithaca College and her MBA from Pepperdine. She has been involved with Here Lies Love since its earliest iterations. She’s also been on a few TV shows (CSI: Miami, 90120).

We sat down to talk to Velasquez for a few minutes about breathing, West Side Story and Seattle’s vibrant arts community.

What first inspired you to be an actor? When did you realize you could do it for a living?

To be perfectly honest, my acting inspiration was Jodie Foster’s performance in Nell. I was a child and my mother forced me to see that film against my will—I wanted to see My Girl 2—and I’m happy she did. I was dumbfounded that someone could transform in such an extreme and riveting way in order to tell a story.

But my true inspiration came in high school. I actually grew up in Seattle and attended Roosevelt, which has an outstanding theatre program led by the remarkable Ruben Van Kempen, at the time. He encouraged me to explore performance beyond dance—I was a PNB kid—by sending me to a Summer Fine Arts Camp in Fairbanks, Alaska. It was there that I developed a passion for acting and made the decision to pursue performance as a career.

I am very excited to see this new production of The Secret Garden at the 5th Avenue Theatre. I’m in love with Lucy Simon’s score and I heard wonderful things about its run at Shakespeare Theatre Company.

What do you do before you go on stage?

My rituals vary depending on whether I’m doing a musical or a play. But sun salutations are a definite for both.

I do a breathing technique I learned in college where I pinch my noise and breathe in through one nostril for eight slow seconds, hold for eight, and then breathe out the other nostril for eight seconds and hold, repeating that cycle a few times. It sounds weird, but it helps me to get the breath going and the blood flowing.

What piece of art has always inspired you? Why?

West Side Story. I used to watch that film day in and day out as a child. Maria was the first role I ever played at arts camp and the music rouses such excitement and all the nostalgic feelings of being a kid and watching these people sing and dance and saying to myself, “I could do this one day.”

First off, Seattle has such a vibrant and eclectic arts community, from music to theatre to dance to glass blowing and so on. It’s a city full of artists who are constantly creating beauty and thought provoking work—something that is so important, especially today.

It’s also a community that takes risks. I have been a part of Here Lies Love from the very first workshop and it was sad to see it come to a half after such successful runs in New York City and London. Seattle is the first city to test a new configuration and breathe life back into this magnificent show. For that reason I am both proud—being a Seattle native—and grateful!

The city is spoiled to have such extraordinary talent and top-notch venues and, in turn, the artists are so fortunate to have such a supportive community.