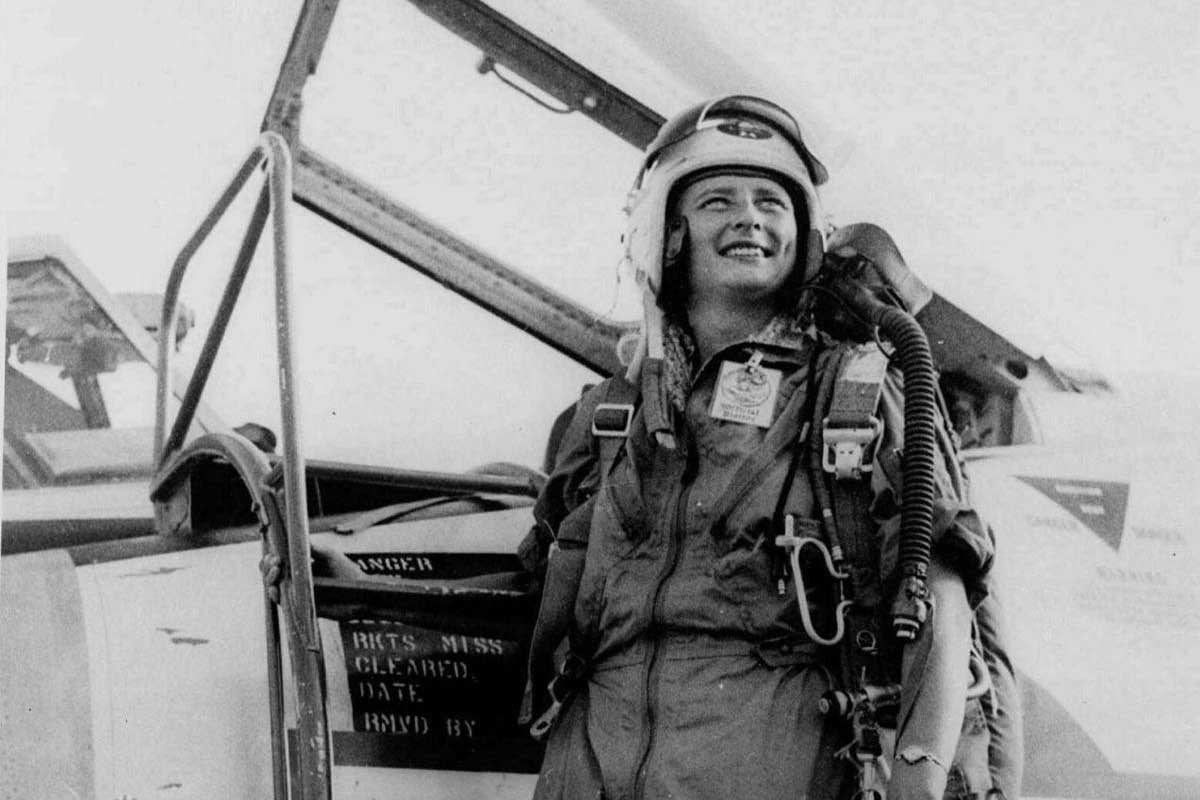 American aviator Jerrie Cobb paved the way for women to fly in space. Her story is told in TheatreWorks' 'They Promised Her the Moon.' Courtesy of AP

March has arrived, and that means it is time to celebrate women’s roles in American history (as if there is ever a time we shouldn’t be celebrating them). Around the Bay Area there will be activities, rallies, conferences, discussions and more, all centered around honoring the women that came before, and enhancing the lives of women today.

As an alternative to all the other events, we’ve compiled some recommendations in case you’re the type to observe Women’s History Month in a dark theatre. Whether you’re looking for a strong female performer, a woman-led dance company, or a play about a historical female icon, we’ve got the perfect performance for you to enjoy, learn from and, most importantly, celebrate with.

This award-winning tap dance company was founded by 2015 MacArthur Fellow Michelle Dorrance in 2011. Dorrance began dancing at age four and hasn’t stopped. She tapped with STOMP and Savion Glover, then became a solo artist, winning accolades from top critics around the world before forming her own company in 2011. Dorrance’s shows are known to pack a house—and her SOUNDspace troupe will bring 11 impressive tappers, a pianist and a stage full of innovative excitement to Stanford Live’s Bing Concert Hall.

They Promised Her the Moon

This play chronicles the true story of Jerrie Cobb, an American aviator who was part of the Mercury 13, the group of women that underwent the same physiological testing that their male counterparts did for NASA—all women ended up passing the test, but none made it to space.

Cobb was a world record pilot in speed, distance and altitude while still in her 20s, and her efforts with fellow female aviator Jackie Cochran helped pave the way for women in aviation and space.

Toni Stone, the culmination of a six-year collaboration between playwright Diamond and director Pam MacKinnon, tells the real-life story of a trail-blazing Bay Area athlete. Stone was the first woman to play professional baseball as a player in the Negro League. During her career she played for multiple teams in the league while enduring hostile crowds, ruthless team owners, and players who slide spikes first.

Winner of the 2018 Lucille Lortel Award for Outstanding Play and the Outer Critics Circle John Gassner Award, School Girls; Or, The African Mean Girls Play is a biting comedy that tackles the universal issues of beauty and self-worth that face teenage girls across the globe.

Written by Jocelyn Bioh and directed by Awoye Timpo, School Girls follows Paulina, the reigning queen bee at Ghana’s most exclusive boarding school who has her plans shaken up when Ericka, a new student, captures the attention of a pageant recruiter—and Paulina’s hive-minded friends.

Update on March 10, 2020: Please check arts organizations’ websites for current schedules. Due to the COVID-19 outbreak performance schedules may change.