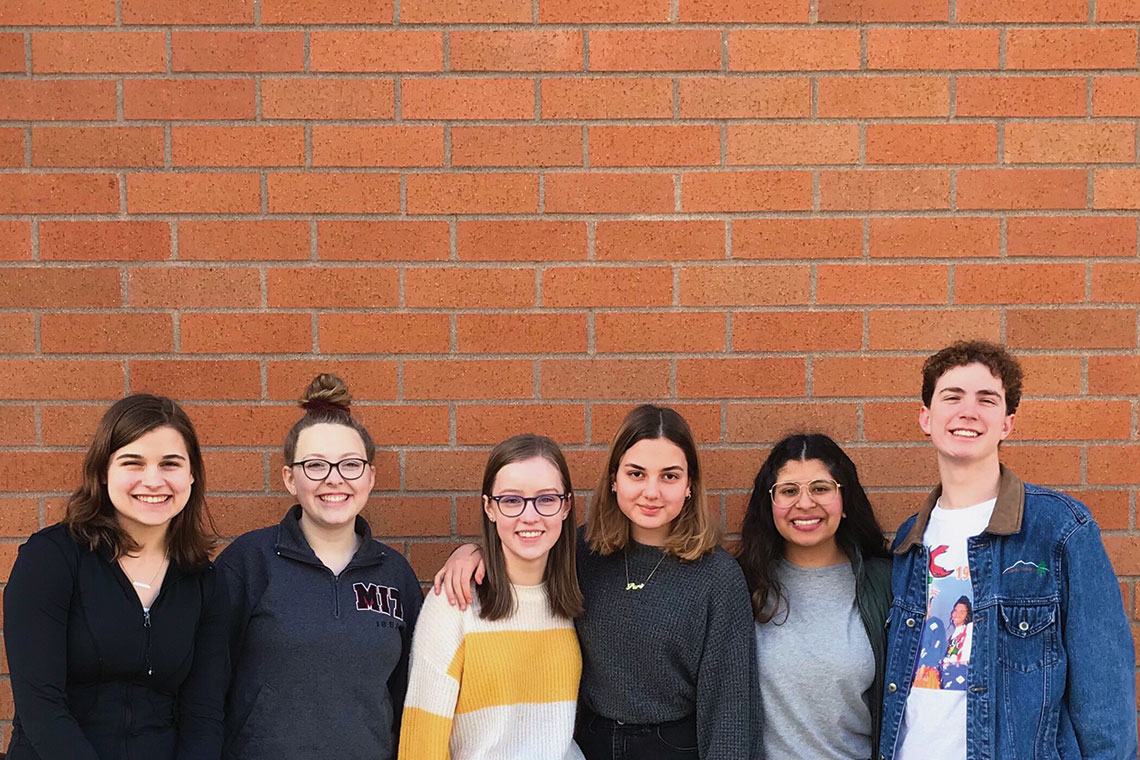 Encore asked TeenTix if one of their members from the TeenTix Press Corps program would contribute a piece about what teen activism means to them. Huma Ali shares her experience as an activist and feminist as a teen today.

As I’ve gotten older, activism has become increasingly popular among my peers. Maybe it’s because we desire a sense of belonging, have discovered unwavering principles to hold on to, or seek to create change—each individual has different motivations. But collectively, my generation has found power in our voices. As students, we have begun to speak out about the changes we want to see in society. We’ve planned walkouts, formed clubs and attended protests—we have become activists. But while some of us have pursued activism, another group has set out to bring us down. Growing up among a fairly kind bunch of students, it was unusual to see kids doubt the activism of their peers. Yet, I have come to realize that such a reaction is inherent to activism; someone will always second-guess you.

In the seventh grade, I befriended an upper-class student who introduced me to activism and the need for it in today’s world. Until that point, I had been under the impression that conflict was absent in our world. I thought war was a tale of the past, and that we lived in a utopian society. To some extent, I blame my elementary school curriculum for this because every Martin Luther King Day lesson left me, and other students, thinking that racism didn’t exist anymore. Well, I soon realized that’s not true. I learned that the world is not a perfect place. The world probably can’t be perfect, but it can be better. I became an avid human rights activist, labeling myself a feminist. Activism provides an outlet for individuals to support their beliefs in a way they will be heard. The power of their words allows for change, in a society that needs it.

We’ve planned walkouts, formed clubs and attended protests—we have become activists. But while some of us have pursued activism, another group has set out to bring us down.

Freshman year I joined my high school’s Feminism Club. It was a nice space, quite positive and full of like-minded individuals. But a torrent of hate lingered behind the club. Many students thought it was unnecessary—and some still do. Another group tried to start a “Meninist” club. Many of my peers thought of feminism as a derogatory term, and often called our events, like one of our walkouts, “stupid.” But these people wouldn’t make time to understand the reasons behind our actions. It is safe to say that it wasn’t always easy to be a part of the club. Recently, someone defaced our “Feminism Club! Everyone is Welcome!” poster by adding a line that read “no straight males.” It’s hard to comprehend a student’s motivation behind writing such a comment because our club’s priority is inclusivity. In response, we created an arrow out of tape, at the tail of which was another poster reading, “This is why we need Feminism Club. This type of mentality is exactly what we are trying to overcome. Feminism by nature is inclusive. We hope you will visit our club with an open mind!” I hope they actually come to one of our meetings. If they do, I don’t think I’ll be mad at them for defacing the poster—I’ll be happy they showed up and gave feminism a chance.

Being a teen activist, the most important thing I have learned is that you must stay rooted in your beliefs. People have agendas, intentional or not. You need to know what you are fighting for. There is value in the ideas of others, but there is power in the ideas you form by yourself. Activism empowers youth to fight for their beliefs through a viable means, in which they are given a chance to influence change in our society—at the very least, this is what it has done for me.

Huma Ali is a junior at Lake Washington High School who is passionate about the power of words. She is a patron of the arts, an active writer and works to make teen voices heard through TeenTix’s Press Corps program.